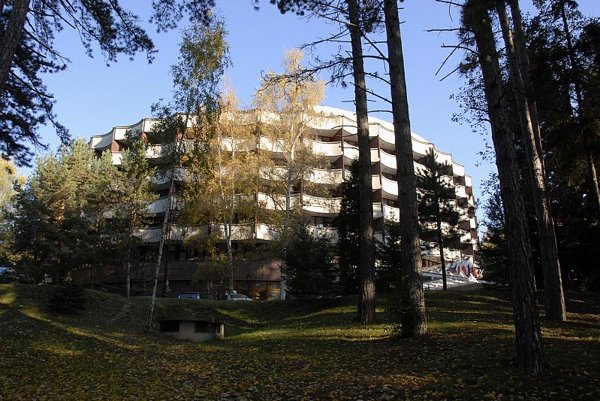 Slovakia is rich in deep underground springs with varying thermal and mineral properties. Information on the healing value of these waters for various illnesses dates back to the earliest settlements in what is now Slovakia. Apart from treatments based on therapeutic mineral water there are also localities, especially in Slovakia’s mountains, used for so-called climatic treatment. Altogether there are more than 20 specialised resorts in the country providing professional spa treatments.

The most popular spa destination for Slovak as well as foreign visitors is Piešťany on the Váh River.

“The most sought-after spa in Slovakia is Piešťany,” Peter Salem, executive director of Avicenum, a travel agency specialising in well-being which regularly brings foreigners to Slovak spas, told The Slovak Spectator. “Mostly clients from German-speaking countries and the Middle East come to Piešťany.”

His agency brings guests to spas in Slovakia from across Europe, mostly from the Czech Republic, Poland, Germany and Austria, as well as from the Middle East, primarily the United Arab Emirates, Kuwait and Lebanon. By using the internet Avicenum is able to attract clients from around the globe, but he said his company’s experience is that growth of foreign visitors to Slovakia is stagnating compared with previous years.

“There are several reasons behind this, but they are all based on the economic crisis and adoption of the euro after which Slovakia lost its attractiveness as a country with cheap services,” Salem said. “But the positive feature is that thanks to the drop in sales many businesses care more now about increasing the quality of their services and securing quality supplementary activities in culture, tourism and sightseeing, or sports because not only is the quality of the spa or the hotel itself important but so are the opportunities for spending free time. We believe that this stagnation is only of a temporary nature.”

He added that Slovakia's entry into the Schengen zone has helped the spa business because clients flying into Vienna now have easier access to Slovakia.

Salem views positive references as the main reason for customers of his agency to choose Slovak spas. He sees as a disadvantage the failure of Slovakia to systematically build its image as an attractive destination even though it has an abundance of quality infrastructure, a high concentration of natural beauties and interesting historical sights.

“Contrary to Austria or the Czech Republic, Slovakia has lacked an integrated concept for development of tourism which cannot be made from behind a writing desk but would also include involved businesses such as incoming agencies, tourism associations, hotels, and others,” he said.

Along with being the most popular, the 200-year-old Piešťany spa is also the biggest spa in Slovakia. It owes its reputation mainly to its unique natural springs of thermal mineral water. These are the main ingredient in the formation of its curative sulphur mud. Treatments in Piešťany are mostly centred on Spa Island with its hotels, treatment facilities, and an outdoor swimming pool as well as a golf course which all come under the umbrella of the Slovak Health Spa Piešťany company.

Last year almost 48,400 people received treatment in Piešťany of which 24,750 were foreigners, according to the Pravda daily.

“Last year we registered a moderate increase in foreign visitors. We recorded a drop in Czech and Polish clients that was connected with the adoption of the euro and the unfavourable development of the world economy. On the other hand, we registered an increase from markets in Austria, Germany and the Netherlands.”

In Trenčianske Teplice the share of foreign customers has been hovering around 25 percent of the spa's total clientele, according to Puček. Most foreign guests arriving from Germany, Austria, and the Netherlands are interested in classical treatments. Wellness and relaxation stays are less popular with visitors from these countries.

Visitors from the Czech Republic are more balanced in their treatment interests and they are also more likely to come for shorter wellness and relaxation stays where the shorter travel distance plays a role.

Puček sees the quality of Trenčianske Teplice’s thermal water as the key to foreign interest in the spa, adding that another important factor is the high-quality medical services available. He noted that the requirements of guests for high quality accommodation, food and services are also improving at the spa.

“Foreign clients make up 19 percent of all guests,” Simona Schwarz from the marketing department at Liečebné Termálne Kúpele Sklené Teplice told The Slovak Spectator. “During previous years this share was lower because our spa was not yet reconstructed and was not as well known abroad as it is now. In 2008 we invested a not insignificant amount of money into the development of our spa facilities, especially balneotherapy, accommodation and pools.”

Schwarz said Sklené Teplice receives the greatest number of visitors from the Czech Republic but guests also come from Germany and Russia.

“Most of our clients are repeat visitors or they become so after spending a number of stays here,” she said. “They are drawn by our unique healing springs as well as our balneo treatment, or they just want to draw new strength in the beautiful environment of the Štiavnické Vrchy mountains.”

The main philosophy behind the Sklené Teplice spa is to improve the health condition of its guests as well as their satisfaction, according to Schwarz. Constant efforts to remove shortcomings based on comments from clients and the individual attention of employees to clients, leading to better satisfaction, are also important elements of the spa’s philosophy, she said.

A foreign clientele has also discovered Dudince in southern Slovakia which can boast of being the youngest spa region in the country. Several individual facilities there provide treatment. Most of them are united under the Balnea Cluster Dudince.

The Flóra Hotel registers visitors especially from the Czech Republic and Germany.

“They come to Dudince either because of the mineral water or because of the quality of the curative and physiotherapy services, our relaxation programmes or other wellness services,” Bohuslav Beňuch, director of the Flóra Hotel, told The Slovak Spectator. “New clients are arriving from the Czech Republic while from Germany there are mostly returning clients, some of whom have returned even for the 20th time. From other countries, for example Poland or Hungary, clients arrive from time to time as well.”

Beňuch said that foreign guests now account for about 80 percent of the clientele of the Flóra Hotel, mostly from the Czech Republic and Germany.

“During previous years the share of foreign guests was almost 100 percent and almost completely German but now there is a declining tendency in foreign clientele, especially from countries other than the Czech Republic,” said Beňuch.

The Diamant spa in Dudince, which focuses especially on traditional spa treatments and seeks a close doctor-patient relationship, reports increased interest especially from Scandinavian countries – Norway, Denmark and Sweden – while it also has a stable and ‘loyal’ clientele among visitors from Germany and Austria, according to Lenka Záhorská from the marketing department at Slovthermae, Kúpele Diamant Dudince.

“In 2009, foreign clientele made up about 30 percent of all the guests,” Záhorská told The Slovak Spectator. “Compared with previous years we registered a downward trend but we remain optimists.”

Záhorská said most of the spa’s clients are aged 60 or over and it records most interest in two- or three-week all-inclusive stays.