A NORMALLY quiet suburb of Bratislava turned into the site of a shooting rampage on August 30 the like of which Slovakia has never experienced before. A 48-year-old resident of Devínska Nová Ves, described by his neighbours as taciturn and solitary, shot dead seven people, including six members of a family, which included Roma and non-Roma members, before killing himself. The Slovak government declared a national day of mourning for September 2, with state flags flown at half-mast between 8:00 and 18:00. 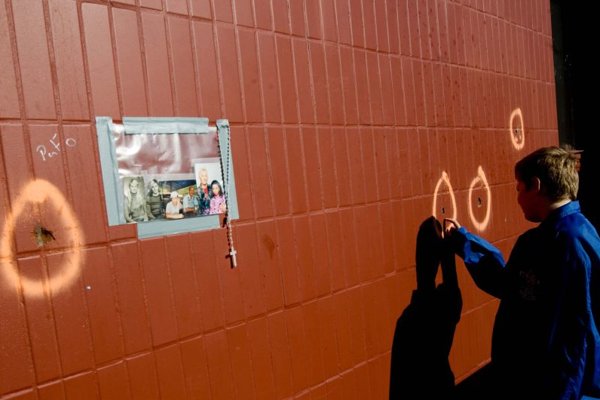 A NORMALLY quiet suburb of Bratislava turned into the site of a shooting rampage on August 30 the like of which Slovakia has never experienced before. A 48-year-old resident of Devínska Nová Ves, described by his neighbours as taciturn and solitary, shot dead seven people, including six members of a family, which included Roma and non-Roma members, before killing himself. The Slovak government declared a national day of mourning for September 2, with state flags flown at half-mast between 8:00 and 18:00.

The shooting spree began at about 10:00 on the morning of Monday, August 30. As well as the dead, 15 people were injured, including a three-year-old child whose condition is now stable.

The gunman, Ľubomír Harman, was armed with a Vz. 58 assault rifle, two other guns and a large amount of ammunition. He first attacked the Roma family, killing four women and one man who shared a flat on the same floor as the gunman’s apartment. Another member of the family was shot dead as he tried to flee the apartment, according to local media reports.

The gunman then moved to the street outside and began shooting at everyone in his path and anyone who appeared on the balconies of neighbouring residential blocks. The local municipal office warned people via the local public announcement system to stay away from their windows and not to go near three roads: Ján Smrek, Pavol Horov and Štefan Králik Streets. However, the seventh victim, a 52-year-old woman, was shot after stepping out onto her balcony. Her body was discovered later in the day by her husband, the TASR newswire reported, citing information provided by Interior Minister Daniel Lipšic.

Lipšic added that an autopsy carried out on the gunman’s body showed that before shooting himself in the head with his assault rifle Harman had been shot in the left side of his chest by a police officer, and that the chest wound would have been fatal.

The shooting spree received massive coverage not only in Slovakia but also abroad, with leading world media reporting the event. However, in Slovakia, the tragedy will also result in some legislative changes as Lipšic’s Interior Ministry is now working on a bill which would prohibit automatic rifles even for sports-related purposes. Conversely, Slovakia’s police force, as a direct result of the drama, will be better armed: as of September 1, all on-duty units will have automatic weapons at their disposal.

Conditions for gun ownership licences will also be made stricter, with those holding licences being required to undergo psychological assessment every five years.

“It’s not fair to have working weapons in the hands of those who represent a threat to normal people,” said Lipšic, as quoted by TASR.

The shooting spree has no precedent in Slovak history, Jaroslav Ivor, the former head of Slovak investigation authorities, said. However, Ivor compared its scale to a massacre that occurred in Dunajská Streda in March 1999, when crime gang boss Tibor Pápay and nine companions were gunned down in a restaurant.

“What matters now is to find out about the assailant’s motives – whether it was a mental disorder, family dispute or a criminal act of an organised crime nature,” Ivor said, adding that similar cases have become more common worldwide in the past few years and it might be worth drawing up an analysis about the motives of such acts, TASR wrote.

While witnesses and locals told Sme reporters that some drug dealing went on in the area, Police Corps President Jaroslav Spišiak has not confirmed whether the shooting could have been connected with the drugs trade, or with the fact that former professional military personnel had lived at the apartments in the past.

According to Sme, relatives of the Roma victims spoke about incidents of racial hatred, but police have not confirmed race as a motive for the killings yet.

“He did not like blacks,” one of the Roma family’s relatives told Sme. “He always had something against us.”

Spišiak denied early reports disseminated by the media that Harman was a former professional soldier. He noted that the gunman only went through compulsory military service in the 1980s and, other than that, had not served in the army and had no criminal record.

He was a member of a shooting club, and held six guns – among them the Vz. 58 assault rifle – legally, said Spišiak, adding that Harman was a friend of the club’s boss. The police president also confirmed that Harman’s neighbours had what he called a rather lively social life, with frequent visits.

Meanwhile, the government decided to compensate those injured and also the families of those who had been killed in the shooting. The Ministry of Labour will provide aid of €830 per person, along with a €79.67 contribution towards funeral costs.

European Parliament President Jerzy Buzek on Monday, August 30, issued a statement in which he expressed his shock and sorrow over the killings in Bratislava.

“On behalf of the European Parliament, I would like to convey my sympathy to all Slovak citizens. We are expressing our sincere condolences to the families of those who were killed in the incident, and we wish the injured a speedy recovery,” Buzek said in his statement.

US Ambassador to Slovakia Theodore Sedgwick on August 31 offered his condolences to the families and friends of those who died in the shootings.

“The US Embassy is shocked and deeply saddened by the hideous violence that occurred yesterday in Devínska Nová Ves,” reads the ambassador’s statement. “We are confident that the Slovak police will carry out a thorough investigation to ascertain the motive behind this despicable act, and we extend our heartfelt condolences to the family and friends of those who perished, and our deepest hopes for a quick recovery to those who were wounded.”