Slovaks discover Japan on the screen

DO YOU KNOW what a deaf teenage surfer, a World War II kamikaze pilot and a private eye might have in common? If you don’t, it means you probably did not attend the mini-film festival recently brought to Bratislava by the Japanese Embassy in Slovakia and the Japan Foundation. 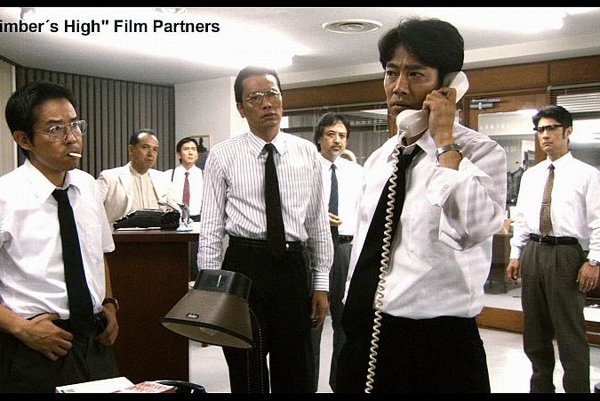 Slovaks are getting more chances to see Japanese films, partly thanks to the Japanese Embassy in Bratislava. (Source: Courtesy of the Embassy of Japan)
Font size:A-|A+0

DO YOU KNOW what a deaf teenage surfer, a World War II kamikaze pilot and a private eye might have in common? If you don’t, it means you probably did not attend the mini-film festival recently brought to Bratislava by the Japanese Embassy in Slovakia and the Japan Foundation.

Between January 12 and 14, cinema fans in the Slovak capital had the opportunity to discover Japanese films they would not have seen elsewhere – provided they arrived early enough to get seats, as all sessions held at the popular Mladosť cinema were so crowded that latecomers had to sit on the floor.

“The audience consisted mostly of young people,” said Zuzana Želinská from the cultural section of the embassy, “and we are particularly happy that we managed to draw a mix of regulars and fresh faces.”

The festival opened in the presence of H. E. Yoshio Nomoto, Japan’s ambassador to Slovakia, with A Scene at the Sea, a film by Takeshi “Beat” Kitano about a hearing-impaired teenage garbage collector who one day happens upon a broken surfboard and goes on to become a first-rate surfer.

The film line-up also featured Junji Sakamoto’s An Angel with Many Scars, based on a television series from the 1970s of the same title, relating an odd journey by a private detective and a boy whom a dying mobster entrusted to the gumshoe. Other features were The Blossoming of Etsuko Kamiya, a wartime love story between a country girl and a kamikaze pilot directed by Kazuo Kuroki, and The Dagger of Kamui, an anime coming-of-age saga by Shigeyuki Hayashi, alias Rintaro.

Because the Bratislava festival was part of a world-touring presentation of Japanese cinema, the actual selection of movies was made at the Tokyo headquarters of the Japan Foundation, one of the co-organisers of the event.

“We have deliberately selected films that deal with various themes yet show modern Japanese society from various points of view, hoping that they will invite people to open their eyes to Japanese culture,” Tomoe Tanaka from the foundation’s Film, TV and Publication Section told The Slovak Spectator.

Though some of the selected movies are set in different periods, they were all released after 1980. They therefore comprise features of modern cinema, differing substantially from traditional works by prominent Japanese authors such as Akira Kurosawa or Yasujiro Ozu, Tanaka added.

“Our cinema has been evolving a lot recently and the country boasts many award-winning films enjoying international acclaim, such as Departures by Yojiro Takita, which received the Academy Award for Best Foreign Language Film in 2009,” she said. “I think that the success of our film culture dwells particularly in the rich variety of themes Japanese movies depict.”

Yuki Wakasugi, third secretary at the Embassy of Japan in Slovakia, said she believed that cinema is a good means of showcasing a country’s identity to foreigners.

“Though some Slovaks surprise us from time to time with their accurate knowledge of Japanese culture, most of them still have limited access to information about our lifestyle or have only vague ideas about it,” she told The Slovak Spectator. “The embassy intends to improve this by introducing Slovaks to various aspects of Japanese society, both traditional and modern.”

Wakasugi added that the efforts appear to be bearing fruit, as turnout at Japan-related programmes has been increasing consistently.

The most popular event remains the Anime Show International Festival, prepared by the Anime Crew Association.

Attended last year by almost 6,000 people, it featured anime, comics and manga presentations as well as lectures on Japan and its culture. The fourth edition of the festival will be held in Bratislava between March 18 and 20.

In the meantime, fans of classic films can look forward to another attractive event, the Akira Kurosawa Film Festival, brought to Slovakia by the Japanese Embassy on the occasion of what would have been the famous director’s 100th birthday.

Between February 28 and March 2, seven of Kurosawa's movies will be screened at the Mladosť cinema.