PARLIAMENT has passed new legislation that it hopes will resolve the dispute over regulated rents in apartment buildings that were returned to pre-communist owners in the post-1989 process of restitution. The dispute has been dragging on in Slovakia for about 20 years but it appears that the new legislation totally pleases neither side. Tenants are claiming that the amendments will produce more homeless people while owners of the buildings are complaining they will be forced to wait another five years to have full use of their own property. 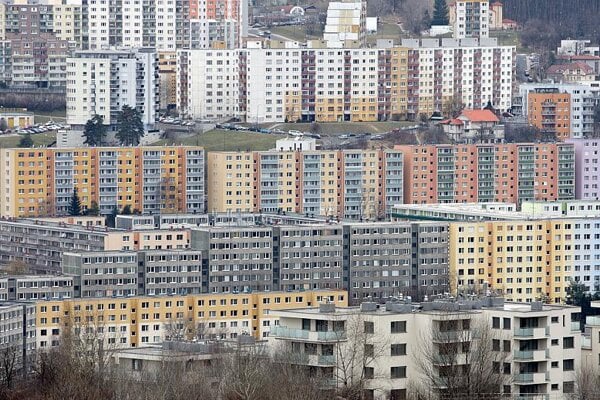 PARLIAMENT has passed new legislation that it hopes will resolve the dispute over regulated rents in apartment buildings that were returned to pre-communist owners in the post-1989 process of restitution. The dispute has been dragging on in Slovakia for about 20 years but it appears that the new legislation totally pleases neither side. Tenants are claiming that the amendments will produce more homeless people while owners of the buildings are complaining they will be forced to wait another five years to have full use of their own property.

Cabinet-tailored bills that reshuffle rental relations in restituted apartment buildings were approved by parliament on July 7. If the bills are signed into law by President Ivan Gasparovic, they will become effective on September 15. Owners of the flats will be permitted to increase the current monthly rent, but only once a year, by no more than 20 percent, until the end of 2016. Then the owners will be allowed to rent the apartments at market rates or begin to use the property in any way they want. Additionally, owners are permitted to terminate a rental contract with a tenant for any reason by March 31, 2012 and the tenant must vacate the apartment within one year, the SITA newswire wrote.

The legacy of restitution

Regulated rent in properties that had been returned to past owners has been a thorny issue for tenants as well as the owners of buildings. The building owners complain that they are not permitted to fully control their own property and cannot afford to invest in the buildings because they can collect only regulated rent from tenants.

Tenants complain that they have invested their own funds into improvements for these apartments that they had initially rented during the communist regime. They also add that in contrast to others who were allowed to purchase the housing they lived in after the previous regime fell, those who lived in apartment that were subsequently restituted were not given the opportunity to purchase the apartments. These tenants also say they cannot afford to pay market rent for their apartments because they are often located in lucrative areas of towns or cities.

The Ministry of Transport, Construction and Regional Development has estimated that as many as 923 apartments with around 2,300 tenants are involved, with 706 of these apartments in Bratislava.

Because Slovakia has not been able to settle this issue for many years and prevented the actual owners of the apartments to control their own property, several owners and inheritors have filed complaints with the European Court of Human Rights in Strasbourg against the Slovak government. The Sme daily wrote that the European court had decided a similar case in Poland and required the Polish government to compensate a citizen €52,500 and modify its legislation.

Karol Spišák, a representative of owners of restituted buildings, stated that the owners want to have the right to use their property immediately and claim that the rent increases permitted in the legislation will not be enough for them to cover the costs of operation of their buildings.

A possible solution which the Right for Dwelling association views as viable is financial compensation to the tenants. The association said this solution also would be cheaper for the state. Straka stated that the association is also concerned that finding substitute housing will take a long time and would only be profitable for builders, especially in Bratislava.

“We carried out a survey among tenants,” Straka said on July 1 before the new legislation was adopted, as quoted by SITA. “Almost 84 percent desire financial reimbursement. It is fast and it can be resolved immediately… We do not want the market price of the apartment. Of this the tenant may get, for example, 70 percent.”