IN THIS postcard dating from the late 1930s, Sučany in the Turiec region is shown – with the Malá Fatra mountains in the background, partially covered with snow. 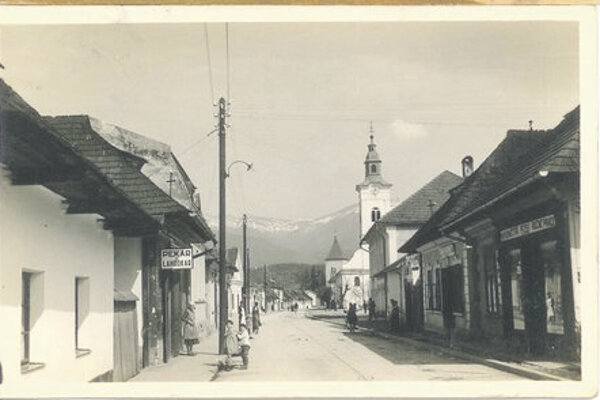 IN THIS postcard dating from the late 1930s, Sučany in the Turiec region is shown – with the Malá Fatra mountains in the background, partially covered with snow.

The history of Sučany is connected with quite a number of interesting facts and two important ones are of note. The older of the two took place on July 21, 1624 when perhaps the grandest wedding in the entire Kingdom of Hungary during the 17th century occurred. The noble couple getting married, Kristína Nyáry and Mikuláš Eszterházy, were personally wed by Esztergom Archbishop Peter Pázmány in the presence of the Archbishop of Kalocsa, located south of Budapest.

More recently, Milan Hodža, an important individual in contemporary Slovak history, was born in Sučany in 1878. Hodža was well-educated, spoke eight languages and had a remarkable political career. Beginning in 1905, he was a deputy of the Hungarian parliament and from 1907 an adviser to Franz Ferdinand of Austria, presumptive heir to the throne of the Austro-Hungarian Empire.

Later, Hodža was a founder of the agrarian movement in Slovakia. During the first Czechoslovak Republic, he was a minister in several governments and served as prime minister in 1935-1938. After the Munich Agreement in late 1938, he lived in exile in Switzerland, France, and Great Britain and in the US after 1941, where he died in 1944. In 2002, his remains were brought back to Slovakia and laid to rest in the National Cemetery in Martin.