SOZA in the limelight – again

THE SLOVAK Performing and Mechanical Rights Society (SOZA), a non-profit association of authors and publishers of musical works which protects their copyrights, has recently endured several controversies in which its entitlement to seek fees has been questioned. Earlier in the year the organisation was criticised for invoicing villages in Banská Bystrica Region for organising children’s performances of traditional folk songs. The most recent case involved SOZA asking secondary school students to pay performance fees for music used at private school-leaving balls. 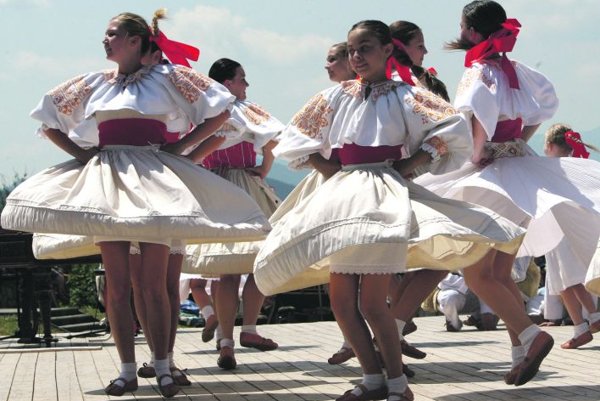 THE SLOVAK Performing and Mechanical Rights Society (SOZA), a non-profit association of authors and publishers of musical works which protects their copyrights, has recently endured several controversies in which its entitlement to seek fees has been questioned. Earlier in the year the organisation was criticised for invoicing villages in Banská Bystrica Region for organising children’s performances of traditional folk songs. The most recent case involved SOZA asking secondary school students to pay performance fees for music used at private school-leaving balls.

The cases have attracted the attention of the public and politicians. In order to prevent future fees disputes between SOZA and the organisers of various cultural events, MPs have passed an amendment to the copyright law which, among other things, abolishes the requirement to notify SOZA at least 10 days in advance about a public event, and the obligation to specify the exact music that organisers want to perform. According to the new rules, organisers will have to provide only basic information about the authors of the works performed, the SITA newswire reported on October 29.

Moreover, the Culture Ministry is also preparing a comprehensive amendment to the copyright law. One part of this will be a new definition of a public event.

“We do not see a big problem in the current version of the copyright law, but [in the way] some [subjects] apply it in practice,” Jozef Bednár, spokesperson for the Culture Ministry, told The Slovak Spectator.

He added that the ministry will now have to wait for the European Commission, which is currently discussing new regulations covering collective protection of copyright. If the EC passes these, all member states, including Slovakia, will have to transcribe them into national legislation.

Meanwhile, the chair of SOZA, Vladimír Repčík, resigned on October 31, saying he was doing so for personal reasons.

However, several members of the SOZA Committee, which oversees the organisation, told the Sme daily that they had been discussing the possibility of replacing him in order to stop what they called the chaos over doubtful attempts to collect fees which had only damaged the image of the institution.

The dispute over payments for school-leaving balls started after Repčík blogged that students could not use music protected by copyright without paying a fee.

“The licence, worth €15 for the whole event, will certainly not bankrupt any school-leaving ball,” Repčík stated, as quoted by Sme.

The plan was halted by Culture Minister Marek Maďarič, who announced that school-leaving balls are not public cultural events and that SOZA could not therefore seek fees, Sme wrote.

The controversy led to a protest in front of the Culture Ministry calling on the minister to carry out full checks at SOZA, or to explain clearly under what circumstances the organisation can demand fees, and when it cannot. The protesters also asked the ministry to terminate SOZA’s licence if it found any evidence of malpractice, SITA wrote on October 25.
They further called on the ministry to comment on the activities of Repčík, and demanded that the SOZA Committee dismiss him.

“[The ministry] has no authority to decide who will lead any non-profit organisation,” Bednár told The Slovak Spectator.

SOZA was at the centre of a controversy in June this year when it sought to impose fines for rights infringements on two villages in Banská Bystrica Region, Pohorelá and Heľpa, after traditional folk songs were performed at public events for children.

Pohorelá received an invoice for €62.40 for the use of traditional folk music at an event to mark Mother’s Day and another on St Nicholas’ Day. Heľpa was invoiced €80 after children performed for their mothers on Mother’s Day. SOZA argued that the villages were obliged not only to pay fees for music performed at various events but to notify SOZA in advance of any events that involved music.

While Heľpa paid up, Pohorelá refused to do so, saying that the only music performed was folk songs not covered by copyright.

Later, between 20 and 40 people protested in Bratislava on June 5 against SOZA’s actions. Also, the Association of Towns and Villages of Slovakia (ZMOS), which represents Slovak mayors, took the side of the municipalities in their clash with SOZA.

The fines were later waived, with SOZA explaining that the organisation accepted Pohorelá’s arguments. Both parties also agreed to take steps to prevent similar incidents in the future, the TASR newswire reported on June 11.

However, a case then emerged in which the Komárno branch of the state-sponsored cultural organisation Matica Slovenská had been fined €975 for not reporting to SOZA plans to hold a local charity ball in February, Sme reported on October 17.

One of the organisers of the ball, Jozef Černek, said that he did not realise that he had to report the event to SOZA, explaining that it was only a charity event and that the money raised was for a local theatrical group. He stated that only the performers’ own songs and music were played.

Repčík said that he considered the explanation to be “fabricated”, claimed that there was “no notice about the performance of a theatrical group” and that the ball was “a normal cultural event using music from the protected repertoire” and had not been announced to SOZA in advance, Sme wrote.

He said that the organiser must therefore pay the fee to compensate the authors of the works performed.

SOZA seeks fees for use of mobile phones

Also in October Sme reported that SOZA is planning to ask for a 3-percent fee on the sale or import price of mobile phones, explaining that the devices are used to copy and share the protected music files.

Though the organisation has not yet started collecting such fees, it stated in its annual report that it would focus on this area. Moreover, it has already asked mobile providers operating in Slovakia to pay such fees.

Slovakia’s mobile operators have so far refused. Richard Fides, spokesperson for Orange Slovensko, told The Slovak Spectator that based on a legal analysis prepared for his company, it believes that “such fees do not pertain to us as mobile providers”.

Martina Jamrichová, spokesperson for Telefónica Slovakia, which operates the O2 mobile network, said that her company should not have to pay the fee since it is “a mobile operator and not a producer of devices”.

“We consider such payments to be disputable,” said Martin Vidan, spokesperson for Slovak Telekom, which operates the T-Mobile network in Slovakia, adding that the majority of EU member states have not installed such fees for mobile phones. “The approach of individual member states to this issue is also variable, regarding charging as well as setting of the fee itself.”

Bednár explained that since mobile phones might be used to copy and share music and audiovisual files, SOZA has the right to ask for the fee. Yet, he stressed that the money should be paid by “producers or subjects which import the devices to […] the Slovak Republic in the first instance”.