The end of Slovakia’s flat tax

The flat tax used to be considered one of Slovakia’s biggest strengths in the eyes of foreign investors, but in all probability taxpayers will pay corporate income and personal income tax at a flat rate of 19 percent for the last time on their 2012 incomes. Shortly after winning power in the March 2012 parliamentary elections, the Robert Fico government set out to revamp the income tax system in Slovakia and return to a progressive system of tax rates. By mid November, when this guide went to print, the final legislation was still to be adopted by parliament, but since Smer, the ruling party led by Fico, holds a clear majority it is likely to pass smoothly. The new legislation also includes changes to the payroll taxes paid by employees and the self-employed. 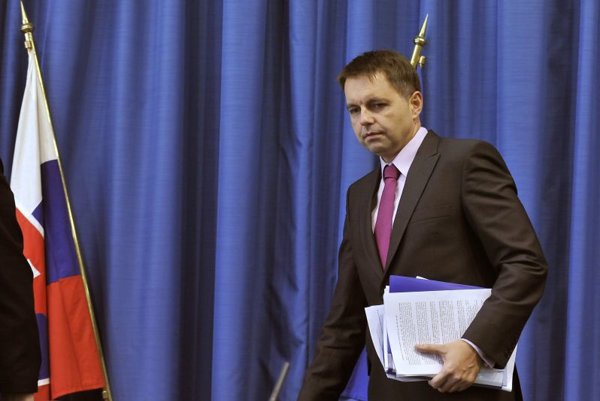 The flat tax used to be considered one of Slovakia’s biggest strengths in the eyes of foreign investors, but in all probability taxpayers will pay corporate income and personal income tax at a flat rate of 19 percent for the last time on their 2012 incomes. Shortly after winning power in the March 2012 parliamentary elections, the Robert Fico government set out to revamp the income tax system in Slovakia and return to a progressive system of tax rates. By mid November, when this guide went to print, the final legislation was still to be adopted by parliament, but since Smer, the ruling party led by Fico, holds a clear majority it is likely to pass smoothly. The new legislation also includes changes to the payroll taxes paid by employees and the self-employed.

An increase in corporate and income taxes is only one among several measures that the government has adopted in its efforts to consolidate the public finances. It also introduced new special levies or increased existing ones on highly profitable enterprises. These changes, coupled with the general economic situation in Slovakia, which tends to mimic developments in its main trading partners and in the eurozone, mean that 2013 could be a difficult year for the corporate sector as well as for Slovak citizens in general.

“The flat tax does not have a place in this world during this period of time,” said Fico in June 2012, as quoted by the SITA newswire. According to him, the government is increasing income and corporate taxes in order to boost “solidarity” and is raising taxes on the better paid instead of hiking value added tax, which would have an across-the-board impact.

The Slovak Parliament moved the income tax amendment to its second reading on October 24. Provided it is finally approved and then signed by President Ivan Gašparovič it should become effective as of the beginning of 2013. This means that Slovaks would pay the increased rates in 2014 for the first time, on their 2013 incomes.

The revision increases corporate income tax from the current rate of 19 percent to 23 percent. The current 19-percent tax rate would continue to apply to personal income tax up to a tax base of 176.8-times the current subsistence level; incomes above this tax base, would be taxed at a rate of 25 percent. Selected constitutional officials like members of parliament, ministers and the president will pay a special additional income tax of 5 percent. The new legislation also limits the current 40-percent flat-rate deductible expense allowance for self-employed people to a maximum of €5,040 per year, or €420 per month.

“Progressive taxation is an absolutely civilised and majority system around the whole world,” Kažimír told a discussion broadcast by TV news channel TA3 after parliament voted to advance the tax changes in late October. “The flat tax was gradually adopted by former Soviet bloc countries and is typical for countries which have a huge problem with tax collection and where it is difficult to motivate people to pay taxes.”

Kažimír admitted that Slovakia also suffers from long-term problems with tax collection, but said that the situation is gradually normalising. He added that the current cabinet, in the process of consolidating the public finances, is pushing for higher contributions to be paid by higher-earning people and corporations.

Ivan Štefanec, a deputy chair of the opposition Slovak Democratic and Christian Union (SDKÚ), which was one of the coalition parties which introduced the flat tax in Slovakia, has voiced opposition to the government’s plans, saying that the flat tax had worked everywhere it was introduced, bringing new investors and new jobs.

“No country cancels something that is working,” Štefanec told the TA3 discussion programme, adding that increasing taxes does not automatically lead to higher tax revenue. “The flat tax was one of the ways which helped countries to develop faster, to have more jobs and to catch up with developed countries quicker.”

Slovakia was one of the first countries to implement a flat tax when it replaced its previous progressive tax rate structure with a flat rate of 19 percent in January 2004. The same rate applied to corporate income tax, personal income tax and to value added tax. The basic philosophy of the government of the day, led by the SDKÚ’s Mikuláš Dzurinda, was to create a tax system that was light, non-distorting, simple and transparent. The goal was to improve the business climate in Slovakia while improving tax fairness by taxing all types and all amounts of income equally. Later, the flat tax scheme changed with the introduction of a so-called millionaire tax on high salaries, and VAT was increased to its current 20-percent rate at the beginning of 2011. As part of the latter increase, VAT is supposed to fall back to 19 percent once the public finance deficit falls below 3 percent.

Once the corporate income tax rate rises to 23 percent Slovakia will have the highest tax in the central European region and experts warn that this might curb the inflow of new investments as well as prompt existing investors to move their activities to more tax-friendly countries. In the Czech Republic the corporate tax rate is 19 percent, as it is in Poland, while in Hungary the basic rate is 10 percent or 19 percent, depending on the tax base.

“We can expect an outflow, especially of sub-contractors,” Tomáš Púchly, an analyst with the F. A. Hayek Foundation think tank, told the Hospodárske Noviny business daily in late October. “From next year we will have a higher tax rate than in Sweden, where its government cut it from 26.3 percent to 22 percent in an effort to improve conditions for investment and the creation of jobs.”

SPECIAL LEVIES FOR BANKS AND OTHERS

A special levy for companies doing business in regulated sectors and an increase in an existing levy already imposed on banks became a reality in summer 2012. The opposition and business lobby groups opposed the measures, calling them unsystematic and saying they delivered only one-off effects. The temporary measures should raise approximately €312 million in tax revenues during the rest of 2012 and in 2013.

Based on the law, companies that generate at least 50 percent of their total revenues from regulated operations will pay an extra monthly levy of 0.363 percent, or 4.356 percent per annum, on profits exceeding €3 million per year from September 2012 until the end of 2013. The sectors in question include, most notably, energy, insurance, health insurance, electronic communications, postal services and transport. The measure should raise an additional €26 million by the end of 2012 and €77 million during 2013, the Finance Ministry wrote.

Parliament also extended the basis on which banks in Slovakia pay an existing special levy. While banks have been paying the levy at a rate of 0.4 percent on corporate deposits since the start of 2012, they have to pay it on private individuals’ deposits from September 1, 2012. The government expects the measure to bring in additional income of €27.5 million this year and an extra €110 million next year.

This is also designed to be a temporary measure and will end once banks have paid a total of €1 billion.

The Slovak Banking Association (SBA), which has campaigned against the special levy on banks, claims that its members will pay, on average, 55 percent of their profits in taxes and levies. It predicts that 2013’s levy burden of €200 million will negatively affect banks’ capital, and thus also their ability to provide new loans, SITA wrote.

Banks in Slovakia generated aggregate after-tax profits of €413.34 million during the first nine months of 2012. Compared with the same period of 2011 this represents a drop of 30 percent, the SBA wrote on its website. It attributed the decrease to a fall in net interest revenues combined with the effects of the special levy on banks. During the first three quarters of the year banks paid about €69 million via the special levy.

CUTS TO THE SECOND PENSION PILLAR, AND PAYROLL CHANGES

In the summer of 2012 the Fico government also dramatically reduced the amount that contributors pay into the second, private pension-saving pillar. It was the most radical change to Slovakia’s three-pillar pension scheme since it was launched nearly 10 years ago and, by diverting payments from personal pension savings accounts into the general account of the state-owned social insurance provider, will boost state income by €660 million in 2012 and 2013.

The change limited employee contributions to personal second-pillar savings accounts to only 4 percent of salaries, down from the current 9 percent. As a result, the ratio by which salary deductions are allocated to the social security provider Sociálna Poisťovňa and to funds managed by private pension savings companies changed from the previous 9 percent : 9 percent to 14 percent : 4 percent in favour of the social insurer, as of September 1. Morever, employees earning more than €1,200 per month will pay higher social and health insurance contributions.

The new legislation also increased the minimum assessment base that self-employed people can use to calculate their social and health insurance contributions from the beginning of 2013, boosting it from the current 44.2 percent of the average wage to 50 percent of the average wage in Slovakia two years previously. This will result in self-employed people’s minimum social and health insurance contributions rising from the current €160.24 per month to €185.30.

Moreover, coefficients used to calculate contributions made by self-employed persons for social insurance and health insurance should be reduced over the next three years. The coefficients, used to divide the tax base in order to calculate the assessment base for payment of contributions, are currently set at 2.0 for social insurance and 2.14 for health insurance. They will gradually fall to 1.486 for both.

The bill also introduces payment of social and health insurance contributions for those working based on limited employment agreements known as “na dohodu”, at a rate of 48.6 percent. Students and pensioners will pay lower payroll taxes.