Though competitiveness rankings are not the sole factor that investors consider when searching for new homes for their investments, business professionals agree that the charts transmit important signals about the challenges that countries need to address if they want to remain competitive. 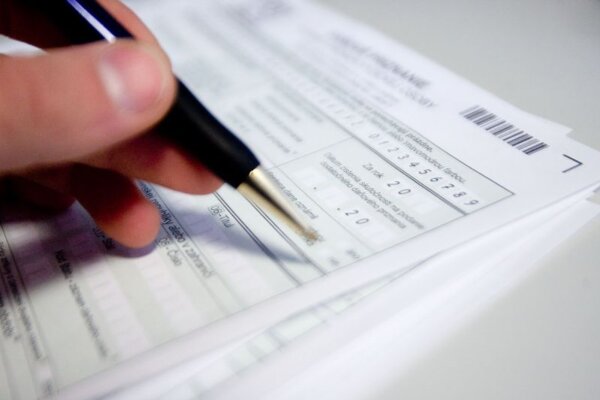 Though competitiveness rankings are not the sole factor that investors consider when searching for new homes for their investments, business professionals agree that the charts transmit important signals about the challenges that countries need to address if they want to remain competitive.

Slovakia, once a reform champion and the bearer of the proud nickname “Tatra Tiger”, has continued slipping in several crucial charts, with the Global Competitiveness Report prepared by the World Economic Forum (WEF) sending out some serious signals.

In the WEF ranking, Slovakia has dropped from 69th to 71st place out of the 144 countries reviewed, thus reaching its worst ever ranking since the country’s original inclusion in 1997, leaving it as the weakest performer in the central European region and the third weakest in the European Union.

“It is distressing, however, that only three years ago Slovakia still belonged to the Top 50,” Marcus Halt, spokesperson for the German-Slovak Chamber of Industry and Commerce, told The Slovak Spectator.

Slovakia earned weak scores for poor efficiency of its legal framework in settling disputes, perceived favouritism in decisions by its government officials, low public trust in its politicians, a high burden of government regulation and low quality of government services for improved business performances.

Investors say Slovakia’s recent ranking is a warning sign that the country needs to address these issues.

In order to improve its position, the country should improve its law enforcement and the efficiency of its judicial system, deal with red tape issues and administrative burdens, while also improving the education system and the system of levies and taxes, the Executive Director of the American Chamber of Commerce Slovakia (AmCham) Jake Slegers told The Slovak Spectator in a recent interview.

Slovakia has slipped in other rankings as well. For example, the country’s Global Innovation Index by INSEAD, the European Institute for Business Administration, dropped from 37th to 40th place, while the Legatum Prosperity Index by the Legatum Institute fell from 32nd to the 36th place.

Slovakia reported the highest drop in the Economic Freedom of the World index by the Fraser Institute and the Index of Economic Freedom by Heritage Foundation and the Wall Street Journal. While in the former it fell from 13th to 31st place, in the latter the country has dropped from 37th to 51st.

The only index in which Slovakia sustained its position is the Doing Business Index designed by the World Bank, where the country placed 46th.

Yet, except for the ranking by the World Economic Forum, Slovakia is still comparable with the other countries of the Visegrad Group - the Czech Republic, Poland and Hungary.

The main reason why Slovakia continues to slip in various rankings is that it has changed little during the past years, according to Halt. The state of road infrastructure in eastern Slovakia is not sufficient, the education system does not comply with the needs of the labour market, corruption has not been fought and enforceability of law has not really improved as well, he said.

“Slovakia lost part of its political and economic dynamics which is reflected now in stagnation [and a] decline in national rankings,” Halt said, adding that the WEF report results show that in contrast with Slovakia, other countries have not fallen asleep.

Róbert Kičina, the executive director of the Business Alliance of Slovakia (PAS) who currently serves as one of the advisors to the economy minister, added that Slovakia no longer feels the positive impact of reforms adopted eight years ago. Moreover, the government has not adopted any new laws to eliminate the most serious barriers in the business environment, he said.

First of all it would be beneficial to halt some measures, which will have a negative impact on Slovakia’s economic activity, said Kičina, suggesting that income taxes should not be raised and the Labour Code should not be made more complicated.

“At the same time, finally, the main barriers to doing business should be addressed, which is the low enforcement of law and corruption, as well as administrative burden and unstable and ambiguous legislation,” said Kičina.

Though the Slovak government has made a promising start with a fiscal consolidation strategy, certain tax measures risk distorting private sector incentives, according to a statement by the European Bank for Reconstruction and Development, published on its webpage.

Kičina adds that the declining business environment might not only distract potential new investors, but also force some already established firms to move out of Slovakia. The worsened environment “will reflect in weaker economic activity, a lower number of jobs, slower economic growth and a slower increase in people’s standard of living”, he said.

The global economic slowdown in combination with the mentioned changes in domestic conditions currently represents the most serious challenge for businesses in Slovakia, Halt added.

Businesses however do not expect that the situation will dramatically improve soon.

Due to the latest tax hikes and the approved changes in the Labour Code, it can already be predicted with near certainty that next year’s economic rankings will report a further drop, which could be felt even more significantly than in 2012, said Halt.

“Despite some positive signals from the Ministry of Education as to reforming vocational training, so far we have not seen any measures which could contribute to improve the international competitiveness of the Slovak economy significantly,” Halt told The Slovak Spectator.

On the other hand, the rankings are not the only factors that affect the final decision of foreign investors to set up their business.

Although they are important indicators of competitiveness, as investors do look at them for quick information about the countries, the assessments they make before entering new markets are much more complex, Slegers explained.

“Therefore, I don’t expect that the worsening of Slovakia’s ranking alone would detrimentally influence potential investment in Slovakia,” Slegers said. “That being said, it is important to evaluate some of the challenges for Slovakia’s competitiveness and try to eliminate them.”

Despite facing various problems with the worsening business environment, the new government halted the Singapore project designed by former economy minister Juraj Miškov, the aim of which was to reduce red tape. The project contained 100 measures that were supposed to result in a 25-percent drop in the administrative burden on businesses operating in Slovakia in five years.

The measures included, among other things, a simpler process for setting up a firm, simpler construction procedures, better enforcement of claims, and simpler administration of taxes and payroll taxes. The ministry also planned to shorten the time required for setting up a company to two or three days, to reduce the cost to €1 and to decrease the ongoing administrative burden by 25 percent, saving companies a total of €100 million a year.

“Yet, the truth is that the businessmen do not see [the effects] of the measures carried out in practice,” he said, adding that the previous government realised mostly the simpler measures.

Halt considers the project to be “ambitious” and cast doubt on the government’s ability to implement it as originally drafted. Nevertheless, the reduction of bureaucracy should remain on the agenda of any government, he added. 