Valuch is back from Iran

MATEJ Valuch, a 26-year-old Slovak national who was detained in Iran over what Iranian officials allege is a case of espionage, is back in Slovakia. On February 8 he appeared unexpectedly at a press conference accompanied by Slovak Minister of Foreign Affairs Miroslav Lajčák, the SITA newswire reported. 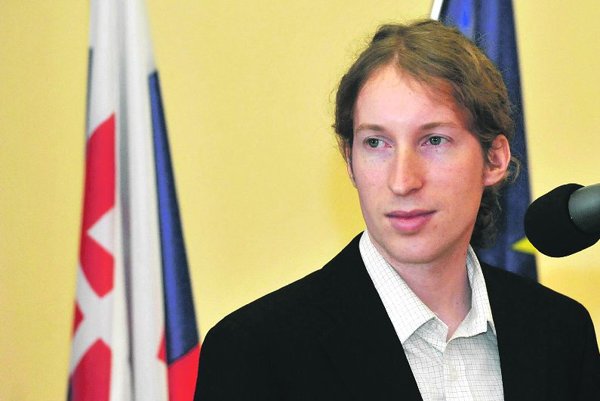 MATEJ Valuch, a 26-year-old Slovak national who was detained in Iran over what Iranian officials allege is a case of espionage, is back in Slovakia. On February 8 he appeared unexpectedly at a press conference accompanied by Slovak Minister of Foreign Affairs Miroslav Lajčák, the SITA newswire reported.

“I want to say that I am not a spy,” said Valuch who earlier this year appeared in a video called ‘Hunter in Trap [sic]’, shot by the Iranian Ministry of Intelligence and posted on YouTube, in which he speaks English, dubbed into Persian, and appears to confess to working clandestinely for the United States’ Central Intelligence Agency (CIA).

The Slovak authorities learned about Valuch’s detention in mid January. Though Iranian officials initially refused to allow Slovak diplomats to talk to Valuch, the Slovak consul in Iran finally met him at the end of January. The case even reached Brussels and the head of EU diplomacy, Catherine Ashton.

Meanwhile, Slovak diplomats managed to negotiate with the Iranian party the release of Valuch, who arrived in Slovakia on February 7.

“Our negotiations with the Iranian party, which had been taking place since January 15 on a daily basis, and which were very complicated and demanding … were [finally] successful,” Lajčák said, as quoted by SITA.

Valuch was released from detention in Iran late in the evening on February 6 and accompanied by the Slovak consul as he was taken to Slovakia’s representation in Teheran.

Getting Valuch back to Slovakia did not cost the country a single euro, Lajčák said, while thanking his colleagues for what he described as an excellent job working on the case.

Valuch told journalists that he is unable to explain why he was accused of being a spy.

In prison since August

Valuch revealed details about his detention at a press conference held on February 11. He said he was arrested on August 23, 2012.

“The investigators informed me that people who hired me were from the CIA, so I was not detained as a CIA agent,” Valuch said, as quoted by the TASR newswire, adding that he does not know, and therefore cannot confirm, the real identities of the people he cooperated with.

Valuch spent the first 40 days of his detainment in seclusion. This period was, he said, the most difficult part.

“They behaved toward me politely; they did not torture me, in any case,” Valuch added, as quoted by SITA.

During his six-month imprisonment the Iranians allowed Valuch to call home on condition that he did not tell anyone where he was, SITA wrote.
The Iranians did not allow him to contact the Slovak embassy, however, explaining that it had already received information about his detention. Yet Slovak authorities learned about his imprisonment only in January, after the video was released.

“I would like to thank them [Slovak diplomats] again, since it was really record time in which they were able to get me out of the prison, which I know from the stories of other prisoners,” Valuch said, as quoted by SITA.

In the nearly 20-minute video ‘Hunter in Trap’ Valuch talks about how he came to the country to work and how he was contacted by a CIA agent, to whom he was sending personal information about Iranians. At the end of the video he reveals the identity of six other agents alleged to have been organising “continuous and clever operations” focused on Iranians, SITA wrote.

Since the video emerged people close to Valuch in Slovakia, including his family and his former university, have expressed doubts about him being involved in espionage. Moreover, several experts approached by the Slovak media said that he was more likely to have been a victim of Iranian propaganda in advance of the country’s upcoming presidential election.

Though neither Lajčák nor Valuch wanted to talk about the origin of the video after he arrived in Slovakia, Valuch later revealed details at the February 11 press conference.

He said that the Iranians made a short film in September, a few weeks after his detention, in which he talked about his work in the area of HR and his business projects.

Valuch added that the Iranians told him they would show the video to someone in a position of high authority who would assist in releasing him. Yet, the authors of the video used only three minutes of the original version, according to TASR.

Valuch explained that the scenes in which he is shown walking outside and meeting with various people were staged, since “they were filmed during my detention when I was released on a permit, and they gave me a suit and made these shots with me”, SITA wrote.

Moreover, since Valuch did not know the real identity of his employers, he referred to them as “agents”, except for the project managers in the document, TASR reported.

Valuch also said that the Iranians made similar videos with 20 other prisoners, SITA reported.

Despite his detention, Valuch said he would like to return to Iran. Yet, he stressed that it will not be in the near future and not for business-related purposes.

“I would like to say that people should not be afraid of countries like Iran based on my case since they are very nice countries with rich culture and cuisine, and good people,” Valuch told the press conference.

However, he added that he would not recommend visitors to set up a business there or partake in activities that would look suspicious, SITA wrote.

When asked about his plans for the future, Valuch said he would like to be active in a charity and write a book about his experience in Iran, TASR reported.