THE OPPOSITION has collected 40 signatures to launch an appeal to the Constitutional Court against a change to the law governing the court’s own operation which the ruling Smer party passed via a fast-tracked proceeding on April 30. Smer justified its sudden move by saying that it was necessitated by the need to resolve the ongoing deadlock at the court in the case of Slovakia’s next general prosecutor. A series of objections against the court’s 13 judges has left only one of them not subject to claims of bias by either general-prosecutor-elect Jozef Čentéš or President Ivan Gašparovič, who has been refusing to appoint Čentéš for nearly two years since he was chosen as general prosecutor by parliament. 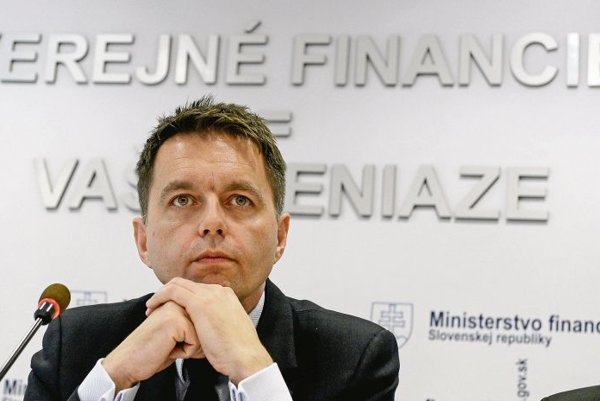 THE OPPOSITION has collected 40 signatures to launch an appeal to the Constitutional Court against a change to the law governing the court’s own operation which the ruling Smer party passed via a fast-tracked proceeding on April 30. Smer justified its sudden move by saying that it was necessitated by the need to resolve the ongoing deadlock at the court in the case of Slovakia’s next general prosecutor. A series of objections against the court’s 13 judges has left only one of them not subject to claims of bias by either general-prosecutor-elect Jozef Čentéš or President Ivan Gašparovič, who has been refusing to appoint Čentéš for nearly two years since he was chosen as general prosecutor by parliament.

Once the bill is signed by the president and published in the collection of laws, which is required for it to become valid, the opposition will submit its appeal as well as a request that the law be suspended pending a final verdict.

Unemployment, now at or near its highest level in almost 10 years, will most likely continue to constrain final household consumption for the fourth consecutive year, Vaňo said, adding that the fast rise in the public debt will inevitably force restraint in final government consumption in the upcoming years.

“Recession in the eurozone as well as an increased level of unutilised resources will not encourage massive corporate investments in fixed assets, except for occasional big-ticket projects by large multinationals,” Vaňo said. “Last but not least, the record high foreign trade surplus from the last year, which was partly a function of the liquidation of corporate inventories, is unlikely to be significantly exceeded this year.”

With slower economic growth, the EC also expects a slowdown in the growth of consumer prices from last year’s 3.7 percent to 1.9 percent this year, while in 2014 inflation will rise slightly to 2 percent, according to the EC.

The EC suggests that labour market conditions will remain challenging during 2013 and 2014, with modest employment growth expected to resume only in 2014 and the unemployment rate projected to stay above 14 percent during the same period.

“It seems that based on the data the European Commission published, we could really leave the penalty bench of countries which are violating the Growth and Stability Pact, and thus we could leave the procedure [for dealing with] excessive deficits,” Kažimír said, as quoted by SITA. “The international financial markets and the interest rates at which we are borrowing will appreciate this as well.”

The EC sees the consolidation of Slovakia’s public finances as being on track, noting that in 2012 the general government deficit was 4.3 percent of GDP, some 0.3 percentage points lower than targeted and down from the 5.1 percent of GDP recorded in 2011.

“In March 2013, the government presented additional measures to counter a stronger-than-expected deterioration in projected revenue for 2013," the EC said. “This shortfall is to be addressed mainly by eliminating budgeted but not yet allocated expenditure, and through lower spending on health care and extra dividend income. The authorities also plan an auction of telecom licences and to sell oil reserves.”

According to the EC, in view of the expiration of some one-off and temporary revenue measures, under the no-policy-change assumption, the deficit is projected to increase slightly above 3 percent in 2014 despite a pick-up in economic activity. The headline deficit for 2013 is estimated to hit 3 percent of GDP.

“Slovakia must continue with fiscal consolidation due to its own constitutional law on fiscal responsibility, the so-called Debt Brake Act, even if this would require additional consolidation measures, especially on the side of current expenditure,” Vaňo told The Slovak Spectator.

Kažimír noted that the EC forecast will serve as the necessary basis for setting further consolidation. However, the minister did not share any specific consolidation plans with the public, SITA reported; he added that it is necessary to wait for the Finance Ministry’s June prognosis as well as for the development of tax revenues.

“The key will be for us to confirm the fiscal goals and the need for further consolidation,” Kažimír said, adding that the ministry will wait until the end of June to do this. However, he listed better-targeted social aid as part of the plan, SITA reported.

The opposition Slovak Democratic and Christian Union (SDKÚ) views the new prognosis as evidence of what it says is the bad consolidation of the public finances and employment situation in Slovakia, SITA reported.

“The level of unemployment based on this prognosis is expected to be 14.5 percent, as opposed to the 13.9 percent planned by the government,” SDKÚ MP Ivan Štefanec told SITA. “It is a result of a consolidation which the government, through hiking taxes and payroll taxes, has almost entirely shifted onto citizens.”

What Štefanec termed “bad consolidation” would mean that additional measures will be needed next year, he said. He suggested that the government’s approach is to throw everything at citizens, which is “yet more bad news for all those people who are active and diligent”.

For Kažimír, another important issue will be how discussion about the possibility of easing the pace of consolidation might develop. The minister says that this is a legitimate issue, considering the fact that the same consolidation scheme is currently being applied to all EU countries. This means that even countries which might not need consolidation so urgently have to undergo it and are thus weakening their economic growth, Kažimír explained, as quoted by SITA.

Nevertheless, Slovakia will insist that all countries push their deficits below 3 percent of GDP and continue to meet the established rules. Eventually, new limits should be applied to all, Kažimír added.

Vaňo, the bank analyst, commented that in terms of the risks versus benefits of easing consolidation the best answer was given by European Central Bank President Mario Draghi during a recent visit to Bratislava.

“We should not forget how this crisis began: after a severe recession, countries and the financial markets realised that public deficit levels and the dynamics of public debt were unsustainable,” Draghi said, as quoted by Vaňo.

Slovakia as well as other EU member states must therefore continue the process of stabilising their public debts and increasing their credibility in the eyes of the financial markets, Vaňo added.

The analyst said that all EU member states depend on the confidence of the financial markets when refinancing their gradually maturing public debt.

“Lack of credibility in the financial markets would cause turmoil that would incur additional costs not only to the governments when refinancing their public debt, but could also severely undermine business and investor confidence in the private sector and hence endanger the hopeful recovery,” Vaňo told The Slovak Spectator.

The analyst also argued that a sustainable recovery of economic activity in the eurozone can be driven only by a successful private business sector.

“The key imperative in the austerity-versus-growth debate must be [to encourage] the productive private sector, which generates not only growth, but also jobs and tax revenues for governments,” Vaňo said. “All governments do is take money from Paul in order to pay Peter. Fiscal consolidation which contributes to a recovery in investor and business confidence is hence fully in line with supporting growth, which is driven by a successful private sector.”