Human resources in the EURES network

EURES – We can define the network of European employment services as a human network as well as a network of information technologies. 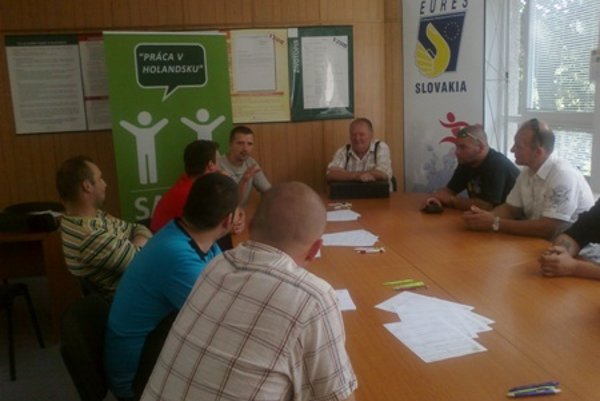 EURES – We can define the network of European employment services as a human network as well as a network of information technologies.

The IT network is represented by the EURES portal which offers information, advice and services connected with the recruitment of employees and their placement on the labour market, but also for citizens who want to follow the principle of free mobility.

However the IT network is developed, it couldn’t offer relevant information without the heart of the EURES network – the EURES advisers in individual countries. Within Europe the network operates in the form of everyday personal contacts via 850 advisers with job seekers and employers and the number keeps growing every year.

In 2012, 2,021 new job seeking clients who were interested in finding a job abroad were added to the database of EURES Slovakia,.

One of the main indicators of the EURES network activities is the number of job applicants or job seekers who manage to find work on the European job market. In 2012, 2,032 citizens were employed through the EURES network.
The most successful month was January 2012. Chart No 1 shows the survey of data for individual districts.

In terms of industrial classification most of the interviews were conducted for employment in industrial production. From 144 participants attended at 24 interviews selected were 79 (almost 55 %).

In 2012 job seekers were mostly interested in employment in transport and storage. 356 potential employees participated in 8 interviews and 37 of them found a job (10.39 %).

In Job Fair in Nitra participated 24 employers and EURES partners. It was visited by 8,120 visitors and offered were 437 jobs. Occupied were 90 jobs (more than 20 % of the total number presented).
The Austrian-German Day was slightly more modest as for the number of participating employers (11) and visitors (1,170). There were 840 jobs presented, out of which 51 were occupied (about 6 %).