THE FABLED story of young lovers caught in the crossfire of their feuding families has attracted wide audiences in its various permutations through the centuries since it was written. In April, the classical ballet of the story composed by Sergei Prokofiev premiered in the Slovak National Theatre (SND) in a production choreographed and directed by Italian artist Massimo Moricone. 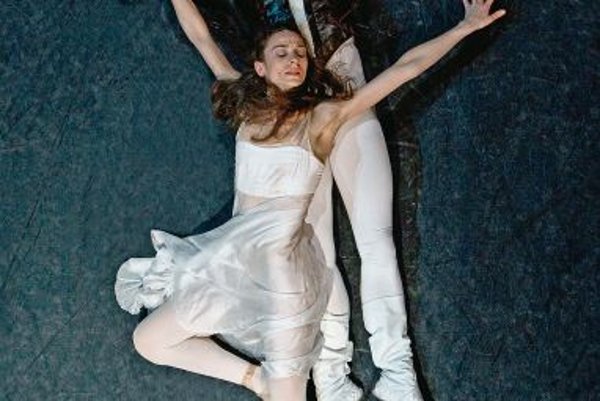 THE FABLED story of young lovers caught in the crossfire of their feuding families has attracted wide audiences in its various permutations through the centuries since it was written. In April, the classical ballet of the story composed by Sergei Prokofiev premiered in the Slovak National Theatre (SND) in a production choreographed and directed by Italian artist Massimo Moricone.

In this production the setting recreates William Shakespeare’s Globe Theatre rather than the streets of Verona where the story was set.

The current production owes some of its stylistic elements to a well-received 1991 production at the Northern Ballet Theatre in Leeds, England, which was also choreographed by Moricone. That production was directed by English actor Christopher Gable.

In a press conference Moricone explained that Gable emphasised the theatrical aspects of the piece but he and his team now focus on the emotional core of the story of the two young lovers. Moricone has brought two dancers from Italy as guest stars, Albanian Anbeta Toromani and Italian Alessandro Macario.

“Sometimes when you re-stage an old piece after many years, there is no excitement left,” Moricone said. “But this time it was much more about re-creating it in a way that [evokes] the landscape of the story.”

Moricone emphasised the demanding roles which these dancers improve upon with every rehearsal and every performance: “To develop a role like Romeo or Juliet, the more you do – the more you get.”
But he noted that this cast had only a limited time to rehearse. He praised the ballet ensemble and soloists for their hard work and flexibility.

The Shakespearean-era London Globe Theatre setting is beautifully underscored by period costumes. The plot of course remains the same, including the tragic ending for the two young lovers.

Apart from that, the deep-rooted animosity of the two rival families is stressed, offering great latitude for characters like Mercutio and Lady Capulet.

“With this performance, we wanted to break into international competition,” Marián Chudovský, the SND, said at the press conference preceding the premiere.

He added: “This story in various genres is done frequently, so we will be subject to close scrutiny – but I am glad about this. And I am happy that through this piece, the new SND leadership, especially head of the ballet section Jozef Dolinský and dramatic advisor Eva Gajdošová have prepared the groundwork for an international competition with this Italian team.”

This production will play seven performances in Rome’s Shakespearean festival, thus offering a special showcase for this cast.

Locally the ballet will be performed on June 8 in the SND’s new building and then again during the 2013/2014 season.