Dubček, in public and private

SLOVAK politician, proponent of social democracy and the man widely associated with the “political thawing” of the Prague Spring in 1960s communist Czechoslovakia, Alexander Dubček, will be commemorated in a photo exhibition. Called Alexander Dubček – Statesman and Friend of Italy, it will open on June 22 as part of the Dolce Vitaj festival of Italian culture in Slovakia. 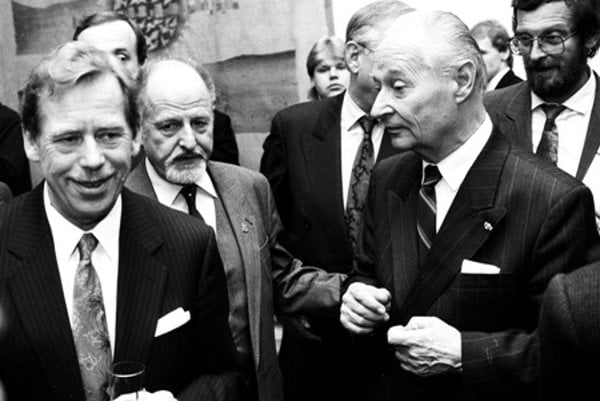 SLOVAK politician, proponent of social democracy and the man widely associated with the “political thawing” of the Prague Spring in 1960s communist Czechoslovakia, Alexander Dubček, will be commemorated in a photo exhibition. Called Alexander Dubček – Statesman and Friend of Italy, it will open on June 22 as part of the Dolce Vitaj festival of Italian culture in Slovakia.

Dubček was an avowed communist – his father was one of the founders of Communist Party in Czechoslovakia – but his stance began to change after the political persecution and trials in the 1950s that occurred under communist rule. He came to personify the political shift in the 1960s away from Soviet-style communism, marked by efforts toward reforms and achieving “communism with human face”. This came to an abrupt halt in August 1968, however, when the communist armies of the Warsaw Pact, initiated by the Soviet Union, occupied the country to put a stop to what they perceived as a dangerous deviation from their doctrines – for 20 years, until the Velvet Revolution toppled the communist regime. Dubček, meanwhile, became persona non grata, followed and persecuted, although not convicted of any crime, and employed as a worker. After the November Revolution in 1989 he became head of the Czechoslovak Federal Assembly, as well as the head of the Social Democratic Party. Dubček died in November 1992, after a car crash.

“I worked for the TASR newswire in the 1990s,” the photographer of the series, Vladimír Benko, told The Slovak Spectator. “I started taking pictures of him during the November Revolution, and later accompanied him on some of his official trips, and I took a lot of them.”

Benko explained that the idea to portray Dubček in his private life emerged when the mood, especially among Czech politicians in the federal assembly, started turning against him, and he was accused of being a former communist.

The photographer said: “I made pictures of Dubček at home, in various settings and costumes, also in his Bratislava office, in the house where he was born, in Uhrovec. I also made photos with his whole family, at the cemetery near the grave of his wife, and with some of his friends.”
Benko concluded by saying that the project lasted for two years.

Stanislav Vallo, former Slovak Ambassador to Italy and a big proponent of Slovak-Italian ties, explained why Alexander Dubček was so popular and so well-respected in Italy.

“I think that Dubček has charmed Italians [ever] since the Prague Spring, when [a kind of] ‘Euro-communism’ prevailed,” he said. “In November 1988, one year before the revolution, the dean of the Political Department of Bologna University, Professor Guido Gambetta, paid tribute to Dubček on the occasion of a university celebration and awarded him with the Honoris Causa title,” Vallo said. “From then on, Dubček kept returning to Italy every year, visiting several cities as well as the Vatican, meeting politicians, and writer Umberto Ecco as well.”

The Dubček exhibition, comprising about 30 photographs, will run in the western terrace of Bratislava Castle from June 22 until July 2, with free admission. More information can be found at www.dolcevitaj.eu.