SLOVAKIA finally has its representative on the International Olympic Commission (IOC) as shooter Danka Barteková was appointed along with three other athlete representatives in early July. 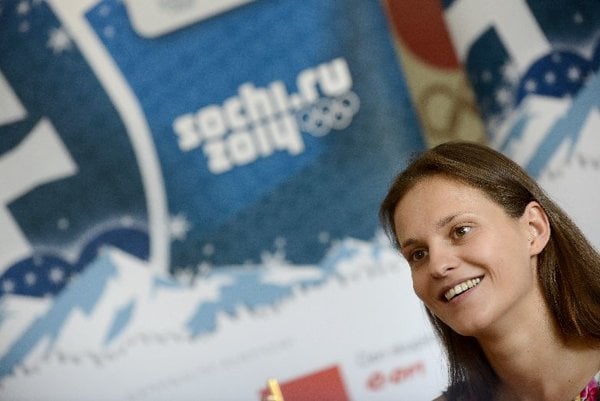 SLOVAKIA finally has its representative on the International Olympic Commission (IOC) as shooter Danka Barteková was appointed along with three other athlete representatives in early July.

Barteková was elected in London last year by the athletes participating in the Olympic Games to join the highest Olympic body. She was born in 1984 and is currently the IOC’s youngest member.

“Being elected into the IOC is a great victory for me, but it also means a great responsibility,” Barteková said in a July 8 press conference.

Barteková, who graduated in international relations at the Matej Bel University in Banská Bystrica, also has a history in sports administration. She served as a member of the Advisory Council of Minister of Education for Sport Matters in Slovakia in 2009-2010, and as Young Ambassador of the Youth Olympic Games 2010 in Singapore for Slovakia.

“She is a suitable person for this post and we expect her to be very active,” Slovak Olympic Committee (SOV) President František Chmelár told the July 8 press conference, adding that several IOC members, including President Jacques Rogge, share his opinion.

In its 20-year history, Slovakia has been represented in the IOC by just one person, prior to Barteková. Between 1981and 2001 Vladimír Černušák was a member of the committee. In 2002 he was granted an honourary membership.

The new members joined the rest of the committee at the July session for the presentation of the three Candidate Cities for the third Summer Youth Olympic Games in 2018 – Buenos Aires (Argentina), Glasgow (United Kingdom) and Medellin (Colombia). One of the first important IOC decisions that Barteková will participate in is the vote on the location of the 2018 Youth Olympic Games and in September 2013 in Buenos Aires the committee will vote on its new president and the location of the 2020 Olympics.

Read: The Slovak Spectator’s interview with Barteková after she was elected