SLOVAKIA’S economy in the second quarter of 2013 posted a 0.9 percent growth on an annual basis, thus keeping the country out of recession, but the growth is still too feeble to support the creation of new jobs, as indicated by the 1.3 percent drop in employment when compared to the second quarter last year, according to the flash estimate of the Slovak Statistics Office released on August 14. In the first quarter of this year, the economy grew by 0.6 percent, the statistics authority said. 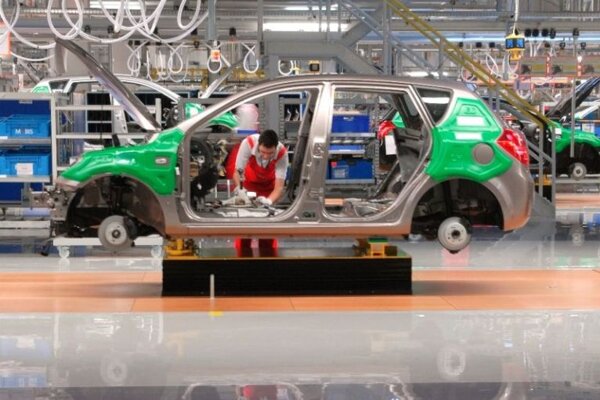 Exports might have contributed the most to GDP. (Source: SME)
Font size:A-|A+0

SLOVAKIA’S economy in the second quarter of 2013 posted a 0.9 percent growth on an annual basis, thus keeping the country out of recession, but the growth is still too feeble to support the creation of new jobs, as indicated by the 1.3 percent drop in employment when compared to the second quarter last year, according to the flash estimate of the Slovak Statistics Office released on August 14. In the first quarter of this year, the economy grew by 0.6 percent, the statistics authority said.

The modest second quarter growth numbers nonetheless surpassed forecasts by market watchers with commercial banks, who had predicted 0.7 percent growth. According to the July survey of Slovakia’s central bank, they forecast 0.8 percent growth for the year, according to the SITA newswire. They also said that if positive trends continue here and in other Euro area countries, the second wave of recession in the eurozone could end.

Though, the details of GDP data are not available yet, Martin Baláž of the Slovenská Sporiteľňa assumes that exports have contributed most significantly to GDP.

“It is being implied by the positive development of foreign trade,” Baláž said adding that the trade surplus increased by 80 percent year-on-year in the second quarter. “Imports due to the slowed domestic consumption nearly stagnated.”

Ľubomír Koršňák of UniCredit Bank also had assumed that domestic demand as a whole continues to decline, but after nine quarters of continuous decline, “surprisingly, in the second quarter, household consumption might also have contributed to the growth”, he said.

This growth is indicated by an increase in retail revenues, which Koršňák says could be because of the resumption of the growth in real wages.

“Yet, investment activities of domestic companies probably remain low and thus investments continued hindering the growth of GDP,” Koršňák said, adding that this is indicated also by numbers of loans provided to non-financial companies by the Slovak banking sector, which continued to fall.

Much like Slovakia, elsewhere in Europe modest growth pointed the way out of recession. The largest economies of the European Union in the second quarter brought positive surprises with Germany achieving growth at 0.7 percent compared to the previous quarter and the French economy growing by 0.5 percent quarter-on-quarter, Baláž noted.

Developments in the Czech Republic, which posted 0.7 percent growth compared to the previous quarter and thus climbed out of recession, breeds further optimism. The development thus indicates that the economic growth for the whole eurozone could be positive in the second quarter, Baláž said, with the markets expecting the growth to stand at 0.2 percent, “which could wrap up the second wave of recession in the eurozone”.

“The first half of the actual year has exceeded our expectations, which suggests that the growth for the whole 2013 will obviously become stronger than the originally expected 0.3 percent year-on-year,” said Andrej Arady, a macro-economist with VÚB Bank.

According to Arady, surveys among eurozone companies imply a moderate increase of activity, but the domestic environment may worsen compared to the second quarter, he added.

“The total picture offered by the data suggests that the economy has stabilised and in the second half of the year could approach the performance it posted during the first half of the year,” Arady said.

“The mildly negative news is the further drop in the total employment in the economy,” Baláž said, adding that this, compared to the previous quarter, dropped by 0.4 percent. “The growth of the economy is too slow in order to create new jobs”.

The growth in Slovakia’s economy is not translating into developments on the labour market, or in other words, into the number of people with jobs, the National Bank of Slovakia (NBS) said on August 14.

“Part of the lower employment rate may be due to people who retired and have not been replaced by new employees,” the NBS said as reported by the TASR newswire.

While monthly reports actually indicated a rise in employment, this may have been influenced by employers’ using so-called work-performance agreements instead of fully-fledged job contracts, the NBS added.

“What is more, quarterly statistics give a relatively better picture of small enterprises and sectors such as banking and agriculture,” the NBS said in its statement.