Project pushes for a boost in exports

SLOVAK companies do not use their full export potential, according to the Slovak Investment and Trade Development Agency (SARIO), and so the group launched the Mission 14–Made in Slovakia project aimed at changing this on September 23. 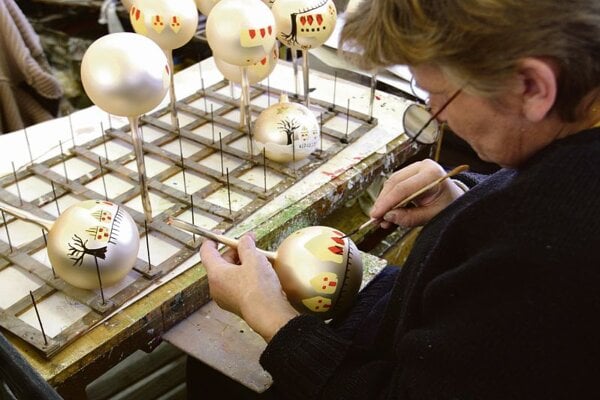 SLOVAK companies do not use their full export potential, according to the Slovak Investment and Trade Development Agency (SARIO), and so the group launched the Mission 14–Made in Slovakia project aimed at changing this on September 23.

Of the 16,600 small and medium-sized enterprises active in Slovakia in 2011 and 2012, just 20 percent contributed to the country’s exports, according to SARIO.

The main aim of the programme, according to SARIO officials, is to support the efforts of small and medium-sized enterprises (SMEs) to enter foreign markets. The project was created together with Eximbanka, Google Slovensko, Sberbank Slovensko, Slovak Telekom and Zoznam.sk.

“Slovak products and services are respected abroad mostly for their quality, so through this project we want to encourage Slovak companies to start thinking about exporting and help them go through the initial problems,” Róbert Šimončič, SARIO’s general manager, said.

The project focuses on SMEs, which employ 70 percent of workers in Slovakia and generate about 40 percent of GDP, according to SARIO. Many such businesses eventually stagnate since they only focus on the local market, which has limited consumption. Less than half of Slovak SMEs export their products, according to an analysis by Sberbank Slovensko.

Among the main problems keeping SMEs from exporting more is lack of information. A typical Slovak businessperson is not innovative and has little ambition for entering foreign markets, said Martin Marko, creator of the project and a senior consultant at SARIO.

“Therefore one of the project’s goals is to show, also through exporting success stories of Slovak SMEs, that exporting is a way to develop successful companies,” Marko told The Slovak Spectator.

The project has two phases. Within the first phase SARIO wants to start a dialogue between successful SMEs and partners of the project, Marko said. The businesses will be encouraged to visit the official website Misia14.sk and express their opinions on problems with exports via an online questionnaire.

Róbert Kičina, executive director of the Business Alliance of Slovakia (PAS), said the project is promising as it includes both informative and consulting aspects.

“Still, it is naive to assume exports will suddenly double,” Kičina told The Slovak Spectator.

Based on the collected information the partners will create a “package of services” based on the specific needs of companies, Marko said. In other words, partner companies would likely advise others on the areas of greatest concern revealed by the questionnaires.

Vladimír Sirotka, head of the Slovak Association of Small Companies, told the private broadcaster TV Markíza that he welcomes specific things in the package, like the translations of technical norms or uniting regulations in order to make it easier for small firms to enter the foreign markets.

The project will continue into the first half of 2015, when SARIO plans to assess and announce the results, Marko said.

The state-backed export bank Eximbanka has also published a draft proposal in which it proposes to allocate €2.725 billion to support Slovak exports next year. The Mission 14 project will likely help raise awareness among SMEs about the possibility of tapping these funds.

While there is little disputing the excitement generated by the Mission 14 project, there are varying degrees of optimism over how much impact it can have amid still difficult international economic conditions.

Exporting European companies have by 130 percent better dynamics of creating new jobs than those which do not export, Marko said. But Kičina, on the other hand, sees limited possibilities for companies to grow and boost production.