A COURT ruling makes it increasingly unlikely the state will avoid paying the €25-million bill that Achmea, the Dutch owner of the health insurer Union, has submitted to the country over controversial legislation which prevented privately-owned public health insurers from retaining profits. 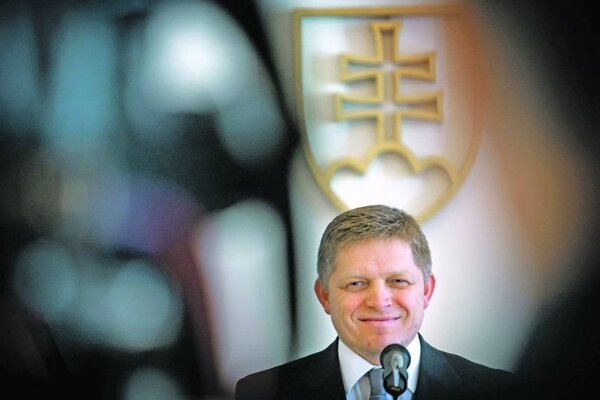 A COURT ruling makes it increasingly unlikely the state will avoid paying the €25-million bill that Achmea, the Dutch owner of the health insurer Union, has submitted to the country over controversial legislation which prevented privately-owned public health insurers from retaining profits.

The Federal Court of Justice of Germany in mid-September said it will not deal with Slovakia’s request to assess the decision of the International Court of Arbitration, which ruled in December 2012 that Slovakia has to pay Achmea for what it called a violation of the provisions of the investment treaty between Slovakia and the Netherlands.

Local dailies Sme and Hospodárske Noviny broke the story on the decision of the German court on October 15, suggesting that the court indirectly upheld the ruling of the arbitration court when it said that it would not deal with the matter since it has already been decided by a court. The dailies referred to information from Andrej Leontiev and Radovan Pala, lawyers with the TaylorWessling law firm. Yet, Finance Minister Peter Kažimír responded that the case is not as gloomy for Slovakia as local media have painted it, adding that the German court did not decide on the merit of the case, but only issued a draft decision, to which Slovakia can now respond.

“We will fight for every single euro,” Kažímír said, as quoted by the TASR newswire on October 16.
Prime Minister Robert Fico responded last December to the arbitration court’s ruling by saying nobody would pay anything to anybody, and that the state would proceed accordingly. Six months later, a Luxembourg court sided with Achmea and ordered the sequestration of €29.5 million in Slovak state assets as part of the legal action brought by the private insurer. The attitude of the Slovak government however remains unchanged.

“The German supreme court did not decide on the matter, which means that Slovakia is not obliged to pay the money,” said Finance Ministry spokeswoman Alexandra Gogová, as quoted by TASR. “The Finance Ministry will continue to defend Slovakia’s interests.”

As far as the issue of the legitimacy of the International Court of Arbitration in the Slovakia versus Achmea dispute is concerned, the Federal Court of Justice of Germany was the court of last instance, according to Sme.

Slovakia is now in the jungle of judiciary procedures, said Kažimír, adding that he was surprised by the “unhidden joy” of some representatives of the opposition or legal experts. The minister insists that the final decision has not yet been made. However, Kažimír was reluctant to reveal Slovakia’s future strategy, saying that it remains possible some positive surprises are yet to come, TASR reported.

The ban on health insurer profits, which was passed in 2007 and came into effect in 2008, was one of the most criticised laws produced by the first Fico government. In January 2011, the Constitutional Court ruled that the legislation restricted the property rights of the health insurers’ shareholders and interfered in the insurers’ right to do business by preventing them from making autonomous decisions over how to use their profits, and was thus unconstitutional.

Opposition parties are interpreting news on the court ruling as final and placing most of the blame on Fico.

The prime minister in the issue of banning the private insurers from retaining profit or distributing it to the shareholders acted unconstitutionally and now the citizens of Slovakia will pay the bill, said Ján Figeľ, chairman of the Christian Democratic Movement (KDH) told the SITA newswire.

“Instead of cheaper drugs or higher salaries for the nurses, we will be paying damages for the lost arbitration with several health insurers,” Figeľ said.

Deputy chairman of the Slovak Democratic and Christian Union (SDKÚ) Viliam Novotný said that Slovakia’s chances of seeing the arbitration revoked are diminishing day by day, while the government “is only stalling for time by appealing to other courts, which is only increasing the bill for the Slovak public”. Novotný estimates the overall damage for Slovakia exceeding €50 million, TASR reported.

His SDKÚ colleague Ivan Štefanec requested that Kažimír submit a report to parliament on where the Finance Ministry would get the funds to pay the damages. The Freedom and Solidarity (SaS) party even called on Fico to resign, however the opposition parties failed in their efforts.

Last year Fico said that the developments around Achmea would “in no way” discourage him from pursuing his pet project: establishing single-payer, state-owned public health insurance.

The government has been working on the creation of the unitary health insurance system, which might even involve the expropriation of private insurers if a deal to purchase their assets falls through. Critics of the plan say it could mire the state in additional lawsuits, with Achmea already serving notice of arbitration to Slovakia on February 6, 2013 over what it views as the threat of expropriation of private health insurers.

However, there are already hints of a delay to the original plan, which aimed to have a single health insurer operating as early as the start of 2014. Even the draft transformation bill now envisages the launch of the single insurer in 2015 at the earliest.