MOLDAVA NAD BODVOU – The United Nations is the latest organisation to officially condemn a violent police raid on a Roma settlement outside the eastern city of Moldava nad Bodvou in June, but the biggest criticisms remain with the continued failure of state authorities to fully investigate allegations of police brutality, illegal detention and excessive use of force. 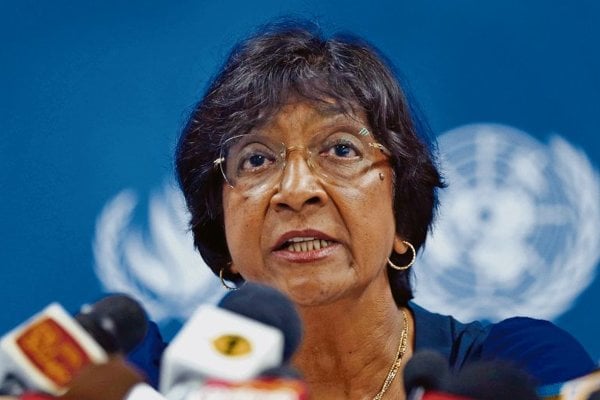 MOLDAVA NAD BODVOU – The United Nations is the latest organisation to officially condemn a violent police raid on a Roma settlement outside the eastern city of Moldava nad Bodvou in June, but the biggest criticisms remain with the continued failure of state authorities to fully investigate allegations of police brutality, illegal detention and excessive use of force.

On October 11, United Nations High Commissioner for Human Rights Navi Pillay rejected Interior Ministry claims that the investigation into the incident was independent or sufficiently investigated. Meanwhile, a Smer-dominated parliamentary committee continues to block a report by Ombudswoman Jana Dubovcová that found police “violated fundamental rights” and that the follow-up investigation “did not fulfil the requirement of independence”.

On June 19, 63 police officers raided the Roma settlement informally named Budulovská, purportedly seeking seven men for which they had arrest warrants. They found none of those men, but violence ensued and 15 other Roma were taken to the police station. While police allege they were attacked upon entering the 800-person settlement, none of the 15 detained were ever charged with a crime resulting from the clash. Several of the Roma were injured, and at least one of them contends that he underwent two more severe beatings at the police station itself. A second alleges he left the station bleeding from his rectum. An NGO active in the settlement, ETP Slovensko, documented injuries with photographs.

“They told us, ‘Every time you speak, you will be beaten’,” said Milan Hudák, 30, who said he was beaten and tasered, before being taken to the police station and beaten twice more. “They said, ‘We will break your arm so you can’t write and your mouth so you can’t speak’.”

In a separate interview, another man who was detained, Štefan Mata, a 23-year-old who now lives in the settlement, but was raised in a state orphanage, told a similar version of events.

“They never asked us anything, they just started to beat us,” he said. “I have never seen anything like it, except in the movies.”

Speaking in his office, Interior Minister Robert Kaliňák did little to dispute the narrative of events, instead insisting that such tough-on-crime policies are necessary and politically popular. He said such incidents are not uncommon and that “showings of force” are a conscious part of policing strategies that have led to a drop in crime during his two tenures as minister.

Much speculation has surrounded potential motivations for the severity of the incident, and indeed just days before the June 19 raid, police had twice come to the settlement to ask residents to turn down the music playing at a celebration. That party marked the completion of a European Union-backed project. During the second police visit a rock was thrown through the window of the squad car. Two men were arrested. One is now charged with throwing the projectile. The other, a mentally disabled man, was incarcerated for several weeks at a jail in nearby Košice – until ETP Slovensko was able to procure him an attorney. He was released and faces no criminal charges.

The morning after the rock-throwing incident, an EU official who had been at the previous night’s party but left before the two Roma men were detained, asked Hudák to bring him to the police station. Hudák did so and cites his appearance with the EU official as the reason he was targeted for additional beatings on June 19. Specifying one police officer by name, Hudák said that the officer, while beating him at the police station, repeated to him: “Where are your friends from Brussels now?” Other police officers had to intervene to stop the beatings, he said.

Police deny this account and the Interior Ministry report cites, among other things, “arrogance” by the Roma as the reason police conducted the raid, which police titled “Repressive-Search Action 100”. The ministry claims that settlement residents attacked police first, though the report does little to address why, if that were the case, none of the alleged Roma attackers were charged with a crime in relation to the incident.

“It’s not only about the Roma, it’s about the police doing whatever they want,” said Martin Vavrinčík, who works in Budulovská for ETP Slovensko. “[Kaliňák] really believes that the solution to Roma issues is in repression.”

When Slovakia’s ombudswoman investigated the raid and presented her findings to a parliamentary human rights committee in late August, several of the Roma from Moldava nad Bodvou made the trip to Bratislava out of hopes the committee would listen to their account of the events. The committee took testimony from Kaliňák, but declined to hear from the Roma and then opted to shelve Dubovcová’s report, thus preventing it from going before the full parliament for discussion.

“If we allow the intervention in Moldava to go unnoticed by the public, in quiet agreement with politicians, then an incident like this could occur anywhere,” Dubovcová said in an interview. “It will be hidden like nothing happened.”

In Slovakia, experts estimate there are 700 rural Roma settlements like Budulovská, where unemployment is near 100 percent. On a late September visit, residents could only cite one member of the community with regular full-time work. ETP Slovensko has launched a project whereby residents help construct their own homes, thus becoming personally invested in the process. The interior of one of these homes resembled a basic apartment and the family that lived there had later installed their own bathroom connected to a septic tank. A small community centre, where Hudák volunteers, in a mobile trailer near the entrance to the settlement is another of the bright spots.

Monika Horváthová, a Roma woman who runs that community centre and lives not in the settlement but in nearby Moldava nad Bodvou, said the Roma community remains on edge even months after the incident.

“Even the four-year-olds know to go hide when they see the police,” she said.

While the ETP Slovensko housing project and community centre seemingly make headway among the difficult socio-economic conditions, elsewhere in the settlement the picture is less promising. Most residents live in makeshift shanties or a few dilapidated state-built pre-fabricated concrete structures. The surrounding scrubland is used as a toilet by most of the community. Stray dogs and the unemployed linger in dirt streets. The settlement’s infrastructure remains much as it was when it was founded in 1948.

“Our lives will never be the same,” said Hudák, who commutes to Hungary as he has returned to school to complete his long-delayed high school degree. He then hopes to go to college and become a teacher.

“We all fear that it will happen again,” he said.