Building a bridge to Korea

THOUGH the number of Koreans in Žilina Region grew exponentially as Korean automaker Kia set up shop, Slovaks in the area still know surprisingly little about their new neighbours. 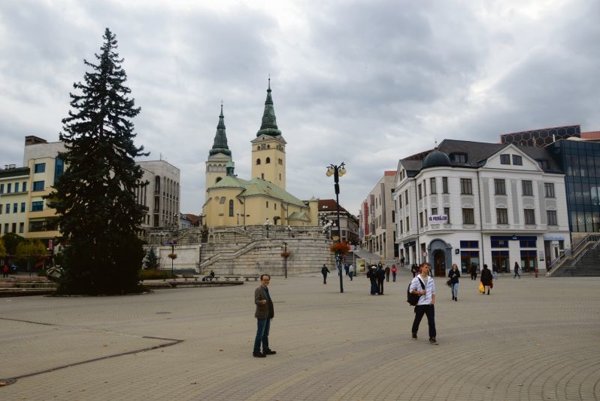 THOUGH the number of Koreans in Žilina Region grew exponentially as Korean automaker Kia set up shop, Slovaks in the area still know surprisingly little about their new neighbours.

Kia Motors opened its plant in Teplička nad Váhom, just outside Žilina, in 2004. After launching production in 2006, the plant created approximately 3,800 jobs and now churns out about 300,000 cars per year, according to the company. Even statistics about employment in Žilina Region show the immediate impact of the company, with 57,000 unemployed people in the region in 2003 dropping to just 39,000 in 2006, according to the Hospodárske Noviny daily.

The plant’s opening also brought an influx of Koreans, with 171 holding permanent residency in the region and 409 nationwide, according to the Interior Ministry. Another 1,139 Koreans have temporary permits.

Despite nine years of coexistence between Koreans and the domestic population in Žilina Region, the majority knows little about South Korean culture. Eva Bechná, a 47-year-old deaconess of the Evangelical Free Church in Žilina who helps Korean citizens settle, attributes it to local apathy.
“Ordinary locals are not interested about it at all,” she told The Slovak Spectator. “Maybe it is too distant of a culture for us. An accommodating step on both sides has to be done to make a change.”

However, it may also be caused by the amount of time Koreans spend at work, said Seo Il Won, pastor of the Korean congregation within the Evangelical Free Church.

Another explanation may be the insulated nature of the Korean community, with few learning Slovak as their stay is often temporary, according to a 2013 study published by International Organisation for Migration.

“In reality, the majority of citizens have not come in contact with Korean culture,” Žilina Mayor Igor Choma told The Slovak Spectator, though he insisted it is not because of a lack of effort on the city’s part.

“The city organises cultural and social events with general partner Kia Motors Slovakia, where the relations of both nationalities blend together,” he said.

In the beginning Koreans received a rough reception as locals feared Koreans might take their jobs, Bechná said.

“There were hate crimes against the first pastor of the Korean congregation, so he had to call the police,” Bechná said.

Though the situation has improved problems remain, including the stereotype that Koreans perceived as wealthy are ripe for being tricked out of money.

“People are giving to Koreans different prices than they would give to Slovaks when leasing flats,” Bechná said. “There are also stores and offices in Slovakia that are not yet ready to communicate in English with them.”

That said, Bechná does note the long working hours common among Korean émigrés. She said many Koreans tell her they would like to join the religious community, but simply do not have the time.
“One Korean man told me, he would wish to come, but he spends so little time with family that he would even regret visiting church on Sunday instead of being with his family,” Bechná said.

Seo said that this kind of “busyness” has roots in the 1960s and 1970s, when South Koreans worked to grow their economy, often at the expense of free time.

“We [Koreans] became richer, but we lost our traditional culture,” Seo said. “Many Koreans think only of themselves, but many Slovaks look after other people, including Koreans, which is good for us.”

In recent years, Koreans have also sought to reach out to their hosts in Žilina. In July 2011 they invited inhabitants of Krasňany village to their housing complex to show their accommodation, Kia Motors Slovakia employee relations specialist Yeon-Hee Kim said.

Moreover, Kia and its subcontracting companies organise a whole range of activities too.

“The most popular among these is the annual Kia Family Day held every June, with excellent feedback from employees and locals alike,” Sewon Kim, the first secretary of the Embassy of the Republic of Korea in Bratislava, told The Slovak Spectator.

If nothing else food has proven to be an item with cross-cultural appeal.

“There are several Korean restaurants in Žilina and food has a power to share culture and make relationships between other nationalities,” Yeon-Hee said.

Sports may be yet another avenue for building relationships.

“Many Koreans would like to know if there is a game played by Korean and Slovak people together,” Seo said. “We would like to join.”

Bechná sees the presence of Koreans in Žilina as an opportunity to broaden horizons and expose locals to things they might not otherwise get to know.

“In general, it is good training of Slovaks’ tolerance towards other cultures that we [the majority] are learning how to live [with Koreans] and that there are people different from us,” Bechná said.