IN SLOVAK, there is saying that “the perpetrator tends to return to the scene of the crime”. In some ways, this could also be said of the artist Ašot Haas, who has returned to Bratislava´s Nedbalka Gallery for its first anniversary to exhibit a collection of his latest projects called “Diamonds & Reliefs”. 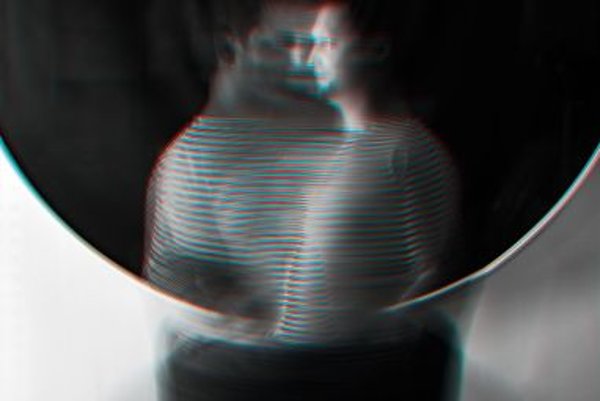 IN SLOVAK, there is saying that “the perpetrator tends to return to the scene of the crime”. In some ways, this could also be said of the artist Ašot Haas, who has returned to Bratislava´s Nedbalka Gallery for its first anniversary to exhibit a collection of his latest projects called “Diamonds & Reliefs”.

When the gallery opened about a year ago, it sought an aesthetically pleasing solution for its fire system. After the decision was made to create an object that combined technical requirements with artistic demands, Haas was given the task of creating it, the product of which can be found inside the gallery. Taking the form of a transparent glass object, Haas´s work forms the border between two floors and is a permanent fixture of the gallery.

“I started with the idea of diamonds about eighteen months ago,” Haas said to The Slovak Spectator about his exhibition. “When I saw these diamonds – and about one percent of all diamonds in the world are perfect – I wanted to put them into confrontation with classical optic glass and strive to place them in a higher position for the sake of the reflections this would yield. I scanned the reflections and afterwards placed the diamonds into the optic glass.”

Haas added that the second motif was a form of relief. “Until now, I have worked with a two-dimensional surface that creates a virtual space,” the artist said. “But recently, I have wanted to shift it to the three-dimensional plane where I can still work with virtual space through a certain animation of the space available.”

He concluded that during his correspondence with people from the Nedbalka Gallery, he mentioned his two projects and they consequently asked him to celebrate the gallery´s first anniversary with them. He attributes this somewhat to the fact that he made a bespoke glass installation for their gallery.

The current exhibition in Nedbalka – on Nedbalova 17, Bratislava – can be visited until November 10. The curator of the exhibition, Pavol Choma, who gave a speech at the exhibition’s opening, is also author of the book “Inside”, which reads like an extended catalogue mapping these two projects. Within the 115 pages of his work, which also features an intriguing hard cover, Choma explores the beauty of Haas´s artwork through photos, as well as examining their background in text offered both in Slovak and English.

At the opening of the exhibition on October 15, Choma praised Haas as a very diligent artist who strives to enhance his portfolio, work and artistic methods while exploring new ground. “If a better time for art were to come,” Choma said with a lofty air, “Haas will be one of the people prepared for it.” Choma noted that the aesthetics of geometry does not allow for any negative emotions, and that glass is a material into which it is hard to put bad energy. It seems that the perpetrator has returned to the scene of the crime with “diamond-clean” intentions and aesthetics, ready to present his most recent artistic ventures.