SUPREME Court President Štefan Harabin has cleared another hurdle on the way to cashing in €150,000 in damages paid by the General Prosecutor’s Office after Justice Minister Tomáš Borec said that the disputed changes to a Bratislava Regional Court panel of judges, which sided with Harabin, were in line with the law. 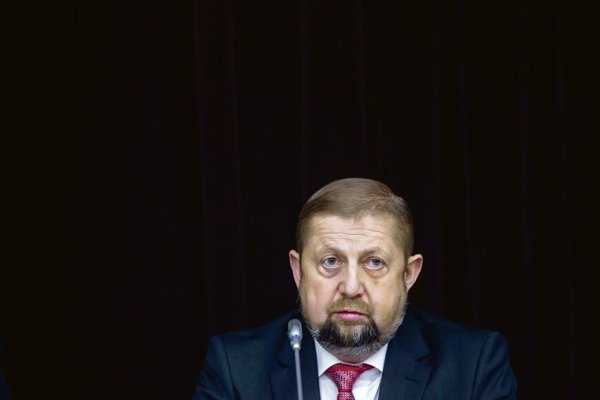 SUPREME Court President Štefan Harabin has cleared another hurdle on the way to cashing in €150,000 in damages paid by the General Prosecutor’s Office after Justice Minister Tomáš Borec said that the disputed changes to a Bratislava Regional Court panel of judges, which sided with Harabin, were in line with the law.

The Bratislava Regional Court earlier this year upheld a lower court verdict, which in September 2012 ruled that the General Prosecutor’s Office erred by confirming that a recording of an alleged 1994 phone conversation between Harabin and drug-lord Baki Sadiki formed part of a request by the then head of its criminal department to have Harabin excluded from decision-making in cases involving Sadiki. The court awarded Harabin €150,000 in damages for what it called an incorrect official proceeding.

Yet, shortly after breaking the story on Harabin’s award, the Sme daily reported on November 8 that the Bratislava Regional Court first cancelled the decision to pay €150,000 to Harabin, but after changes were made to the composition of the judicial senate the decision was upheld.

Opposition MP Daniel Lipšic, who in the past served as the minister of justice and the interior, called on Borec to examine the case.

“The chairman of the regional court carried out its managerial acts pertaining to the distribution of work completely legitimately, in line with the law without intervening for the benefit of any of the parties involved in the process,” Borec said on November 12, as quoted by the TASR newswire.
According to Borec, the change of the senate was caused by a lack of judges and a disproportional flow of cases to particular judges. As for the €150,000 to be paid to Harabin, Borec said he is not a fan of high damages of this kind.

Lipšic has slammed the €150,000 to be paid for Harabin, suggesting that regular people would receive much lower damages in court cases.

“The sum of the damages is still very low,” Harabin told a press conference on November 7 in response to Lipšic. “The fact alone that someone connects a judge with a drug dealer is a trauma for me, which cannot be compensated for,” the SITA newswire reported.

Harabin has also said that he is considering further lawsuits in association with the transcripts of the alleged phone call with Sadiki, adding that he would seek an apology and donate the money to charity.

Back in 2008, the opposition cited the transcript in a motion seeking to get Harabin sacked as justice minister during Prime Minister Robert Fico’s first government. The initiative, which failed, was led by Lipšic, who called Harabin’s ties with Sadiki “friendly”.

Harabin, who went straight from the post of justice minister to the Supreme Court, has called on Lipšic to pay the €150,000 bill from his own pocket, according to the SITA newswire.

Both Harabin and Sadiki denied contacts and the existence of the phone call. According to Sme, the court did not scrutinise the authenticity of the transcript.

Out of hot water

On October 29, the Constitutional Court (CC) upheld an earlier ruling penalising Harabin by reducing his salary for hindering the Finance Ministry audit of the Supreme Court, but on the following day the CC dismissed most of the disciplinary motions filed against Harabin by former Justice Minister Lucia Žitňanská during her 2010-2012 tenure.