Investment interest from Belgium up

THERE are already over 160 companies with Belgian capital in Slovakia, while last year saw an increase in interest among Belgian investors in Slovakia. They see Slovakia as a reliable business partner benefitting from a stable economy, the euro and a skilled workforce, as well as labour costs that are significantly lower than in Belgium. 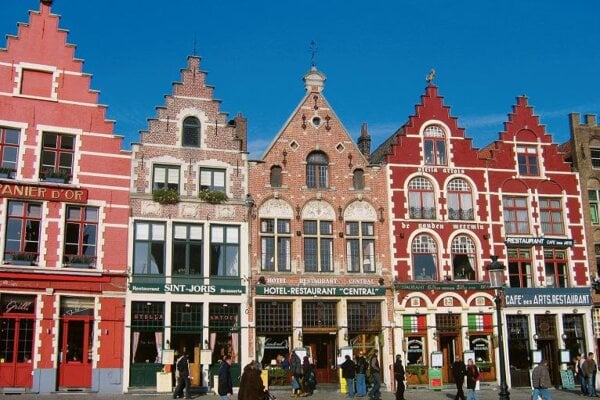 THERE are already over 160 companies with Belgian capital in Slovakia, while last year saw an increase in interest among Belgian investors in Slovakia. They see Slovakia as a reliable business partner benefitting from a stable economy, the euro and a skilled workforce, as well as labour costs that are significantly lower than in Belgium.

“The interest of investors has increased over the last year,” said Dírer. “Belgian investors are exploring new markets, especially to the extent that they are looking for new clients, and along with this they are also extending their production to these markets.”

The biggest Belgian investment in Slovakia registered by SARIO so far is Bekaert, which produces steel wire for car tyres. The firm has two plants in Slovakia: in Hlohovec and Sládkovičovo, and it has operated here since 2000.

Tyrala added that other companies with Belgian capital in Slovakia include Team Industries in Liptovský Mikuláš, Gilbos Slovensko in Košice, Plastiflex in Kežmarok, Carmeuse in Slavec, Punch Products in Trnava, Punch Assembles, Punch Property and Punch Campus in Námestovo, Quinn Plastics Slovakia in Žilina, Leonidas in Trebišov, VDP Slovakia in Prievidza, Haco in Senica, ČSOB bank in Bratislava and Plantex in Piešťany.

According to the Dun & Bradstreet database, over 160 firms whose parent companies are from Belgium are operating in Slovakia, Dírer told The Slovak Spectator.

The Dun & Bradstreet database confirms Belgian investors’ interest in Slovakia, according to Dírer, with seven new companies with links to Belgium launched in Slovakia in 2011, and as many as 18 in 2012.

Lucia Harabinová, trade commissioner of the Belgian Trade Commission in Slovakia, specified for The Slovak Spectator that there have also been some expansions of already existing companies, e.g. ALRO in Trnava, ArcelorMittal Tailored Blanks in Senica, LVD in Tornaľa and Plastiflex in Kežmarok.

“Deltrian in Veľký Slavkov, in the Poprad region, and Aspel in Kežmarok, do foresee a possible extension within a year,” said Harabinová.

Harabinová told The Slovak Spectator that Belgian companies see Slovakia as “a reliable business partner with a stable economy; otherwise most of them use the presence of their production facility as a good ‘logistic hub’ for their clients within central Europe. In addition, there is the advantage of the euro and a reliable and skilled workforce”.

According to Harabinová, some of the hurdles to doing business in Slovakia that they face include bureaucracy, the language barrier, a lack of transparency in public tenders, the state of the country’s infrastructure, the lack of a highway linking both ends of the country, the relatively low functionality of the existing airports and the lack of R&D centres.

SARIO, which presents Slovakia’s investment environment to other countries and emphasises the advantages of investing in Slovakia, cooperates with the Slovak Embassy in Brussels, Slovakia’s honorary consul in Antwerp and consultancy companies in Belgium to draw Belgian investors to Slovakia.

According to Dírer, this cooperation has led to the successful start of investment projects and thanks to it SARIO representatives presented investment opportunities in Slovakia at a seminar at the Slovak Embassy in Brussels in April 2013.

“We pointed out the openness of Slovakia to investments and stress was put on high labour productivity, the qualifications of the labour force and the close proximity to key markets,” said Dírer. “Belgian investors were surprised by the notable difference between the labour costs in Slovakia and Belgium, which has one of the highest in Europe.”

Dírer specified that Belgian investors were most interested in the automotive industry and shared services centres.

Aggregate direct foreign investments from Belgian businesses in Slovakia amounted to almost €1.389 billion in 2010, while preliminary figures from 2011 put them at €1.319 billion, Dírer said, citing statistics from the National Bank of Slovakia. According to Tyrala, this made Belgium the 10th most important foreign investor in Slovakia.

Dírer added that SARIO’s efforts have helped attract Belgian investments worth over €152 million since SARIO was created in 2002. Within these 17 projects almost 1,740 jobs were created.

Investments went especially into the manufacturing of products from rubber and plastics and metal products.