WORK migration is not an immediate threat for Slovakia, unlike in countries of western Europe, where some voters and politicians perceive it that way. Thus, if radical and extremist forces get their say in the European Parliament (EP) elections, it will be due to the low voter turnout, for which Slovakia is notorious among EU member states. The Slovak Spectator discussed this and other EP-related issues with Vladimír Bilčík, a senior researcher with the Slovak Foreign Policy Association (SFPA) think tank. 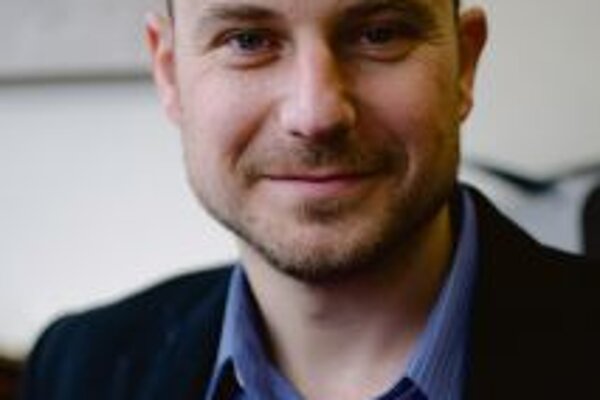 WORK migration is not an immediate threat for Slovakia, unlike in countries of western Europe, where some voters and politicians perceive it that way. Thus, if radical and extremist forces get their say in the European Parliament (EP) elections, it will be due to the low voter turnout, for which Slovakia is notorious among EU member states. The Slovak Spectator discussed this and other EP-related issues with Vladimír Bilčík, a senior researcher with the Slovak Foreign Policy Association (SFPA) think tank.

TSS: Old EU member states fear the success of extremist movements in the elections. Will this be an issue in Slovakia?
Vladimír Bilčík (VB): There is a thicker dividing line between countries who have been participating in the elections since they were first held in 1979 and newer member states. The older member states have a longer tradition and a different attitude of political parties to the EP elections. Unemployment and mainly migration is a very sensitive topic there, and is connected with the rise of extremist powers in those countries. Freedom of movement is one of the key liberties in the EU, and it is now under great pressure at the national level, mainly due to the fact that many believe it to have negative consequences for their own employment and economic possibilities. This topic will resonate prior to the EP elections in western Europe. In Slovakia, work migration is not perceived as an immediate threat, since we have people leaving the country rather than coming in. The only warning sign is the election of Marian Kotleba to the post of Banská Bystrica regional president. Low turnout makes the EP elections results rather unpredictable. It might motivate the sceptical and extremist forces, because it gives them a chance to get visibility and even a mandate.

TSS: So it could be similar to the regional elections in 2013 that brought Kotleba to power?
VB: Yes. But the problem also is that people don’t know much about the EP, and the political parties and public institutions don’t seem to be able to tell them directly what the EP means, what possibilities the MEPs have. These things should be debated much more. Unfortunately, they are not and they are not likely to be, and that creates space for radical and extremist forces. I wouldn’t underestimate that possibility, especially after we saw what happened in Banská Bystrica. And I wouldn’t underestimate it also because the parliamentary parties who believe Slovakia has its place at the core of the European integration seem to be inactive for the moment, delaying issues related to the EP elections until after the presidential elections. And then there are their candidates’ lists, which rather resemble the politicians’ attempt to escape the Slovak public space and move to Brussels where they will be out of sight, but still with some status, financially and within the party. Political parties don’t see the nomination of good people as a good investment.

TSS: The truth is also that the voters in Slovakia are not well informed whether MEPs are doing a good job or not.
VB: That is again related to the parties. Not all MEPs are equally active, obviously, and not all of them work with an agenda that would be key for the current development of the European integration and the position of Slovakia in the EU. So there is often no space for them to communicate with national institutions in Slovakia. There are some MEPs who do have positions and they are visible, but they are often not connected with the life of their party back in Slovakia. That might be because they are people who fell out with their parties, like some people in Smer. Or their parties consider them practically retired, like some from the SDKÚ. So there is definitely a lack of a more sophisticated and strategic approach of parties to the whole thing.

The EP is perceived as separate from life in Slovakia, and that is a shame, because the EP really does decide on all the legislative proposals that Slovakia participates in and laboriously tries to shape in line with its priorities in the Council of Ministers. Then the proposal reaches the EP, where we do not have people in the right places. We don’t have our rapporteurs in the committees, we are unable to communicate properly with the EP. There is another example of how the institutions ignore this dimension. Slovakia is currently the only member state not to have a standing representative of its national parliament at the EP, who would serve as a focal point and channel the communication between the national parliament and the EP. It is really a shame that in two years the parliament wasn’t able to find such a person. That also demonstrates how political parties and institutions ignore the role of the EP. And, given that the EP has become a strong political player in recent years, it is an absolute underestimation of Slovakia’s role within the EU.