ONE might not expect to find good or authentic Indian cuisine in Slovakia, yet there are several Indian restaurants around the country, most of which are (predictably) located in the biggest cities, as well as a specialised food store that sells Indian products. 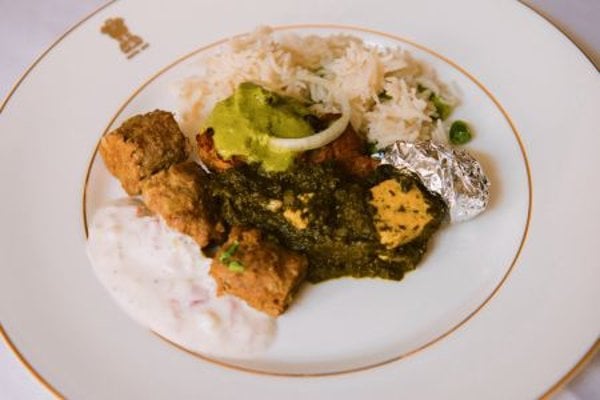 ONE might not expect to find good or authentic Indian cuisine in Slovakia, yet there are several Indian restaurants around the country, most of which are (predictably) located in the biggest cities, as well as a specialised food store that sells Indian products.

“Ninety percent of our clients are Slovak and only 10 are foreigners,” Prakash Chauhan, manager of the Namasté India Exotické Potraviny a Nápoje shop in the Istropolis Centre in Bratislava, told The Slovak Spectator. “Slovaks mostly buy Indian spices, rice, cocoa milk, various teas and nutritional additives, and Ayurvedic products.”

He explained that most customers already know what they want when they arrive, “and only about 10 percent need some help; as everything can now be found on the internet”. Locals also often buy chilli sauces and pulses, he said, adding that some restaurants also shop for supplies in his store, which he runs with his uncle.

Chauhan got involved with the store when he was invited by his uncle to join a business run by another man from India, and in 2008 they decided to leave and launch their own Indian grocery store.
The story of Akshay Kumar Dixit, the owner of Ashoka, an Indian restaurant in downtown Bratislava, started in a different way. He came to communist Czechoslovakia to study at the Faculty of Chemical and Food Technology of the University of Technology in Bratislava, and he stayed. Dixit added that it was his wife who launched the restaurant business nine years ago, and she is still in charge of the operation, while he oversees trade with India.

“Our clients are a mixture,” he told The Slovak Spectator. “Generally, our clients are those who are well-travelled; but occasionally, local people who never travelled abroad also come. I would say approximately 60 percent of the clients are Slovaks who travel around the world and know about Indian cuisine, so they are looking for good Indian food in their homeland.”

He added that such clients are a barometer for their success, as they are the ones who keep coming back. Sometimes these customers bring their less knowledgeable friends and colleagues.

The rest, Dixit said, about 40 percent, are foreign clients; but again, mostly those who live or work in Slovakia for longer periods of time (like managers, IT experts and businesspeople).

“We don’t have so-called tourist clients – and we even don’t prefer to have them,” he explained. “Because they sometimes just take a beer or drink something, and we try to be [more of] a ‘business-and-family’ restaurant with repeat clients and a personal approach,” he concluded.

As for client preferences, Dixit said there were none. When asked if they had to adapt recipes or meals in any way, he explained: “In the beginning, my wife said, ‘OK, let us have an original Indian restaurant, with original ingredients, original cooks, original menus and all kinds of original facilities’; so we cook authentically. We don’t compromise as far as authenticity.” He admitted one difference between domestic and Slovak-based Indian restaurants: 90 percent of the dishes ordered by European customers are non-vegetarian, while in India, it is the opposite.

Not far from Ashoka is another Indian restaurant, Ganesh Utsav, which is thriving as well.

“More than five years ago, my daughter went for a wellness stay in an Ayurvedic centre in the southern-Indian state of Kerala,” owner and managing director, Slovak Viera Vojtková, told The Slovak Spectator. “After one month, she came up with the idea to bring at least the diet and nutrition of this healthy lifestyle that is thousands of years old, here, to Slovakia. After many problems and hurdles, and after one year’s time – five years ago – we opened the first Ayurvedic restaurant in Slovakia.”

Vojtková said their vegetarian lunch menu is the most valued, while during evenings and weekends, dishes featuring chicken, lamb and shrimp are popular. “But generally, one could say the vegetarian meals prevail,” she summed up, adding that the menu, cooked by professionals trained in Ayurveda, contains strictly authentic recipes, with one exception: Slovaks prefer dishes that are less spicy.

She explained that any vegetables or products that can be found in Slovakia are purchased locally, while Indian ingredients are brought in through an Indian shop that imports them directly.

“The core of our clients come from neighbouring companies,” Vojtková said, “but we also have clients who come every day from the outskirts of Bratislava.” She estimated that about 60 percent are Slovaks and 40 percent are foreign expats. “There are also tourists who come, but these are mostly Indians living or working in neighbouring countries who come for a weekend stay and find us on the internet.”

Vojtková said that the clientele of Ganesh Utsav has been growing, “as ever more people discover that it is true that you are what you eat”.