WHILE Slovakia no longer has a national air carrier, it can boast of several developers and producers of light aircrafts. Europe is their primary market, but they see opportunities for expanding into Russia, China and other new markets. 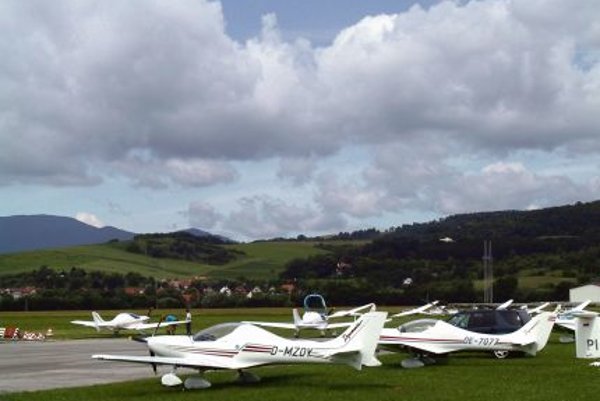 WHILE Slovakia no longer has a national air carrier, it can boast of several developers and producers of light aircrafts. Europe is their primary market, but they see opportunities for expanding into Russia, China and other new markets.

Often pilots themselves, they have been developing aircrafts to fulfil their own dreams as well as those of flying enthusiasts. They produce both high-wing and low-wing aircrafts, with tandem or side-by-side seating, and many other features to accommodate the wishes of their clients, most of whom live abroad.

“The market for ultra light or light sport aeroplanes has been experiencing unprecedented growth in the number of produced aircrafts and increased demand thanks to interest from pilots and the lay public,” Daniel Tomko of Prešov-based TomarkAero told The Slovak Spectator. “We can cite the low costs of their purchase and the operation and the general maintenance as the reason. Last but not least, we cannot omit man’s age-old desire to fly, which, thanks to these aircrafts, more and more people can fulfil.”

In general, their cruise speed ranges from about 110 km/h to 250 km/h and is suitable for aero clubs, sightseeing flights and towing gliders, while they can be used for military training, too. Their price starts in the tens of thousands of euros, while kits, i.e. sets of parts from which the client can assemble the aircraft himself, are cheaper than ready-to-fly aircrafts.

Vladimír Pekár from SHARK.AERO, located at the airport in Senica, compares ultra light aircrafts to motorcycles in terms of their utility.

“Ultra light aircrafts are primarily toys,” Pekár told The Slovak Spectator. “It’s about flying for fun... They need clients who like movement and technical sport, [and who] have enough money for such a hobby and are struck by this.”

“Thanks to them,” Antonín Kazda, head of the Air Transport Department at the University of Žilina, said when asked how he views producers of light aircrafts in Slovakia. “It is actually the only aerospace production [in Slovakia] and apart from the fact that most of the production is exported, it contributes to maintaining and increasing the skills of those working in this field.”

According to Kazda, while ultra light aircrafts are the least demanding to build from a technological standpoint, they still require the same skills that are needed to produce ordinary aircrafts.

“Aerospace has a significantly higher added value than automotive [production] and thus in most countries it is supported in the sector of research and development,” said Kazda, adding that, alas, this is not the case in Slovakia. Kazda sees Asia and China as promising markets for Slovak-made aircrafts as there is demand for ultra light and light sport aircrafts for fun flying as wel as training.

“While it seems that to manufacture an ultra-light aircraft is easy, it is linked not only with mastering the technology of composite materials, but especially with the discipline of the employees during the production.”

There are four producers of light aircrafts in Slovakia, which build aircrafts of their own designs as ready-to-fly-aircrafts as well as kits.

Aerospool in Prievidza is the biggest. It was started 22 years ago and its signature model is the Dynamic WT9, which has been in production for 12 years.

According to Miroslav Maťaš from Aerospool, advanced materials such as sandwich shells and carbon composites have replaced metal in aircraft production. This has decreased the weight of the aircrafts, improved their flying characteristics and reduced both their purchase and operational costs.

For the time being, Aerospool’s biggest clients are in France, Germany and Brazil, while its aircrafts can be found in the whole of Europe and Russia as well as the US, Iran and Southern Africa. Twenty-nine of their planes are in Slovakia.

In May they plan to manufacture the 500th ready-to-fly Dynamic WT9 aircraft, along with which Aerospool has supplied 80 Dynamic WT9 kits. Their current production capacity is 80 planes annually.
Aerospool plans to continue to manufacture the Dynamic WT9, while they have another iron in the fire with the four-seat Advantic WT10. Still in the testing phase, its prototype took off for the first time in April 2013.

TomarkAero is a younger light aircraft producer in Slovakia. The Viper SD-4, introduced to the general public at the popular Aero Friedrichshafen in 2007, is an all-metal two-seater microlight/LSA plane of its own design, suitable for sports, entertainment and recreational flying. In addition to Slovakia and neighbouring countries, Vipers fly in the US and even in New Zealand, and are well known in airports in strategic regions of sport aircrafts, i.e. France, Germany and Italy, according to Tomko. The company also registers interest in the Viper in the Scandinavian and Latin American markets, especially Brazil, as well as Canada, Russia and the fast-growing Asian markets, like China. So far, the company has manufactured approximately 75 aircrafts, of which about 15 are in Slovakia.

TomarkAero’s production capacity is between 30-50 ready-to-fly aircrafts, while the company has also started producing kits.

“Such a kit is financially less demanding, but it requires skills and experience in building and finalising an aircraft,” said Tomko, adding that they are able to manufacture about 50 kits annually.

TomarkAero is preparing a new model: another all-metal two-seater plane, but this time it will be a high-wing aircraft.

SHARK.AERO produces Shark aircrafts, which Pekár compares visually to a Ferrari, which “you always recognise among 200 cars in a parking lot”. The Shark is designed primarily for fast cross-country flights, thus Pekár sees those interested in fast and economic travelling as one group of clients, with a standard cruise speed is 250 km per hour.

“Our clients take off from France in the morning, land here midday, have lunch while we do maintenance on the aircraft, and then they fly home, where they land in the evening before dawn,” said Pekár. “Shark enables this with fuel consumption similar to a car – 7-8 litres per 100 km.”

Pekár expects interest from the military sector, as he believes that the Shark will be suitable for use in basic training and as an observation aircraft.

The Shark is a newer model, as the first prototype flew in 2009. SHARK.AERO has so far delivered 17 Sharks, all outside Slovakia. Their current key markets are Germany and France while they hope that sales will pick up in other European countries, as well as in new markets in Russia and China. They produce one aircraft per month, which is in line with current demand, but they want to grow to a target capacity of four aircrafts per month.

One of the oldest companies producing ultra light aircrafts in Slovakia is Nitra-based Aeropro, dating back to 1990. It manufactures the EuroFOX, a high-wing aircraft designed primarily for sports and recreation, with folding wings that make parking easier. Its cruise speed is lower, 110 - 160 km per hour, but its configuration, with its wings placed above the cabin, does not hinder the view, which makes it suitable for air tours and photography. It has manufactured 400 aircrafts so far, according to information on its UK website.