GOLD diggers is the nickname the Slovak media gave to visually impaired Paralympic alpine skiers Jakub Krako and Henrieta Farkašová after they returned from the 2010 Winter Paralympics in Vancouver, each with three gold and one silver medal. Their early results – two gold and one bronze medal – at the 2014 Winter Paralympics games in Sochi, Russia, should cement their reputation. 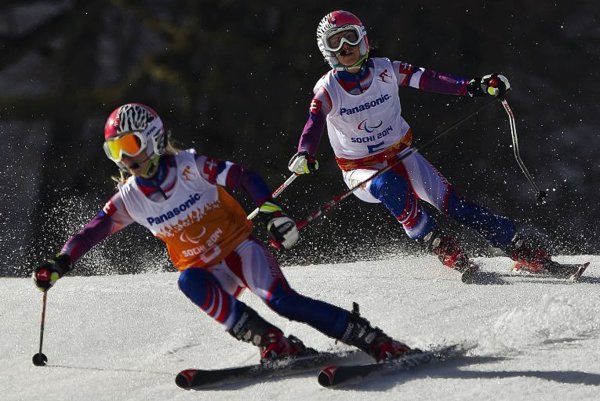 In the first five days, Slovakia picked up five medals, while Farkašová, together with her guide Natália Šubrtová, were the most successful, as they won first place in slalom and third in downhill. Krako, with his guide Martin Motyka, took gold in the men’s Super-G; Miroslav Haraus, with his guide Maroš Hudík, received silver in downhill, and Petra Smaržová won bronze in the slalom.

Farkašová won her fourth gold despite stressful conditions, since she started first in order of athletes, and just before her race began, her guide discovered problems with her ski binding, which had to be replaced, the daily Sme reported.

“I was not happy about being first in order; I did not want to open the whole competition, but luckily I have enough experience.” Farkašová said, as quoted by Sme. “I tried to get all the secondary thoughts out of my head.”

Still, the main idea of the games is not to be happy about winning a medal, but about the effort made in reaching it, Ján Riapoš, the head of Slovak Paralympics Committee, told Sme.

“The Paralympics symbolise the borderless power of human will,” Riapoš said. “Many people give up even when facing a small obstacle. In our sport, we try to push the limits of human abilities, even as we are physically impaired.”

The mere fact that 24 athletes are in the game is a success for Slovakia, according to Riapoš. By comparison, Austria, which is among the leading countries in winter sports, sent just 13 athletes to Sochi, he said.

Hopefully, the success of the Paralympic athletes will heal the wounds of Slovak fans who were disappointed by the results of the athletes from the Olympic games, who brought home just one gold medal, Riapoš said, according to Sme.