SLOVAKIA has in recent decades created a certain image of the past and how our ancestors lived. This image has our ancestors dwelling in quaint, wood cabins in picturesque mountains and working as shepherds. Of course, this is a simplified version of our history, but the essence of these perceptions focuses on a rural idyll somewhere in the mountains. 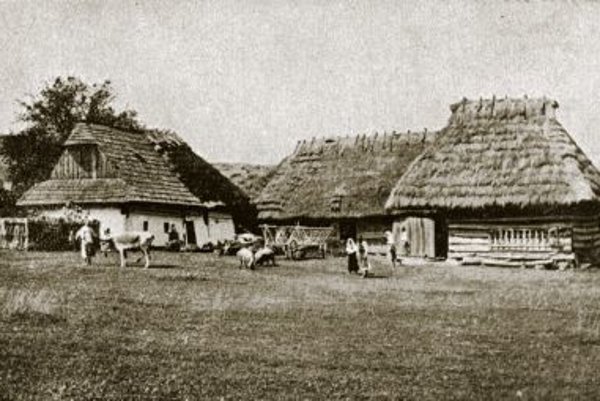 This pleasant image of rural life overshadows others which were part of our past too. People also lived in cities or towns, laboured in mines or factories, tilled the land, cultivated vineyards and worked in various trades.

However, there is some truth to the idealised rural image.

Yet, we still might be surprised by the fact that a specific group of people lived up to this image 100 percent. These were the Vlachs, sheepherders who lived in scattered mountain hamlets, who arrived in Slovakia from southern Europe due to pressure from the Tartars and the Ottomans.

Vlachs, as serfs, had to consign bryndza, forest game, leather products and homemade cloth to the landowners, and also had to do logging. Their idyllic, rural life was actually quite demanding.

The settlement in the vicinity of Detva pictured in this postcard from 1919 looks just like how they are described in encyclopaedias. A Vlachian courtyard was formed by several log cabins, sometimes covered with shingles, but usually with a heavy thatched roof. From the left, a white-limed house stands with a barn in the back and a granary on the right.