ARCHITECT Milan Michal Harminc completed the church in the municipality of Kľačany in 1932. It was the 76th church that he designed. 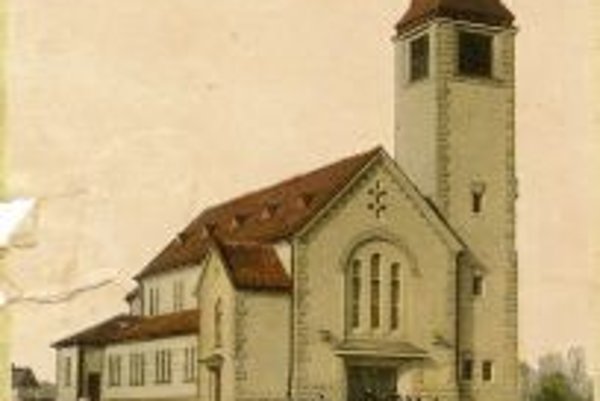 This number alone is indicative of an extraordinarily productive architect. However, Harminc did not limit himself to religious buildings - he designed and built mainly family and rental homes. Before the Second World War, he built around 45 homes in Budapest.

As a talented architect, he began receiving high profile orders early on in his career. During the 1896 Hungarian millennium celebrations he collaborated with prominent architect Albert Schikedanz on an important project. He also co-created the monument in Budapest’s Heroes’ Square as well as the Mücsarnok pavilion.

Harminc later worked mainly in Slovakia, where he designed factories, administrative buildings and banks. He became famous for his design and construction of the Slovak National Museums in Martin and Bratislava, and also for sanatoriums in the High Tatras. The last building made according to his blueprints was the military tuberculosis sanatorium in Nová Polianka.

This postcard, showing the church in Kľačany, probably dates back to the period shortly after it was finished.