In the time of thatched roofs

WHEN famous Slovak painter Janko Alexy embarked on an expedition around Slovakia in 1919 with several Czech professors, he drew sketches of the region’s impressive castles and imposing cathedrals. Fortunately, Alexy also had a weakness for simple folk architecture, because while many of the castles and churches have been preserved, most of the wooden buildings have perished. 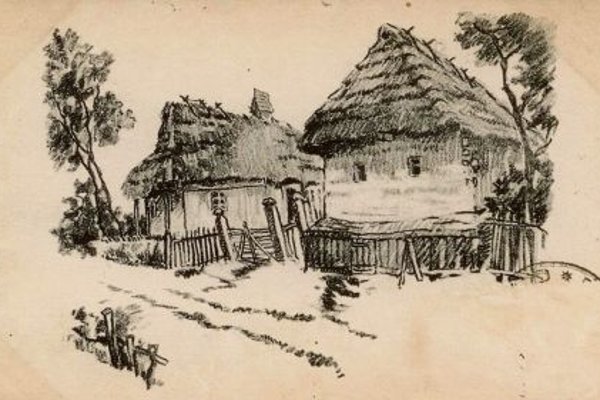 Fortunately, Alexy also had a weakness for simple folk architecture, because while many of the castles and churches have been preserved, most of the wooden buildings have perished.

Alexy wandered the countryside at a time when rural architecture consisted of centuries-old structures. Until then, the architecture had changed only gradually, and Alexy was able to capture an image of the Slovak village which had already existed relatively unchanged for two to three centuries. Rapid 20th-century modernisation in the subsequent decades changed the face of the countryside beyond recognition.

In this postcard from 1921 we see houses from Kleče-nov, a municipality that is now part of Zemplínska Nová Ves. The village was inhabited by farmers and wine makers.

Thatched-roof houses, like the two in this picture, are a rare sight these days.

The development of villages in southeastern Slovakia started changing little by little prior to the Second World War. Many people left the villages to work in America and after they returned they built more expensive houses out of bricks. However, it is interesting to note that they sought to retain the shape of their original dwellings.