THE SLOVAK insurance sector saw no dramatic changes last year, while stabilisation in the eurozone was reflected in developments in Slovakia, too, which mirrored those in other countries in the region. Expectations with respect to positive developments in macro-economic indicators are optimistic. In addition, the insurance sector is preparing for Solvency II and the payment of the first pensions from the so-called second, private, old-age insurance pillar. 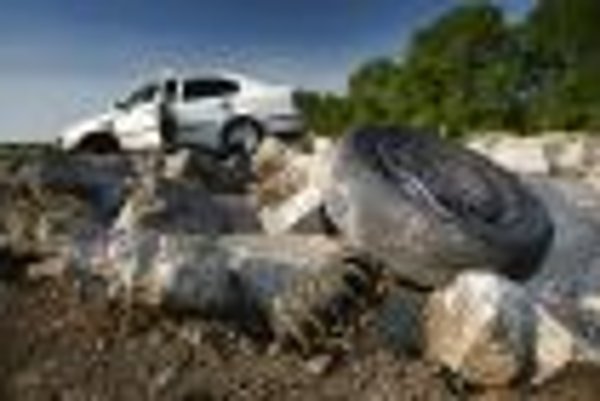 THE SLOVAK insurance sector saw no dramatic changes last year, while stabilisation in the eurozone was reflected in developments in Slovakia, too, which mirrored those in other countries in the region. Expectations with respect to positive developments in macro-economic indicators are optimistic. In addition, the insurance sector is preparing for Solvency II and the payment of the first pensions from the so-called second, private, old-age insurance pillar.

“Neither the qualitative nor the quantitative changes in the insurance market can be marked as fundamental,” Jozefína Žáková, director of the Slovak Insurance Association (SLASPO), told The Slovak Spectator. “Compared with 2012, traditional life insurance increased, both in new production and premiums. Unit-linked insurance stagnated. The number of surrenders of policies decreased, but the volume increased.”

Slovakia’s insurance sector’s profits amounted to €158 million in 2013 and when not factoring one-time phenomena that occurred in 2012, profits changed only minimally, the National Bank of Slovakia (NBS) wrote in its analysis of Slovakia’s financial sector in 2013.

Developments among individual insurance companies were mixed, with two of them ending in a loss. However, the aggregate loss decreased from 2012’s €12.5 million to €1 million.

Based on the NBS analysis, life insurance in particular rose in 2013, while trends in car insurance affected non-life insurance negatively. According to Žáková, even though the number of cars in Slovakia is rising, their coverage by insurance is decreasing, down 3.4 percent.

After two weaker years life insurance premiums increased by 5.3 percent in 2013, the NBS report reads. Contrary to the previous years, premiums rose especially in traditional life insurance, up 7.2 percent, for the first time since 2007. However, the central bank links this increase to the reduction of the technical interest rate, which insurers use when calculating premiums for life insurance products from 2.5 percent to 1.9 percent, which will make insurance more expensive. Life insurance was also affected by the introduction of unisex rates.

The sector of non-life insurance decreased when written premiums dropped by 1.3 percent to €912 million. The NBS ascribes this to the continuing reduction of premiums in car liability and motor hull insurance, while other sectors report an increase.

“The stabilisation of the macro-economic environment in the eurozone was a significant factor and this was also reflected in Slovakia,” said Žáková, adding that GDP in fixed prices grew by 0.8 percent. Even though this was less than in 2012, several other qualitative characteristics developed as well. “Private demand revived, industrial production grew and healthy investment demand resumed. The insurance sector felt stabilisation too.”

Juraj Jurčík, the vice-chair of the general director of Generali Poisťovňa for the department of finances, when commenting on the insurance market development in Slovakia, said that the real market dynamics remain at low levels.

“The situation in the motor insurance market is especially unfavourable and showing consecutive decline, mainly due to extremely high competitive pressure and the development of new car sales in Slovakia,” said Jurčík. “In this light, the situation in regular life and non-life non-motor insurance is better, even if the growth rates remain low.”

According to Dušan Quis, the general director of ING Životná Poisťovňa, the economic situation still has the biggest impact on the Slovak insurance market.

“Even though economic growth is accelerating when looking at the figures, people have not felt it so far in their incomes,” said Quis. “As a consequence they remain cautious when investing free savings into financial instruments, including insurance.”

Tomáš Kalivoda, the head of Groupama Garancia Poisťovňa, sees stiff competition in the car insurance market as still characteristic for non-life insurance. But what changed is that insurers began to focus more on strict segmentation of clients, which enables less risky clients and drivers with no accidents on their records to find a cheaper policy. On the other hand, this happens to the detriment of clients representing a higher risk for insurers.

“In life insurance forms of insurance combining risk coverage with savings continue to dominate,” Kalivoda told The Slovak Spectator. “The share of pure risk life insurance is gradually growing; we expect an increase of its share of the total volume of life insurance.”

Kooperativa reported total written premiums worth €509.1 million in 2013, up 3.7 percent year on year, the SITA newswire reported in late April. While premiums stagnated in non-life insurance, they increased 7.2 percent in life insurance.

Generali’s financial performance was generally in line with expectations, according to Jurčík.

“We’ve been able to achieve profitability goals,” Jurčík told The Slovak Spectator. “A lot of measures have been taken in order to ensure the future sustainability of the development, including client services and product innovations.”

Generali embarked on a successful campaign for third party liability car insurance and increased its market share in this segment to 7.2 percent in the first quarter of 2014.

Quis called ING Životná Poisťovňa’s results excellent when the insurer increased its pre-tax profit by almost 7 percent over 2013. It continued to reduce administrative and operational costs, which decreased by almost 15 percent.

“However, some differences in competition pressure exist,” said Jurčík. “Neighbouring countries may be more developed in direct insurance and their motor markets more saturated. In general, trends in life insurance are similar and driven by overall economic growth.”

SLAPO expects the previous year’s trends to continue in 2014, which means no fundamental changes.

Additionally, no legislative changes that would affect Slovakia’s insurance market are expected.

“The risk, which is worthy of attention, are persisting low interest rates,” said Žáková. “A new thing will be the entry of commercial insurers into the market with annuity from the second pension pillar. This is a matter only for 2015, but already last year as well, as insurers are actively preparing for this.”

Allianz-Slovenská Poisťovňa says one factor that will affect the local insurance sector in the future is the new Insurance Act, which will take into consideration EU requirements for doing business in insurance, especially in the field of risk and capital management.

Generali hopes that 2014 will be supported by rejuvenated economic growth and that the market will return to sustainable growth.

“For sure, the regulation will increase – both in terms of Solvency II and consumer protection,” said Jurčík.