THE RULING Smer party is serious about its plan to add a ban on exporting water into the country’s constitution, a move which came in response to a populist outcry over new rules regulating the sale of Slovak water abroad which are being discussed by lawmakers. The Environment Ministry has already sent the draft to an interdepartmental review, opening it up to comments. 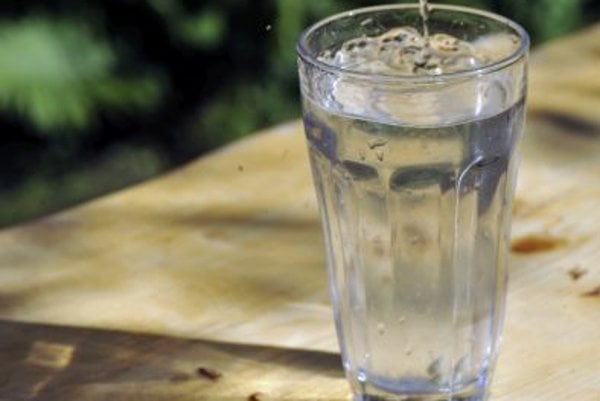 THE RULING Smer party is serious about its plan to add a ban on exporting water into the country’s constitution, a move which came in response to a populist outcry over new rules regulating the sale of Slovak water abroad which are being discussed by lawmakers. The Environment Ministry has already sent the draft to an interdepartmental review, opening it up to comments.

Speculation is rampant as to which party might lend the necessary helping hand to Smer to change the constitution for the second time in a matter of months. Smer needs 90 votes in the 150-seat parliament to do so, while the party itself holds 83 mandates.

Smer wants to amend the fourth article of the constitution, which pertains to raw natural resources, while the constitutional ban should pertain only to exporting water through pipelines or tanks, not in bottles.

Just a month ago, Smer, assisted by the opposition Christian Democratic Movement (KDH), amended the constitution to define marriage as a unique bond between a man and a woman. The onetime Smer-KDH union, however, opened up questions over whether the opposition party is willing to help Smer change the constitution once again. According to press reports, the KDH might be interested in pushing through a “one mandate is enough” principle pertaining to people holding public office, the TASR newswire reported.

The KDH would like to see the constitution ban parliamentary deputies from simultaneously serving as mayors or chairmen of regions, while the party suggests that this principle would strengthen democracy and increase the number of people in public administration, according to TASR.

The Christian Democrats claim that deputies cannot perform their mandates at 100 percent if they hold other positions as well.

“Two completely different proposals are in question,” said chairwoman of the deputy faction of Smer Jana Laššáková, adding that there is room for negotiations with political parties to ensure high support for the water ban amendment.

However, Laššáková admitted to TASR that she personally has a problem with the KDH proposal, suggesting that it might violate people’s right to run for office. According to her, comments would be preliminary, while Smer is discussing the possibility of one salary in the case of multiple positions. Smer has not yet had any joint talks over these issues with the KDH, Laššáková said on July 13.

“I nevertheless can imagine such discussions,” said chairman of the KDH deputy faction Pavol Zajac on the same day.

As for the constitutional water export ban, on July 8, the KDH was still saying that the amendment is not necessary, arguing that it would be enough to change the law on water from the workroom of the Environment Ministry.

“After the opposition and the public launched their criticism, Robert Fico got scared and he has started backing out,” said KDH Deputy Peter Muránsky, as quoted by the SITA newswire.

The intention to amend the constitution has already been panned by the opposition Most-Híd for what it called “turning the constitution into a tear-off calendar”. Another opposition party, the Slovak Democratic and Christian Union (SDKÚ), said it is ready to discuss the potential change to the constitution if the Environment Ministry withdraws the amendment to the law on water, which already advanced to the second reading on July 9, SITA reported.

The Environment Ministry explains that the ban is in line with the Treaty on the Functioning of the European Union, which in its 36th article stipulates justified cases when the export or transit of goods can be banned. The principle of protection of the health and life of people and animals and public safety is applied as “water as a life-important element is an irreplaceable raw material and natural treasure”, the ministry wrote in its report.

Environment Minister Peter Žiga has said that Slovakia would not violate any international agreements or inter-governmental agreements on the use of border waters, meaning both groundwater and surface water crossed by state borders. The proposed constitutional amendment should become valid as of December 1, 2014.

The government’s plan to amend the constitution comes on the heels of a wave of critical reactions to the revision of the law on water, with some activists alleging that the Environment Ministry is clearing the way to water exports while turning a natural resource into a commodity. The ministry argues that it only wants to regulate what has already been happening for some time.

The law on water

The amendment to the law on water, approved by the government on June 4, defines water as a subject of strategic interest for the security of the state and stipulates the protection of underground reservoirs in protected water areas with an emphasis on Žitný Ostrov in south-west Slovakia.

It, among other things, prohibits the construction of pipelines through protected areas, introduces new fines for polluting water, imposes fees for irrigation water and changes fees for using surface water and groundwater. For example, in the event of extensive water pollution, the state might impose fines at €165,000, according to the draft.

Most attention, however, went to the new rules over selling and exporting water abroad, which should be subject to permission by the state. The draft introduces permits for the period of 10 years.

The approval process should involve the applicants preparing at their own expense an analysis on the impact of the extraction of water from a specific location and then along with a permit from the regional authority, the application should go to the environment minister, who would assess whether the offered price for the water is acceptable. The minister might issue the permit alone or leave it up to the government, the draft suggests, as interpreted by Sme.

The part regulating water exports would be dropped from the amendment as soon as the government tables its proposal for the change of the constitution, Sme reported.

“Based on our information, no other EU country allows exports of water for commercial purposes,” Fatulová told The Slovak Spectator in June. She noted that neighbouring states do sometimes exchange small amounts of water, although not with profit as a motive.

The ministry claims that with the amendment it is only responding to the Right2water petition. Its aim was better protection of water by the public and an understanding of access to water as a human right, not a commodity.