COMPLETION of the nuclear power station in Mochovce will be more expensive and the two second blocks will be put into operation later than originally planned, according to a recently leaked expert analysis. 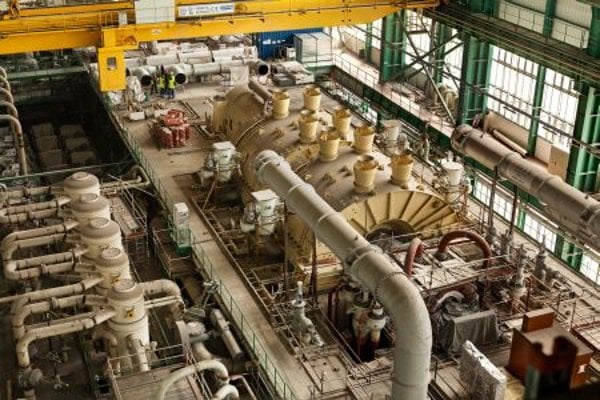 COMPLETION of the nuclear power station in Mochovce will be more expensive and the two second blocks will be put into operation later than originally planned, according to a recently leaked expert analysis.

The Economy Ministry has confirmed receiving the analysis, but insists that its contents are confidential, for now. Finishing the third and fourth reactor units of the nuclear power station in Mochovce is the flagship project of the country’s biggest power producer, Slovenské Elektrárne, which is majority controlled by the Italian energy group Enel.

“First, specialists will deal with the content of the analysis, who will assess it and then the
Economy Ministry will ponder after an agreement with the second side [Slovenské Elektrárne] which its parts will be possible to publish for the media,” Miriam Žiaková, spokeswoman for Economy Minister Pavol Pavlis, told The Slovak Spectator.

Pavlis specified for the TASR newswire that the analysis speaks of “certain postponement” and “some [cost] increase”. While Enel holds 66 percent in Slovenské Elektrárne (SE), the Economy Ministry administers the remaining 34 percent stake and thus has a say in the project.

“We received the material, and now we’re analysing it, but we haven’t carried out any evaluation yet,” Pavlis said, as cited by TASR, adding that the ministry will communicate with Enel or SE about the content of the analysis. “It is premature to speak about this because all this is a matter of discussion. We have not approved it yet. Thus, I would not like to respond to this now. The final sum could be completely different.”

Based on unofficial sources, the budget of the third and fourth units of Mochovce has increased to €4.6 billion, up €800 million compared to the latest official budget, the Sme daily reported on July 25. The date of completion is now mentioned as 2017, according to the public broadcaster Slovak Radio.

“With regards to the fact that the report has not been either analysed or approved, it would be preliminary to confirm or refute any dates and figures,” said Jana Burdová, spokeswoman for SE, as cited by Sme.

“The participation of the state in this project means higher financial engagement in this completion project and simultaneously it extends the period, when the state could get at all dividends from SE,” Badida told Slovak Radio.

The latest information indicates that the Economy Ministry can expect first dividends from SE in 2018 at the earliest.

The project to complete the two units of the Mochovce nuclear power station was launched in 2008. The original €2.8-billion plan was to complete the third unit in 2012 and the fourth in 2013. Later the budget was increased to €3.8 billion and deadlines extended to 2014 and 2015, respectively. While Enel explains the delay and higher costs as necessary after changes were made to the project in the wake of the Fukushima accident in Japan. For the Slovak side this means allocating additional funds and postponing incomes from the sale of electricity generated by the new reactors.

The Pravda daily points out that construction of the first two reactors in Mochovce, before the sale of the 66-percent stake to Enel, was more expensive than proposed, €1.9 billion instead of planned €1.32 billion. They started to deliver energy to the national grid in 1998 and 1999, respectively.

The uncompleted Mochovce is listed as one of possible obstacles in fulfilment of the Enel’s plan to sell its 66-percent stake in SE. The project is not only becoming more expensive and delayed, but the extremely low prices of electricity as a commodity raise a question whether the project is viable at all. The Týždeň weekly points out that when the project of the Mochovce completion was being designed, the price of electricity was about €80-90 per MWh and expected to rise. Today the price is €35 per MWh.