THE CENTRAL-Slovak town of Detva was founded as recently as the 17th century which is quite late for Slovak conditions. 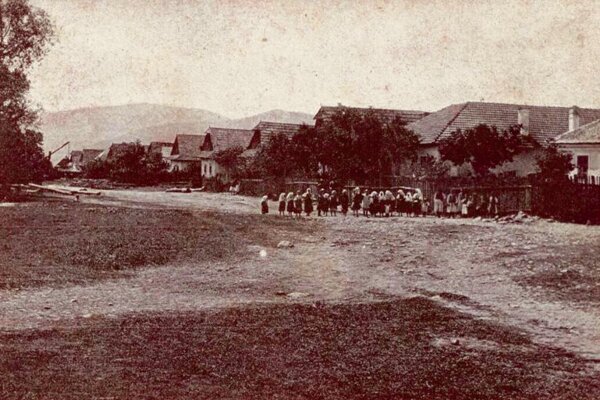 Its story is closely connected with the settlement of the countryside by shepherds and their helpers who were arriving here continually since the 14th century. In the vicinity of Detva they created a vast settlement of hilly hamlets which naturally built up its centre – and this is how Detva came into existence. It became a town only later, although it kept its rural character also during the first years after World War I, as can be seen also in this postcard, dating back to this period.

However, it has to be said that these places were settled long before Detva appeared. The nearby rock formation Kaľamárka, today a popular site for both hikers and climbers, was a settled place since the late Bronze Age.

Long ago, in prehistoric times, nature played here and created a columnar andesite ledge with a plateau on top. This is protected from three sides by vertical rock walls, eight to 25 metres in height.

Thus, Kaľamárka offered exceptional protection to its inhabitants. It is thought that in the time of Great Moravia, as well as in the beginnings of the Hungarian state, a fortified settlement used to be here to guard the mountain pass from Piplie to the Zvolenská kotlina basin.