SLOVAKIA accepted another two inmates from the Guantanamo Bay Detention Centre in Cuba, this time nationals of Tunisia and Yemen, increasing the total number of accepted Guantanamo detainees to eight. 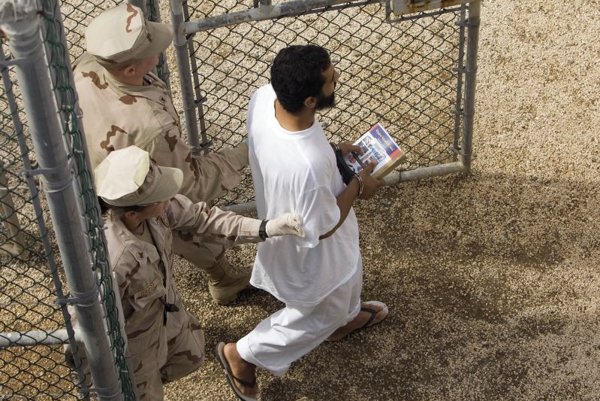 SLOVAKIA accepted another two inmates from the Guantanamo Bay Detention Centre in Cuba, this time nationals of Tunisia and Yemen, increasing the total number of accepted Guantanamo detainees to eight.

The US Department of Defense announced the transfer of Hashim Bin Ali Bin Amor Sliti and Husayn Salim Muhammad Al-Mutari Yafai from the detention facility at Guantanamo Bay to Slovakia on November 20. Together with the US Embassy in Bratislava, it praised Slovakia for its willingness to support ongoing US efforts to close the Guantanamo Bay detention facility, according to the US Department of Defense webpage.

“We appreciate the efforts of our partners, including Slovakia, in stepping up and backing up their words on this topic with concrete actions,” US Embassy in Bratislava Spokeswoman Stephanie Fitzmaurice told The Slovak Spectator. “We thank Slovakia for this important act.”

The Slovak Republic welcomed the decision of US President Barack Obama to close the controversial detention centre at Guantanamo Bay in 2009. It joined an initiative of several NATO and EU states and accepted three detainees from the prison in 2010 and took three more in 2013. The latest pair are part of the agreement with the United States dating from 2009, Interior Ministry spokeswoman Michaela Paulenová said.

“As it was in case of the first transports, even now these are persons who have never been suspected or accused of the crime of terrorism,” Interior Ministry spokesman Peter Lazarov told press, “and they don’t pose any security risk for the Slovak Republic.”

The two former Guantanamo inmates will take part in an integration programme through which they should become integrated into Slovak society over a period of three years.

“Their human rights will be upheld,” said Lazarov, as quoted by TASR. “We won’t comment on their whereabouts for security and tactical reasons.”

The Interior Ministry has not commented on the state of previous Guantanamo inmates who came to Slovakia and has not said whether Slovakia is discussing the transfer of some other inmates in future.

Three were wanted in China

The previous three detainees transported to Slovakia were Uighur Chinese nationals held by the United States since 2002. The US Department of Defense announced the transfer of Yusef Abbas, Saidullah Khalik and Hajiakbar Abdul Ghuper, members of a persecuted Muslim ethnic minority in China, on December 31, 2013.

Chinese Foreign Ministry spokesman Qin Gang said that the released former prisoners are terrorists, describing them as having links to the East Turkestan Islamic Movement, according to Reuters.

The Chinese Embassy in Slovakia said, as quoted by the Sme daily, that it opposes any country accepting these prisoners.

“We hope that Slovakia meets its international obligations and will not provide shelter for terrorists, but will extradite them to China as soon as possible,” Chinese Embassy spokesman Ji Wang told the Sme daily in January.

In response to China’s claims, Matthew Miller, then press attaché of the US Embassy, said that the United States long ago determined that “these individuals are not enemy combatants and should not be held as enemy combatants”.

The first three detainees – Adil al-Gazzar from Egypt, Pooland Tsiradzo from Azerbaijan and Rafik al-Hami from Tunisia – were transferred from Guantanamo to Slovakia in January 2010. They disclosed their identities to the Slovak media on June 24, 2010, shortly after announcing a hunger strike to protest the conditions in which they are being held here. It was later reported that only two of them actually refused food.

The detainees’ decision to end their hunger strike came in early July 2010, after they had spoken with Slovak officials.

Sme on January 2, 2014 reported that of the first three former Guantanamo prisoners, it is likely just one is still in Slovakia. Two, Adil al-Gazzar from Egypt and Rafik Hami from Tunisia, returned home when autocratic regimes fell in their homelands. Only Poolad Tsiradzho from Azerbaijan has reportedly remained.