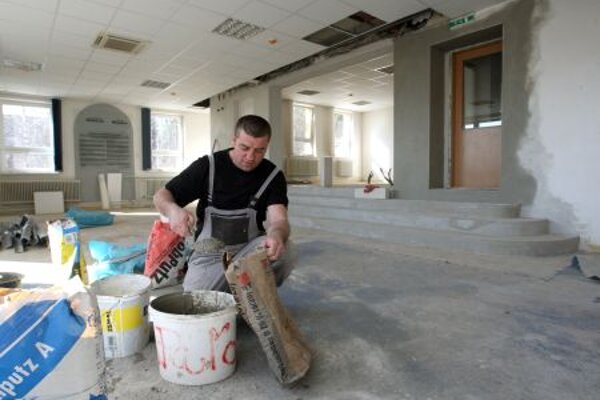 “The state premium is only one of the benefits offered by the housing construction savings, but more and more people are choosing them also because of the 2-percent interest rate,” ČSOB spokeswoman Zuzana Eliášová told The Slovak Spectator.

The ideas behind saving money for housing in Slovakia go hand in hand with the opening of the real estate and banking markets after the fall of the communist regime. Foreign banks, mostly from Germany, arrived in Slovakia in the early 1990s with this concept of state-supported saving to finance housing construction, reconstruct homes or the purchase of residential real estate. At that time three specialised banks – while they needed permission from the central bank to conduct this business – were launched and offer this product until this day: ČSOB, Prvá Stavebná Sporiteľňa and Wüstenrot Stavebná Sporiteľňa.

What originally differentiated them and their products from ordinary banks is the state premium. This is an extra interest on deposits free from tax, added if the client’s annual deposit reaches a minimum level. Savings contracts are signed for six years, after which the client can take deposited money, as well as the accumulated state premium and saving interests, and use it for any purpose. Clients can also withdraw savings including the state premium and interest after two years of saving; however, in this case they need to spend the money on housing only, or else return the state premium. Clients can also take out loans, either after completing the six-year saving period or earlier.

As Daniela Vlčková, spokeswoman of Wüstenrot Stavebná Sporiteľňa, recalled for The Slovak Spectator, the state incentives were a primary motivator between 1992-1996, when they amounted to as much as 40 percent of the annual deposit – up to 15,000 Slovak crowns (approximately €498).

“At that time it was a kind of education and promotion because housing construction savings were a new and solitary product, which should have prompted people to an active approach in the matter of financially securing one’s own housing,” Vlčková said, adding that people in Germany and Austria have had very good experiences with it. “Later, when the system of housing construction savings was well established, the support from the state decreased.”

At that time the state premiums was not predictable, as it depended on decisions of politicians and only in 2005 was a scheme launched in which the state premium is based on the profitability of state bonds, but never exceeding €66.39 per saver. Still, cheap state bonds mean that savers will have to deposit at least €1,207 in 2015 to get the full state premium, while he or she needed to deposit only €781 in 2014. This means that the share of the state premium would decrease from 8.5 percent to 5.5 percent.

Market watchers do not expect that higher deposits needed to get the full premiums to discourage savers.

“Housing construction has a years-long tradition in Slovakia,” Peter Világi, senior analyst with Fincentrum, told The Slovak Spectator. “The number of active contracts has been maintaining a level of about 1 million over the long term and the decreasing state premium has not changed on this, either.”

Thus he does not expect that the higher optimal deposit to get the maximum state premium would affect interest in this product, but it may reflect in the amount of money people deposit.

“The level of €1,207 annually will be too much for many savers, which may distract them from active saving next year,” said Világi, explaining that when a saver deposits a lower sum, it does not mean they will receive no state premiums. “They will get the premium of 5.5 percent of the deposit, but it will not be the full €66.39.”

Moreover, housing construction savings are still attractive for the growing number of clients who prioritise interest rates to the state premium. Miloš Blanárik of Prvá Stavebná Sporiteľňa said that the guaranteed 2-percent interest rate on savings is rather an exception on the current financial market and that this year the aggregate average interest rate for six years of savings is 4.73 percent. Next year it will decrease to 3.79 percent, but still remains relatively high.

Financial experts as well as housing construction saving banks do not expect any significant change in interest rates on construction savings accounts. Marta Kocľová, director of the product management and the analytical centre at OVB Allfinanz Slovensko, points out that when taking out a loan under the housing construction savings contract, the client does not need to prove either income or use real estate as collateral. Depending on the bank providing such a loan, the amount ranks between €25,000 and €50,000. The interest rate guaranteed for the whole period of the loan is also an advantage.

Blanárik added that housing construction savings is fitting for an extensive group of clients, as parents can also help save for their children and pensioners can join such schemes too.

“A person in the senior age can also have a housing construction contract; even people above 60 years of age have an entitlement for a loan,” Blanárik told The Slovak Spectator.

Vlčková recalled that housing construction savings has a tradition of over 90 years in Europe, even if it goes back just 20 years in Slovakia.

“Moreover, it is a product in which two factors characteristic of Slovaks successfully intertwine: the inclination to save and to own a home,” Vlčková said.