Economy Minister Pavlis has to go

No one with such an obvious conflict of interest has any place in government. 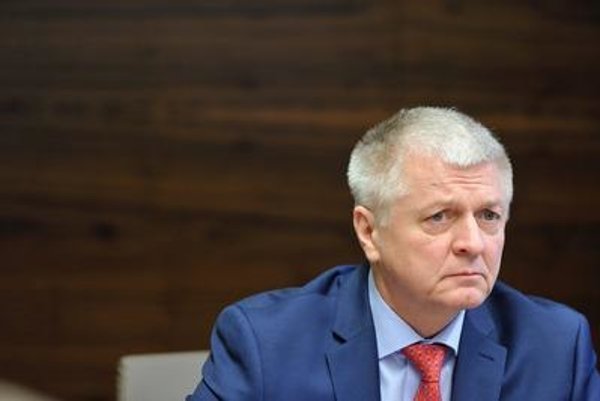 Economy Minister Pavol Pavlis has mounted only a threadbare defense of his role in securing a €60 million Supreme Court judgment in favor of his (allegedly) former company, Port Service, against the FNM state privatization agency. “I regard these inventions that are today being dreamed up as contrived, possibly with the aim of putting pressure on me in other matters,” he blustered on January 28.

It may take Fico longer to jettison Pavlis than the “three seconds” he once laughably claimed it would take him to act against any erring minister. But in this case, and soon, action will have to be taken: the evidence that Pavlis had a serious conflict of interest when he joined the FNM in 2002 is simply too strong.

On December 11, 2002, as the chairman of the board of Port Service, Pavlis filed a legal suit against the FNM for lost earnings (he claimed the FNM had unjustly barred Port Service from bidding for state shipping company Slovenská plavby a prístavy because the financial backing it provided was inadequate). Two weeks later, Fico proposed him as a new member of the FNM supervisory board, at which point Pavlis signed a statement that “I am not currently engaged in any activities that could be in conflict with the interests of the FNM.”

Pavlis then, as an FNM member, continued to serve as chairman of the board of Port Service until May 2004, and continued to serve as the only managing director of Port Service’s sole shareholder until July 2006. During which year he also lent Port Service 22 thousand euros to pay court costs to continue its legal battle with the FNM. Which, in 2008, it eventually won, in a judgment that will cost taxpayers a cool 60 million euros.

It is entirely likely that Pavlis no longer has anything to do with the company or its suit: no one can seriously believe that he engineered such a massive windfall on his own. It is equally likely that he sold his stake in Port Service in 2006 for more than he would otherwise have received, given that it was suing the FNM, and that he was now part of the ruling party.

But the question of whether Pavlis profited from these shenanigans is also surely irrelevant. Slovakia is not a banana republic, and people who sue the FNM must not be allowed to join the FNM’s boards while their suits are still pending. Just as they must not be made ministers of the state after their (allegedly former) companies win multi-million euro judgments against that same state.

Even were this not an election year, Fico knows this is not about politics but common sense. Mr Prime Minister, your three seconds are up.