The Ruthenian minority lives in the east and northeast Slovakia; their origin is not quite clear but it is known that these people arrived in several waves of migration between the 14th and 17th centurie s. 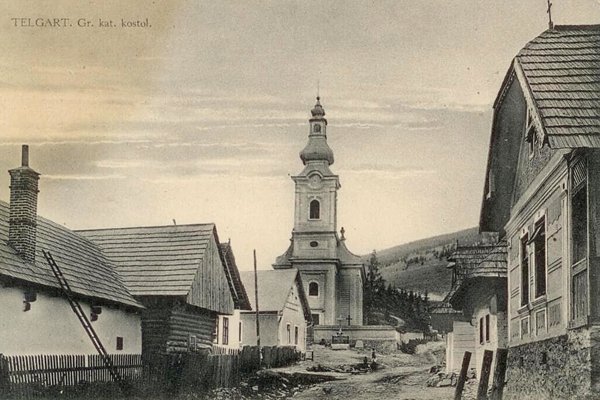 Their arrival was connected to the so-called “Walachian colonisation” when groups of shepherds came to Slovakia from Balkans, Ukraine and Poland. They mainly settled in mountain regions where their marked cultural influence can be traced to the present day.

It is less known that Ruthenians settled also in the upper part of the Horehronie region, leading to a distinctive ethnic island. Traditionally Ruthenian villages in this area included Pohorelá, Šumiac, Telgárt and Vernár.

One of the touchstones of their cohesion, culture and faith was the Reformation period. They resisted the enormous pressure for them to abandon their Orthodox faith, and became noted throughout the region for their courage and stubbornness.

Evangelical missionaries who were supposed to convert them had a hard life in these villages. Rusnáci, or. Rusnáks – as the Ruhenians were called here – did not want to convert and they made things as difficult for as possible, often refusing to pay them and even, at night, kill their fowl. The situation reached the point that Muráň landlords had to withdraw some of the missionaries so the did not die of hunger.

In this postcard, we see Telgárt in the 1920s. The street ascending towards the Greek-Orthodox church looks very much as it does today, the only difference being that the wooden houses have been replaced by ones made from masonry.