Mišenka sentenced to 11 years for murder

AFTER several years, Viliam Mišenka was sentenced by the Nitra District Court to 11 years unconditionally for complicity in the murder of Jozef Gudába. 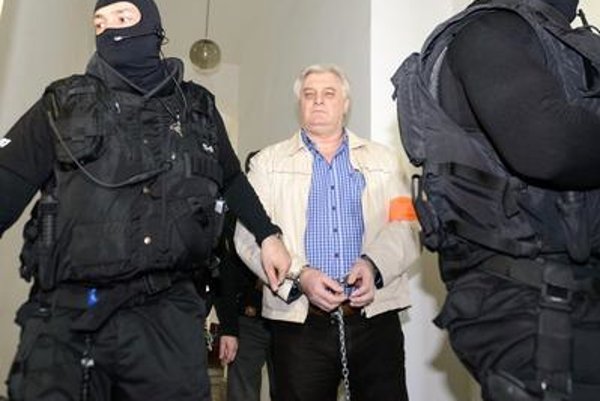 Mišenka allegedly belongs to the Sýkorovci gang, included on mafia lists which leaked from police in 2011. The verdict from February 13 is not yet effective as Mišenka’s lawyer Igor Cibula said he would appeal it. Mišenka should serve it in the third, strictest department, the SITA newswire wrote.

The court based the verdict on direct evidence showing the guilt of the defendant, such as the ballistics, medical expertise and the testimony of the prosecutor’s office principle witness, Ján Krajčík, that were all in tune. One day earlier, Krajčík was sentenced to nine years for marring the justice and for false evidence, as Cibula pointed out, opining that the testimony of this man is not trustworthy.

Mišenka failed with his complaint against prolonged custody

Gudába was murdered in March 2003 at a cottage in Bojná by two men, while the nephew of Mišenka, Jozef (shot down in July 2010), and Karol Mello were also at the crime site, as was Krajčík. The latter revealed the secret grave and described the murder for police. The alleged reason for the murder was the theft of diamonds.

Mišenka is also accused in the case of an explosion in the Topoľčany-based company Euromont on August 2009, in which one person died and several were injured. One of the witnesses in this case is also Krajčík.