TWO lion cubs born recently in Bojnice Zoo are doing well. Zookeepers already found out they are a male and a female but they still have not received names. 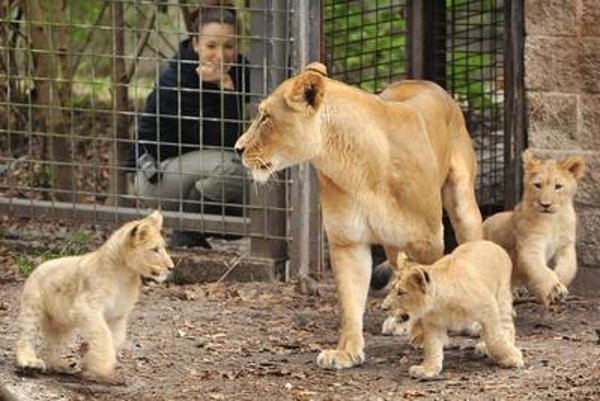 Although born on December 30, keepers got to them only after almost three weeks, as the parents did not allow for this.

“The cubs are doing well, their mother Gina takes exceptional care of them which has been also confirmed by pictures from the birth pen,” Simona Kubičková of Bojnice Zoo told the TASR newswire. “Soon, the siblings will be vaccinated and we weigh them regularly. They gain about one kilo each week.”

The father of the Barbary lion cubs is Aslan, aged 4, who comes from Neuwied Zoo. They should be ceremonially baptised at the opening of the high season of the zoo, May 1.

The Barbary lion is considered the most massive of all lion sub-species. He can be recognised thanks to a big, often dark mane which is marked also on his belly. The fell of this sub-species is thicker and longer.

“Barbary lions are extinct in the wild, they can be found only in zoos where there are about 80 of them,” Kubičková said. “One of the successful European breeders is also the Neuwied Zoo from where our Aslan, born on January 1, 2011, comes.”