SOME traditions, seemingly on decline, are now returning back in Slovakia – albeit in a modified way. 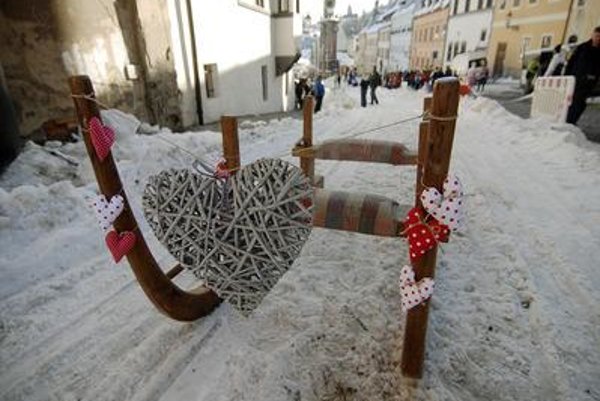 Special wooden sleigh was once used to transport wood from high altitudes to valleys, and in the course of time it disappeared. However, there seems to be a boom of these sleighs, called locally krne, krňačky, or krnohe, in recent years; but they are made and used rather for fun than for serious work.

In February, two events involving krne took place in central Slovakia: during the Valentine weekend, the first year of a race called in local dialect Štyavnyckye Krňačke was organised in the old mining town of Banská Štiavnica, with strict rules concerning the construction of the racing sleigh and the way it is used. For example, no other propulsion than human power can be sued, braking is secured only through the feet of competitors, and so on. 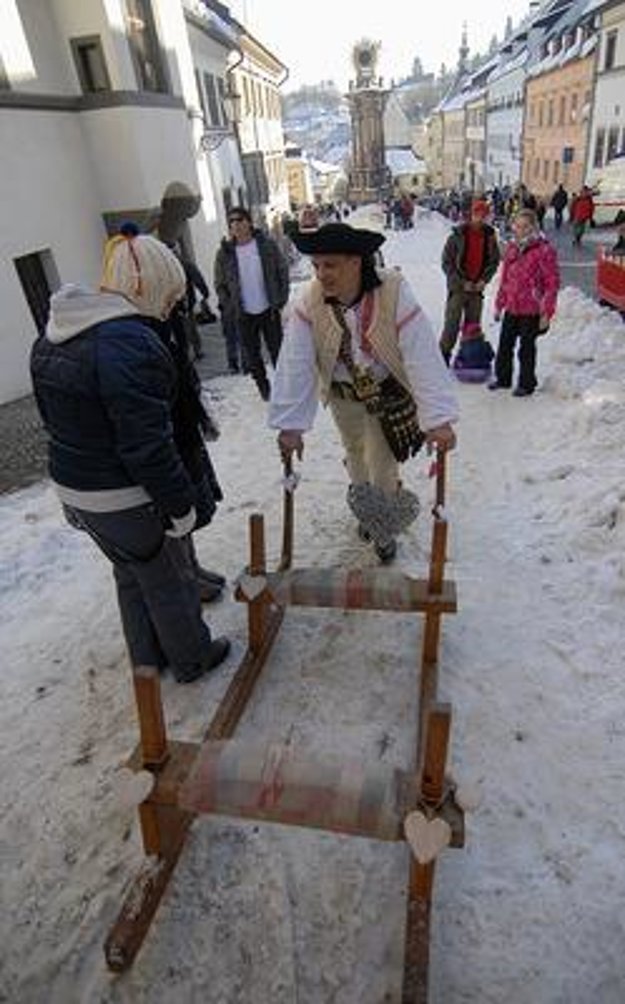 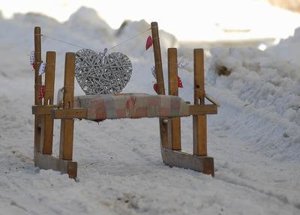 Apart from this race, there were also folklore performances, a Valentine’s competition and a programme for children attracted not just locals, but also winter tourists. The hilly character of the town, otherwise a disadvantage, this time enabled for the contest to lead the track downhill, just through the centre, ending in the central Holy Trinity Square, Rastislav Marko of the town office informed.

A week later, a similar competition took place in the municipality of Turecká. Here, however, the 41st year of the event (called Krížna Cup, and the 9th year of Slovak Championship) accounted for tradition and a more serious approach – the contestants fought resolutely and the winning krňačky team, Stanislav Selecký and Pavol Fúrik of Jakub, won in a time of 2.28.27 minutes. The best among women were Stanislava Romaniaková and Ľubica Beňová of nearby Staré Hory.

The krňačky race started in 1957 of the initiative of locals as part of Carnival, or Mardi Gras, rituals. Since then, it manages to attract people from far and near, becoming also the Slovak Championship nine years ago. There are several events like this in Slovakia, Turecká mayor and co-organiser of the race, Ivan Janovec, told the TASR newswire, but only the Turecká one that owns the regional protected brand for the name “krňčačky”.