THE POLICE have already pressed charges relating to the abuse of a close and entrusted person against ex-lawmaker for the ruling Smer party who is also former vice-chairman of the parliamentary human rights committee Vladimír Jánoš. 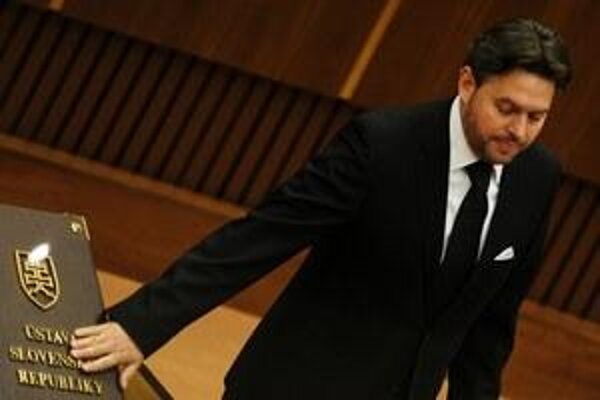 He allegedly verbally abused and threatened his wife.

The former MP on March 6 complied with a summons issued by the police in Prievidza to “receive a decision on the charges”, Trenčín regional police spokeswoman Elena Antalová told the TASR newswire. “He was arrested based on an order of a prosecutor at the Prievidza District Prosecutor’s Office,” Antalová added. She declined to provide further details, arguing that the police are currently investigating the case and carrying out due procedural steps. The police have not yet decided whether Jánoš – who currently remains detained – will be prosecuted in custody or at large.

Jánoš resigned as an MP on March 4 over the scandal involving transcriptions of audio recordings published on the internet a day earlier in which he appears to verbally abuse his wife and use threats. He also resigned as Smer district head in Prievidza. The lawyer representing his wife Iveta – Ivan Katrinec – has filed a complaint with the Prosecutor General’s Office against Jánoš for alleged blackmail, threats and coercion. Katrinec, is also a member of the International Committee for the Fight Against Organised Crime, Terrorism and Corruption (ICOCRIM) which also filed a criminal complaint against Jánoš on March 4, the SITA newswire wrote. It has reports that Janos bullied his daughter who had to attend a psychiatrist and stop attending school.

On the other hand, Jánoš announced he has filed a criminal complaint concerning slander and the infringement of the sanctity of intimate verbal expression, claiming that “many allegations, half-truths and untrue claims” have been published in the media about the case. He also said that he has a heavy heart when it comes to his wife with whom he is in the process of divorce.

Jánoš may even be expelled from Smer, Speaker of Parliament and Smer vice-chair Peter Pellegrini admitted on public TV channel’s, RTVS’, discussion show “O 5 minút 12” (5 Minutes to 12) on March 8. Pellegrini acknowledged that the situation related to Jánoš surprised and upset him, but he praised Jánoš’s express resignation from his post as an MP and from party functions.

This step was praised by Parliamentary Vice-chair Erika Jurinová (opposition Ordinary People and Independent Personalities-OĽaNO) as well. She noted that information about his inappropriate behaviour had come from Prievidza in the past. Smer could have taken action against Janoš earlier based on those indications, and so the current situation could have been avoided.

On March 6, police in Prievidza charged two people with marring the justice, in connection with the Jánoš case. According to unofficial information, a lawyer and a doctor issued a false medical certificate claiming that Jánoš is not fit enough to testify before police.