FOREIGN and European Affairs Minister Miroslav Lajčák officially opened the temporary building of the Permanent Representation of the Slovak Republic to the European Union in Brussels on May 18. 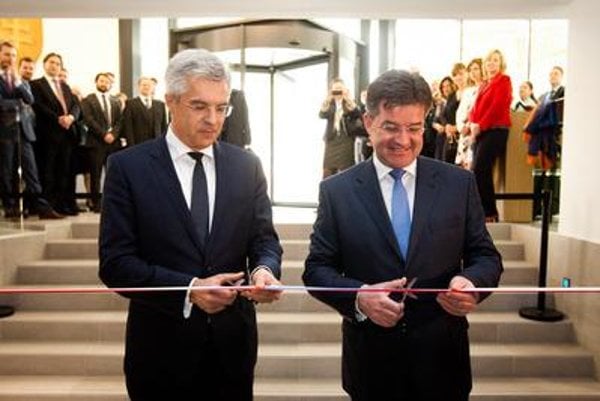 Ivan Korčok, Ambassador at the Permanent Representation of the Slovak Republic to the EU in Brussels and others attended the ceremony. The rental contract for the building will last three years. The premises are designed to serve mainly the needs of Slovakia’s EU Presidency in the second half of 2016.

“This represents an important milestone in our preparations for the EU Presidency,” said Lajčák after cutting the ribbon at the new building as cited by the TASR newswire. “This will be our main facility, our captain’s bridge, from which Slovakia will control processes within the EU.”

After the period of three years, the Slovak diplomats will relocate from the rented premises back to the original building of the Permanent Representation, which has been owned by Slovakia 1998 and is slated to undergo comprehensive reconstruction and modernisation in the meantime.

Up to 190 Slovak diplomats and experts will be stationed at the new premises. This is almost almost double the number of staff currently in Brussels.