AS OF THIS July Slovak pensioners will be guaranteed a minimum pension, but its sum will depend whether the pensioner saved for pension only in the first, pay-as-you-go pension pillar or also in the second, private pillar. While Labour Minister Ján Richter defends the difference, the opposition sees it as discriminatory and plans to send it to the Constitutional Court. 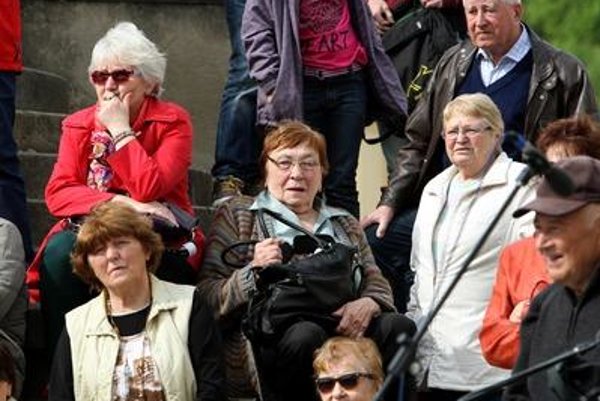 The opposition, which in principle agrees with introduction of the guaranteed minimum pension, considers the adopted legislation discriminatory as it divides pensioners into two categories and wants to turn to the Constitutional Court.

“You are punishing people, who decided long ago when it comes to pensions they cannot put all their trust only upon the state,” said Július Brocka, MP of the opposition Christian Democratic Movement (KDH) as cited by the Sme daily.

Parliament adopted the revision to the law on social insurance on May 13, while the social security provider Sociálna Poisťovňa should start paying minimum pensions as of July 1. Under the new rules, it will pay the minimum pension to everyone who has worked and paid old-age pension insurance for at least 30 years and reached the retirement age. The sum for them will amount to 136 percent of the subsistence level, which is €269.50 a month this year.

The minimum pension of those who saved also in the second, private pillar, will be reduced while the reduction scheme will be based on the ratio of their payments into the first and second pillar during the years they paid old-age pension insurance premiums.

Brocka has calculated that the difference in case of the lowest minimum pension will be €24.

“We consider the law from the workshop of Minister Richter as unconstitutional because it discriminates savers in the second pension pillar,” they argue as cited by the SITA newswire.

As the opposition expects that also in case the president vetoes the revision the parliament dominated by Smer would adopt the revision again, it plans to turn to the Constitutional Court.

The opposition also perceives differing of minimum pensions for first- and second-pillar pension savers as a tool to get people out of the second pillar. The Fico government opened the second pillar for three months as of March 15 to enable those unhappy with their returns in the second pillar to redirecting their money to the public pay-as-you-go pillar.

Richter does not agree with this argument, saying that he himself declared that the second pillar has its sense, but only for people of a certain age and income.

It is expected that about 75,000 pensioners will receive the minimum pension this year. The measure will cost €16.4 million in the second half of this year, and €31 million in 2016, SITA wrote.

Introduction of the guaranteed minimum pension will prevent pensioners with low pensions from the need to apply at the local office of labour, social affairs and family for material need aid. This is considered as administratively demanding as well as humiliating for some pensioners. Now, about 3,200 pensioners receive this social aid, which is about €60 per month, the Hospodárske Noviny economic daily wrote.

Ján Lipiansky, chairman of the Association of Pensioners in Slovakia, welcomes the introduction of the minimum pension.

“I am glad that people, who worked years for low wage will be not thrown upon material need aid,” Lipiansky told the Pravda daily, adding that there are groups of teachers, medical workers, manual workers and people working in sectors of services, whose remuneration was kept at the lowest levels for years and that the institute of the minimum pension would help them a lot.

According to him, differentiating between savers in the first and second pillar will touch upon the current generation of pensioners only minimally.

“And in terms of those future pensioners, there is, alas, the setting of the minimum pension only one of problems which should have been solved,” said Lipiansky. “We do not know under what conditions people now in their 40s would retire. Our pension system changes constantly.”