AFTER a severe beating from police, Milan Hudák, a 31-year-old Roma man, decided to change his life aiming to graduate from high school and become a teacher. His story uncovers obstacles which Roma living in a settlement have to deal with, as well the difference that NGOs can make. 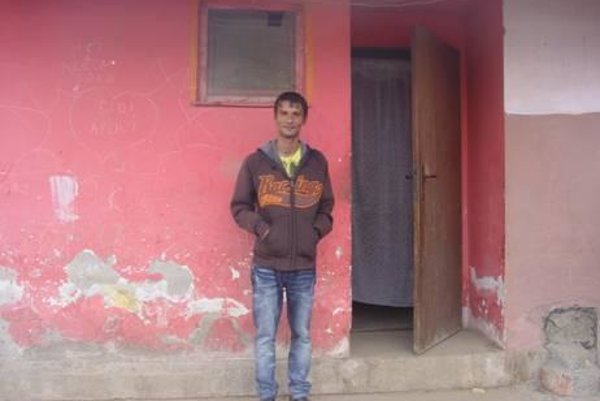 Hudák's story caught the attention of the Faction Films company which is currently working on a 25-minute English version documentary for the Al-Jazeera news channel. It will be part of the Witness programme which broadcasts the documentaries of independent authors from around the world. The aim is to show interesting stories which have not caught the attention of the media yet.

Hudák, who goes by the name Igor among friends, lives in the Roma settlement informally named Budulovská outside the town of Moldava nad Bodvou in Košice region. Some 800 people live in the settlement, isolated from the rest of the town. Half of the residents do not have running water and just a handful have jobs. Difficulties with the Hungarian language used in local elementary schools and a lack of motivation means many of the children do not finish high school, according to Igor.

“We are not here to accuse somebody for conditions in which Roma from the settlement live,” said Benjamin Cunningham, a senior editor with The Slovak Spectator and producer of the documentary. “We only record what is happening in the settlement. There is no agenda; it is up to the audience whether they will accept what we show them.”

Igor says that in his childhood he was quite a good student, however, everything changed when his father was arrested and went to jail. He left school and began using drugs and stealing iron in order to have money for food and drugs.

“Toluene abuse helps people to not feel hunger, they have no worries and have everything they want,” Igor told The Slovak Spectator.

In 2009 ETP Slovakia, a non-profit group that works with ethnic minorities, constructed a small community centre in the settlement and Igor volunteered to work with children there.

The community centre is one of few possibilities for settlement inhabitants to improve their education. It also provides pre-school education for Roma children teaching them how to distinguish colours, shapes or draw pictures. Moreover, social workers in the centre teach children manners and how to avoid conflicts with classmates as many of them do not receive such education from parents, according to Budulovská community centre employee Irma Horváthová, who is Igor’s sister.

“Igor learned here many important things such as how to work with a personal computer,” Horváthová told The Slovak Spectator. “However, before all, he learned to dream [about his future] which many children living here are not able to do.”

The very first day he worked in the centre Igor had an idea that he wanted to become a teacher, he says. He also became friends with several people outside of the settlement which prompted him to quit drugs.

“Suddenly I became ashamed of what I was doing,” Igor said. “After I stopped using drugs I helped another six or seven boys quit.”

Since then Igor has been teaching local children the history of Roma, sex education and drug abuse prevention. He also wrote a drama about his life as a drug abuser which is acted out by young people in the settlement.

In order to become a teacher Igor tried to study at grammar school in Košice, but he struggled with the Slovak language. He explained Roma children in the settlement speak Romani with their parents until they are six years old. Then they learn Hungarian during studies at the local elementary school, which uses Hungarian as its main language and teaches Slovak as a foreign language. Igor continued to work with children, however, his dream of becoming a regular teacher was fading.

A major shift came on June 19, 2013, when more than 60 police officers raided the settlement. Police were purportedly seeking seven men. They found none of those men, but according to eyewitnesses, violence ensued and 15 other Roma were taken to the police station. Several of the Roma were injured.

“It was terrible I don’t want to even think back about that,” Igor said, “they cut my head, took our money and destroyed our cell phones.”

He added that he was taken to the police station where officers threatened to break his arms.

While police allege they were attacked upon entering the settlement, none of the 15 detained were ever charged with a crime resulting from the clash.

Soon after the beating he decided to leave the settlement and asked Dr Ámbédkar Grammar School in the village of Sajókaza, in Hungary, for permission to study there.

“Igor wrote us that he would like to attend our school to finish his education,” school director Tibor Derdák told The Slovak Spectator. “Secondary schools in eastern Europe are not prepared to accept such young people because of discrimination and lack of professional approach.” 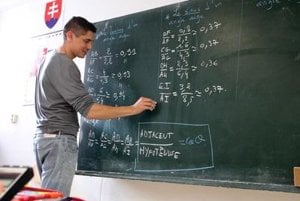 The Dr Ámbédkar Gimnázium is a special secondary-level school supported by the Hungarian state, Buddhist groups and private donors.  A network of schools has more than 400 young adult and adult students, most of whom come from extremely poor Roma communities. The four education centres of the school operate in small villages near Miskolc city in northeast Hungary, providing primary and secondary education and vocational courses, according to the school’s webpage.

The school was inspired by the Modern Buddhist Movement in India campaigning against social discrimination against Dalits, the untouchable caste in the Indian caste system. Derdák compared some problems of Roma living in central Europe to problems Dalits have in India.

When children come to school, first of all, they need to learn basics. For example, when Igor visited the school for the first time he was not able to find Africa on the globe. However, they learn quickly and after some time they are able to move to regular study, according to Derdák.

Children studying there are not extraordinarily problematic when compared to their counterparts in regular high school, according to Judita Szűcsová who teaches art theory at the grammar school and has worked at mainstream schools in the past. She added that teachers there are not soft on students when it comes to marking their results. Instead, they rather provide students extra lessons so they can improve.

Igor, who is now studying in the second class of the school, is a good student who is able to inspire his classmates as well as people living in his settlement. It is because of his age and devotion to reach his goal, Szűcsová says.

Péter Galyas, a 19-year-old student at the school, told The Slovak Spectator that he wanted to quit, but that Igor persuaded him to stick with his studies.

“I have heard many of my classmates say that their highest goal in life is to get activation work,” Igor said. “But I have always been responding that they should graduate and thus be able to find a good job, as I want to become a teacher.”

Igor defies a ton of stereotypes about Roma. He is quiet, mild mannered and polite. As the documentary was being filmed, the entire settlement proved welcoming to the filmmakers, Director Karim Shah said. He added that the point of such documentaries is to show people the daily life reality of those communities so the public can understand them.

Igor’s story illustrates how people from marginalised communities can improve their lives with a little help, Shah said.

“It is very rare for these things to happen in isolation, even Igor’s change has not happened by itself,” Shah told The Slovak Spectator. “People can see influence of his sister as well as help from the ETP organization.”