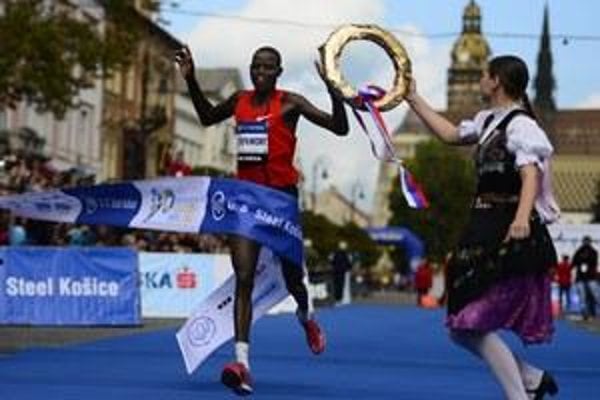 International Peace Marathon in Košice is the second oldest marathon in the world and the oldest in Europe. (Source: TASR)
Font size:A-|A+44

Košice, which is dubbed the capital of the Slovak East, has thereby been awarded another prestigious title after holding the title European Capital of Culture 2013. Košice mayor Richard Raši announced the receiving of another title after being notified of the official decision by ACES Europe president Gian Francesco Lupatelli on June 8.

“We have the honour to declare Košice the European City of Sport for 2016,” Lupattelli wrote in the letter. “We congratulate you on the title because your city is a really good example that sport is an instrument of health, integration, education and respect for all. These are ACES Europe’s main goals.”

According to Raši, Košice as the European Ciity of Sport will attempt to attract as many people as possible to engage in sporting activities. Raši stated that those in social need will be able to take part in sports for free at the city's facilities, while the local authority will also make it easier for the disabled and elderly to go for sport.

“As soon as the candidacy was announced, the city began receiving offers from sports associations, including international ones, to organise sporting events,” said Raši. “This won’t only bring an economic effect, but also sports experience, and motivate youth into purposeful sporting activities.”