SLOVAKIA has demonstrated again that it has unique wines, vineyards and wine makers when it placed highly at the latest prominent wine competitions. 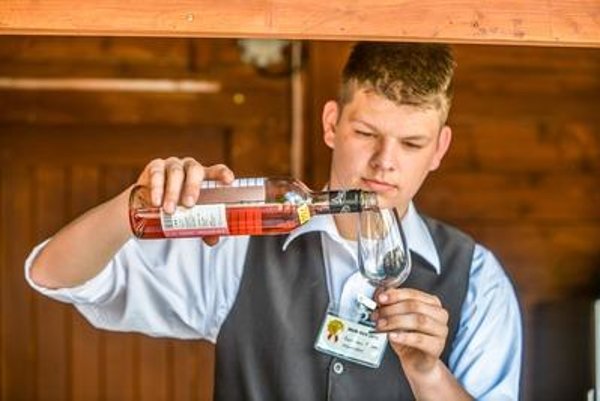 Five years after the triumph in Paris at Vinalies Internationales, Slovakia confirmed that it is a country of excellent rosé wines. Cabernet Sauvignon rosé from 2014 of Vladimír Mrva and Peter Stanko has become the champion among rosé wines at the international wine competition Vino Ljubljana.

“Rosé by Mrva & Stanko Winery did not have a competition in Paris and it did not find it even in Ljubljana,” wine expert Fedor Malík told Pravda.

The winning rosé surprises with a cassis scent, fresh acids and fruity piquancy. According to Malík, the world considered rosé from Provence to be ideal. These are also fresh wines but the Slovak rosé emotion is new, strong and exciting and overcoming a traditional look on rosé wine.

Slovak rosé is an example of how need turns into virtue and unbelievable advantage. Cabernet Sauvignon is a blue variety destined for production of top red wines. But in Slovakia it does not always ripen. Slovak winemakers have turned this weak point into advantage when they process Cabernet Sauvignon into rosé. Mrva, a man with a genial wine sense, has discovered a new form of rosé, respected by the world, Pravda writes.

“The wine caught attention by a suggestive jasmine scent and a beautiful fresh taste,” said enologist Edita Ďurčová as cited by Pravda.

The gold from Canada opens the world’s eyes that not only Hungary but also Slovakia is part of the Tokaj region and produces wines which ravish people, especially Canadians.

“Not sherry, neither Port wine or Madeira, but Tokaj is more favoured in Canada,” said Ďurčová, adding that this is because it has a lower alcohol content and that golden Tokaj by Ostrožovič and silver Tokaj by Macík also boasted beautiful fresh acids.

After another international success of Slovak wines there remains an unanswered question of how to benefit from it as Slovakia is not able to export wine in large amounts because vineyards keeping shrinking. Slovak wines might garnish some top world restaurants, but they especially should send an impetus to foster more Slovak wine regions and draw tourists to wine tourism in Slovakia, Pravda concluded.