Kiska: We need to restore citizens' trust in the state

PRESIDENT Andrej Kiska presented on June 18 his first state of the republic report in the parliament to mark the first anniversary of his inauguration and announced he will make it a tradition. 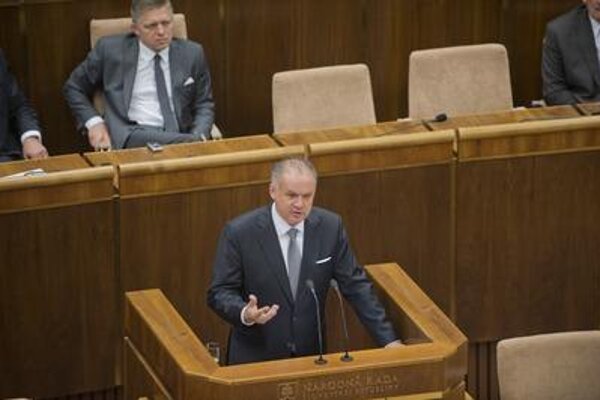 "It seems like our country has been overcome by fatigue for some time now," Kiska said in his address, as he spoke about the parliamentary elections coming up in less than a year. "In part of the society even resignation. People still turn up to vote, but they only maintain little faith that things could move significantly here."

Kiska claimed he will call on citizens to vote in the elections and added he was not going to give any recommendations as to whom they should vote for. 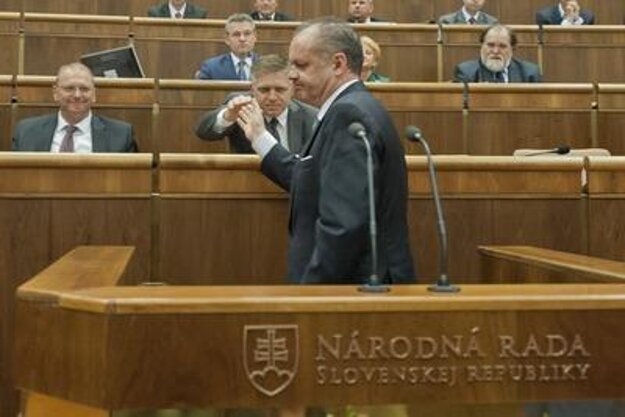 "I am convinced that we have found ourselves in a critical time, to restore the trust of citizens in the state," Kiska said, adding that this can only be done by being demanding and by attempting for a "qualitative jump" in some areas.

Although this is the first state of the republic address by Kiska, it is not the first time he spoke to the MPs in the plenum. He previously used this constitutional right in November 2014, after the CT scandal that prompted several personnel changes including the resignation of the then parliament speaker, Pavol Paška. Back then, Prime Minister Robert Fico did not attend the parliamentary session. This time around, Fico sat in the plenum to listen to the president's address. 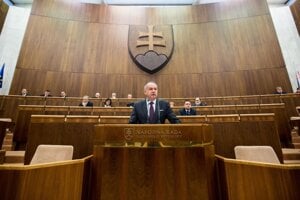 "Without order and transparency no system will work any better," Kiska said, and mentioned health care and judiciary as examples.

In the health care area, Kiska also spoke about the plan to introduce single state health insurer and the ban on profits for health-care insurance companies that he believes will be turned into one of the topics of the campaign prior to the 2016 parliamentary elections, Sme daily noted.

Kiska in his speech criticised Defence Minister Martin Glváč, Sme further noted, in connection with the major purchases of military technology. The minister does not follow the strategy and it is not clear what his department will buy and how it will pay for the purchases, according to the president.

As a foreign policy stakeholder, Kiska mainly mentioned the migration problems that the EU is currently dealing with.

"Slovakia is not a country of entry of this mass wave of immigrants, nor do we belong to their countries of destination," Kiska said, adding that in fact, Slovaks have basically zero experience with the immigration issues and Slovakia grants only small number of asylum petitions every year. Despite that, Slovaks do not shy away from strong statements and categorical judgments in this area, Kiska pointed out.

"I personally think that we do have the possibility, and as a successful country also the moral obligation, to help these people," Kiska said in his address. "Our internal debate in Slovakia about them will also be a debate about us. And our decision will have the character and the power of a gesture. Let us be active and let us name whom we want to help. How many people we want to and are able to help. How we can show elementary human solidarity."

Kiska also noted that Europe is living in insecure and problematic times mainly due to the violated sovereignty of Ukraine, Slovakia's neighbour. These times are "a test of pragmatism, a test of our cohesion and principles the European Union is standing upon". 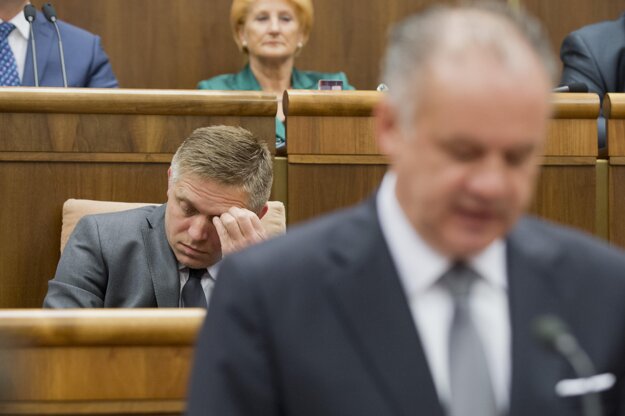