Lajčák: Weight of V4 grows in eyes of foreign partners

SLOVAKIA’S Visegrad Four (V4: Czech Republic, Hungary, Poland, Slovakia) presidency expires this month. In hindsight, Foreign and European Affairs Minister Miroslav Lajčák is convinced it was an extremely dynamic term, fully in the spirit of the presidency’s motto “Dynamic Visegrad for Europe and Beyond”. 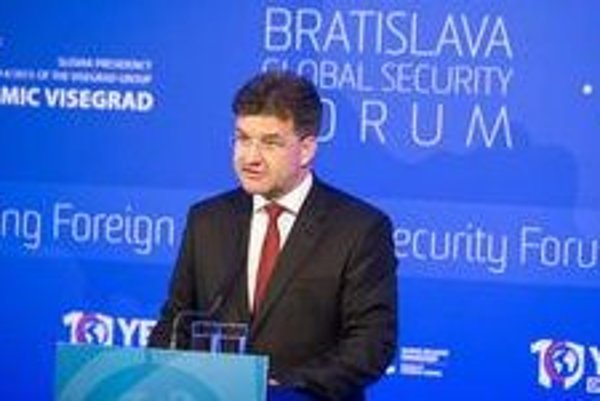 During this period, some 140 events associating both politicians and experts were organised, three of which were summits of presidents and prime ministers.

“It is with great pride that I observe that the significance of the V4 is growing also in the eyes of European and global partners, who demonstrate rising interest in talks held in successful V4+ format,” said Lajčák as cited by the TASR newswire.

During its year-long Slovak Presidency, the V4 followed up on the inter-regional dialogue with countries of the Western Balkans, Eastern Partnership, Scandinavian and Baltic states. Aside from traditional European partner countries such as Germany, France and Great Britain, the political dialogue has been extended also to Switzerland, South Korea, Turkey and China, with South Korea and Switzerland becoming active donors to the International Visegrad Fund.

Following the example set by V4, Balkan partner countries have committed to strengthening regional cooperation and establishing the Western Balkans Fund, based in Tirana.

The group has also launched the project to pass on its transformation experience to Ukraine in the spheres of decentralisation, energy, building of civic society and business support.

“The Visegrad group has acquired the legitimate standing and reputation of a constructive partner also within the EU,” said Lajčák. “When V4 countries speak with a united voice, European partners are listening closely. Many global players also perceive us as a single entity.”

He added that representatives of these states frequently coordinated their stances before EU summits, resulting in joint positions on climate-energy measures, energy union, the digital agenda, Eastern partnership and migration quotas. In the field of defence, two strategic documents for development of defence capabilities were passed: V4 Defence Cooperation Action Plan and V4 Training and Exercise Strategy.

Lajčák also considers the inking of an agreement on creating Visegrad Patent Institute to be an important milestone in its history. The new institution will belong among such regional projects as the European Patent Office or the Nordic Patent Institute.

It is the Czech Republic that will assume the V4 Presidency as of July 1.

According to Lajčák, the V4 remains for Slovakia the most stable and effective regional platform in Central Europe.

“We’re not a political bloc, therefore, we don’t necessarily need to have the same opinions on everything,” said Lajčák. “We will continue to act as a loose partnership association, where interests of individual members intersect in many fields.”