IN EXACTLY one year Slovakia will take over, for the first time in its history, the six-month EU presidency. 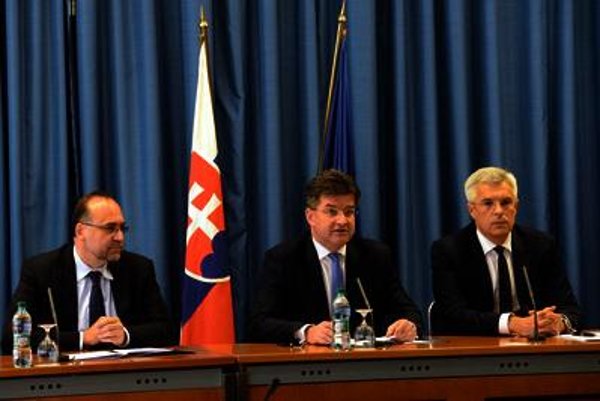 Along with countries preceding and following it, the Netherlands and Malta, it wants to focus on the digital single market, energy security and more, and aims to have the thriftiest presidency of the Visegrad Group countries. Slovakia will take over the prestigious post from the Netherlands on July 1, 2016 and at the end of the year it will pass the presidency to Malta.

“This is an unprecedented challenge not only for the Slovak Foreign Affairs Ministry and the cabinet but the whole country,” Miroslav Lajčák, the foreign affairs minister, said on July 1, when speaking about preparations to date, adding that Slovakia’s partners, European institutions and individual EU member countries will assess Slovakia based on how it handles this opportunity, how it manages the Council of the EU, and how far it is able to move the EU agenda forward and reach agreements.

According to analysts, it is an opportunity to show that Slovakia is a mature country, able to lead negotiations among EU member states but also among the other EU institutions, especially the European Parliament (EP) and the European Commission (EC). In terms of the agenda to be tabled during Slovakia’s presidency, experts are warning it not to come up with narrowly national topics and be prepared to address unexpected events.

Analyst Radovan Geist, publisher of Euractiv.sk, recalls that the presidency of the EU is sometimes called a test of the maturity of EU member countries.

“Passing of the test means good knowledge of how the EU operates, ability to moderate often very technically demanding specific negotiations, to search for compromises and last but not least a realistic view on one’s own interests and the possibility of pushing them through,” Geist told The Slovak Spectator. “Thus a well managed presidency will strengthen the image of the country, help accumulate symbolic capital which can be then invested into other fields of our functioning in the EU.”

Vladimír Bilčík, head of the EU Program at the Research Center at the Slovak Foreign Policy Association (RC SFPA) sees the EU Council presidency as an opportunity for Slovakia.

“The presidency is to be for a long time the most visible concentrated set of events covering EU agenda in Slovakia and with Slovakia in Brussels,” Bilčík told the Slovak Spectator.

Bilčík recognises two dimensions in terms of Slovakia’s presidency of the Council of the EU. The first dimension is the opportunity for Slovakia to show that it has graduated as an EU country and the second opportunity is to communicate a lot of European issues in Slovakia and in this sense offer both in Brussels and in Bratislava answers that Slovakia can deliver to the EU.

“So we really will be turning around the key question which has dominated Slovakia’s membership for 11 years since our accession and that is what does the EU bring to Slovakia,” said Bilčík. “Right now we have the question of what we can bring to the EU, but whatever we bring to Brussels will of course come back to us and our political and economic future.”

Both Bilčík and Geist agree that in terms of expectations from Slovakia’s presidency, it is not an opportunity to achieve some narrow Slovak interest.

“Let’s rather understand it as an opportunity to influence the course of further integration in the direction which we consider as wanted – in cooperation with other partners, member states and institutions,” said Geist.

Slovakia’s EU presidency was high on the agenda of the cabinet’s session on July 1 when Ivan Korčok, permanent representative of the Slovak Republic to the European Union, was appointed the cabinet’s plenipotentiary for the EU presidency.

“I would like to use all the experiences I have collected over the period during which I’ve led Slovakia’s permanent representation to the EU,” said Korčok, adding that he has experienced 12 presidencies and thus has a clear idea how a presidency should and should not look.

In his new position he said he wants to focus on preparation of the programme for Slovakia’s presidency, communication with European institutions – as this is of key importance for the success of each presidency – and communicating what can and cannot be expected from the presidency.

The cabinet also approved documents related to Slovakia’s contribution to the 18-month programme of the presidency trio of the Netherlands, Slovakia and Malta, as well as its national programme for the EU presidency.

Bilčík pointed out that the trio – a grouping of three consecutive six month presidencies that coordinate longer term plans – comprises three smaller member states: two relative newcomers, Slovakia and Malta, and one experienced country, the Netherlands. Unlike the other Visegrad Group countries (Poland, Hungary and the Czech Republic), which have already held the presidency, Slovakia is also a eurozone member country.

“We want to focus, and we have agreed on this with our partners, that one of our priorities will be the digital single market and within it support for start-ups and e-commerce, which means that we want to remove barriers to electronic trade,” said Lajčák, adding that this will be beneficial for companies as well as consumers.

Other themes to which Slovakia wants to contribute are those which are consistently high on the agenda of the EU, such as measures to support employment, but in some fields Slovakia wants to go deeper, for example concerning the energy union and energy security. In terms of external relations, key themes are the Eastern Partnership and Western Balkans.

“These themes create a basic framework,” said Javorčík. “But this document should be perceived as a live document. The development of the EU is very dynamic; we will have our programme priorities and agenda of the presidency also adapt to what the EU is experiencing [during Slovakia’s term].”

Lajčák recalled that Slovakia will hold parliamentary elections next March and there will therefore be a new cabinet at the helm of the country during Slovakia’s EU presidency.

According to Geist, the elections might have an impact in two cases: “If the result of the election were to be an unstable, murky political situation preventing the creation of a cabinet with sufficient support in parliament, or if the change of cabinet led to rapid and massive replacements at ministries,” said Geist, adding that in the first case this would weaken Slovakia’s political leadership and in the second its administrative capacities.

For now, neither of these scenarios looks very probable, he says, “but there are still several months until the elections and we have seen several times that internal political affairs as well as external crises can affect the support of political parties”.

According to Lajčák, apart from other matters, they have already chosen the logo for Slovakia’s EU presidency out of more than 230 proposals, but in line with tradition, Slovakia will introduce it only shortly before the presidency starts. Slovakia has already rented and opened a new, bigger, building of the Slovak representation to the EU in Brussels.

In terms of the presidency’s budget, Slovakia has the ambition to be the thriftiest presidency out of the Visegrad Group countries with a budget projected at €70 million. Lajčák specified that these funds will not be directed to Brussels, but will be spent on Slovak employees, experts, into hotels in Slovakia, and presentation of Slovakia’s culture and regions.