COMPANIES in Slovakia that want to apply for state commissions in public tenders will have to publish their final beneficiaries, with a public registry set to be developed, according to the Public Procurement Office’s (ÚVO) bill presented by Justice Minister Tomáš Borec approved in parliament on July 4. 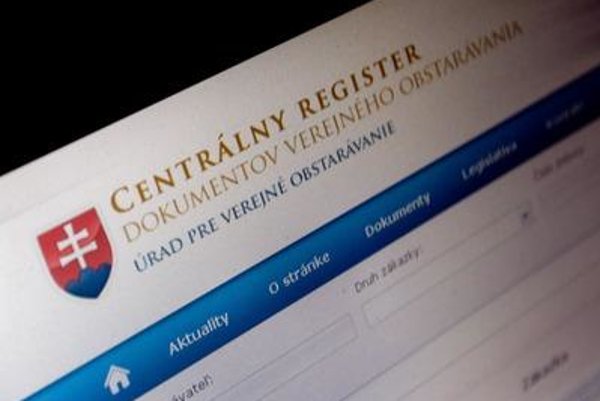 This bill was passed by 78 Smer MPs, Elemér Jakab (Most-Híd) and independent Martin Chren. Two MPs were against and 36 abstained from the vote, the SITA newswire wrote.

The registry set up for this purpose will contain data of private individuals who are real, not only formal owners of entities taking part in public tenders. Public institutions organising tenders will not be able to sign contracts with bidders who do not have their final beneficiaries in the registry. This also concerns sub-suppliers and people who ensure the bidder’s economic and expert competence in the tender. This step shall prevent the operation of shell companies with dubious or unknown owners in Slovakia.

Identification of final beneficiaries will increase transparency, prevent conflict of interest from emerging and will also fight against corruption, ÚVO opined as quoted by the TASR newswire.

The tender organiser will be able to cancel a contract with a bidder that did not have its final beneficiaries listed in the registry at the time when the contract was signed. If the organiser does not do so, it may be fined with a value equalling 5 percent of the contracted price. Meanwhile, the bidder may be fined €10,000-1 million, and banned from taking part in public tenders for three years.

The bill also deals with options for removal of beneficiaries from the registry. Apart from traditional reasons, such as providing false data, this can also take place when the beneficiary has residence or headquarters in a country that does not cooperate in identifying final beneficiaries. ÚVO should be provided with an exemption from tax and banking secrecy provisions to be able to check the veracity of data in the registry.

The opposition, however, views the bill as insufficient, demanding that the mandatory registry also concerns the drawing of EU funds, acquisition of state property and collection of health insurance. The governing Smer did not back these proposals, however, and it also thumbed down Ordinary People and Independent Personalities’ MP Miroslav Kadúc’s proposal on introducing personal accountability of public officials in public tenders.

The amendment shall be effective as of September 1.